The XIX century neighbourhood was the former Arabic village.

Les Roques formed part of the fortified wall “Raval” or neighbourhood. Based on the excavations and as the investigations by local historian have shown, this fortified wall neighbourhood (Raval) was part of the Arabic city known as the “medina” prior to the Christian Conquest in the 13th Century, with its own bath-houses, mills, ovens, etc. These Arabic neighbourhoods or “raveles”, including the maritime barrio, were next to the “Alcazaba” (Arabic palace which was located in the upper section of the castle in that period) and the “Albacar” (a cattle grazing area during the Islamic period), the city’s urban space is comprised by 3 concentric fortified wall enclosures. In 1297, King Jaime II order the entire city to be transferred to the castle interior and surroundings, in the lands where the Alcazaba and the Albacar were located during the Arabic period, thus forming what was known as the “vila vella” (old city), for defensive reasons and the city’s reinforcement as a military bastion. The city walls jointly with the houses in the fortified wall barrio were demolished, although one section of them remained either because they were not destroyed or they were rebuilt. In fact, you may see an excellent sample of the Arabic walls in the north of the Les Roques barrio even today.

We recommend a stroll through this neighbourhood to enjoy this urban setting inspired by the Arab presence although completely transformed by the Christian civilization.

It is the access gate to the Castle of Dénia and a neighbourhood that has little pedestrian traffic, with its peaceful low-level houses; it is an area very near to the city centre (by descending the castle stairways, we are already in the city centre). 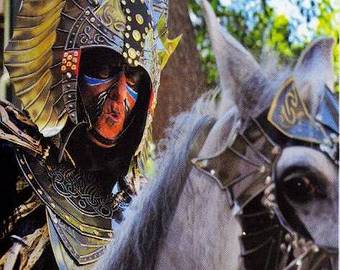