A Route through the Historical-Industrial Heritage of Sagunto

A Route through the Historical-Industrial Heritage of Sagunto

Sagunto is one of the cities with more history in Spain. Its ownership dispute between Romans and Carthaginians resulted in the Second Punic War in the year 218 BC. As a result of its rich Roman past, the city of the Camp de Morvedre region preserves a unique patrimonial legacy, of which its theatre stands out, built in the year 50 of our era and which is currently the seat of the Festival de Teatro Sagunt a Escena.

Sagunto not only preserves excellent archaeological vestiges of antiquity as its theatre. The Valencian city is also the heir of remarkable industrial heritage. Not in vain did its Port housed the Altos Hornos del Mediterráneo becoming one of the main nuclei of the Spanish steel industry in the seventies. It was one of the last industrial centres of the country.

The most recent history of Sagunto has taken the form of a tourist route for the enjoyment of the traveller. In particular, the visit to the Alto Horno nº2, which, like a skyscraper, dominates the horizon of Morvedre and surrounding areas. The itinerary for the industrial heritage of Sagunto also includes the visit to the General Workshops and the old Almacén de Efectos y Piezas de Recambio, the future museum of industrial archaeology.

The factory was responsible for supplying the new population centre with the facilities it needed, such as hospitals, schools, churches, police stations and the workers' neighbourhood, consisting of 112 ground floor-houses with small garden areas in a  reminiscent style of British communities.

Of notable importance is the place where the engineers' chalets were located, which followed the model of the British garden-cities, combining small verges with Basque-style buildings. Within this environment, the management of the house of industrial Ramon de la Sota is worth mentioning, converted into a casino in 1940, and the factory headquarters.

The route also includes the visit to the Commissary of Producers, the Office,s and the Altos Hornos Management (built in 1921 to host official and recreational events), the Old Hospital or the Old Sanatorium and the current Civic Center. Likewise, a religious building, the church of Our Lady of Begoña, is included in the tour.

The origins of the Altos Hornos de Sagunto are due to the initiative of the Basque shipping company Sota y Aznar, which chose this point of the Mediterranean coast in 1900 to unload iron ore from Ojos Negros (Teruel), and the subsequent creation of the American, Mediterranean Steel Company (1917).

It was constituted from the facilities of Altos Hornos de Vizcaya S.A. in the Port of Sagunto in 1971. The economic crisis of 1973 produced in 1975 a crisis in the steel industry that affected the company, which suffered increasing losses and had to be restructured.

In February 1983 an agonising period began that lasted for a year and a half until the government decreed the definitive closure of the Saguntina factory in a process known as industrial reconversion. Its activity ceased on October 5, 1984, leaving 3,300 workers unemployed.

Declared 2018 Year of European Cultural Heritage and forming part of the European Route of Industrial Heritage (ERIH), the delegation of Tourism of Sagunto, in collaboration with the  Asociación del Patrimonio Industrial Valenciano (APIVA), has programmed during the months of April to December a series of guided visits and family workshops of Industrial Heritage, which will take place the last weekend of each month. 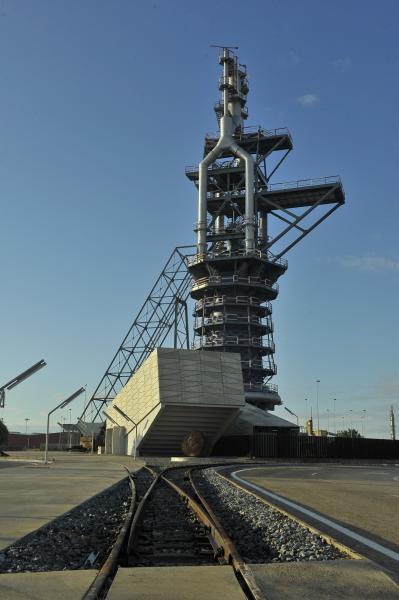 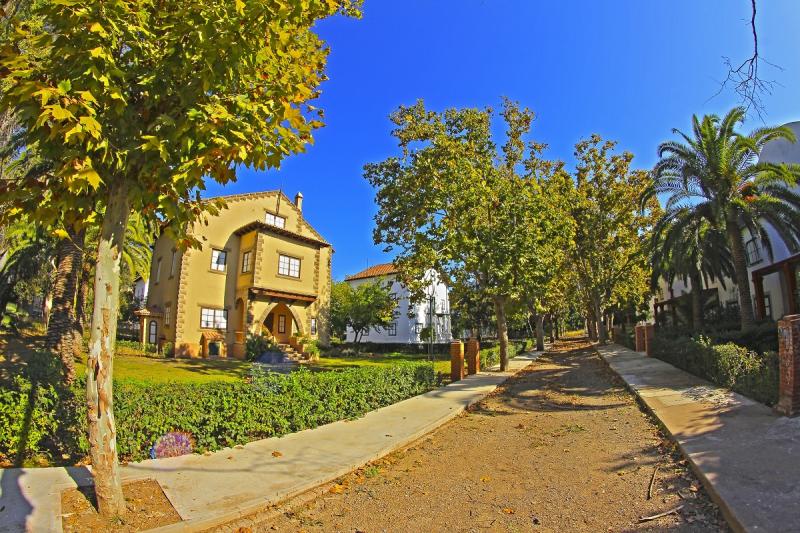