Bells of the Region of Valencia: the Tallest Bell Tower Is in Ontinyent

Bells have been part of the Spanish heritage for centuries. However, over time the construction of new belfries has been decreasing, and the old ones have been deteriorating. Except in the Region of Valencia, where bells continue to be built and restored so that today it accounts for 50% of the total manufacturing nationwide.

At present, the sound of the bells is a fundamental part of each celebration in the Region of Valencia. And although this tradition extends to the rest of Spain, the Valencian bells must turn, while in other communities it is enough to hit them.

The turning of the bell is a relatively recent tradition because the first one that turned was in the year 1560 in the Cathedral of Valencia. Throughout time, this custom has been extending to our days and becoming a benchmark of our heritage.

In the Region of Valencia there is no party without bells and from there, the need to continue building and restoring its bell towers arises. In the last decades, many buildings have been rehabilitated, such as Santa Caterina in Valencia, the Campanar in Vila de Castelló de la Plana, the Sogorbe Cathedral, the Sant Nicolau d'Alacant Cathedral, the Seu de Xàtiva or the Church of Santa María de Ontinyent among a hundred other restorations.

The title of the tallest bell tower of the Region of Valencia is held by the Church of Santa María de Ontinyent. It was built between the XIV-XV centuries on an old Arab mosque and is Gothic. This record was the subject of controversy with the Seu de Xàtiva, 69 meters high, after a controversial study in 1995. Finally, in 1998-1999 it was demonstrated that the tower of Ontinyent surpassed it with its more than 71 meters in height.

Its height is due to the succession of events that the building suffered throughout history. From an earthquake that destroyed the old mosque, to different reconstructions due to deterioration of the monument.

But the bell tower of Santa María is not only the tallest but, with its 13 bells and a rattle, it has the record of having the largest number of bells of all the bell towers of the Diocese of Valencia. A title snatched in 2006 to the bell tower of Micalet of Valencia,  recognised as one of the most significant sets of Gothic bells in Spain.

The Church of Santa María de Ontinyent is also known for its massive vault and for possessing in its interior works of art by the Valencian sculptor Mariano Benlliure, paintings by José Segrelles, and valuable examples of Italian Baroque. Climbing to the top of its tower is a real luxury, to be able to contemplate a spectacular view of all Ontinyent and Vall de l'Albaida.

The Valencian bells have a crucial patrimonial value and, fortunately, they are still updated by young people who wish to preserve and value this extraordinary sonorous tradition. 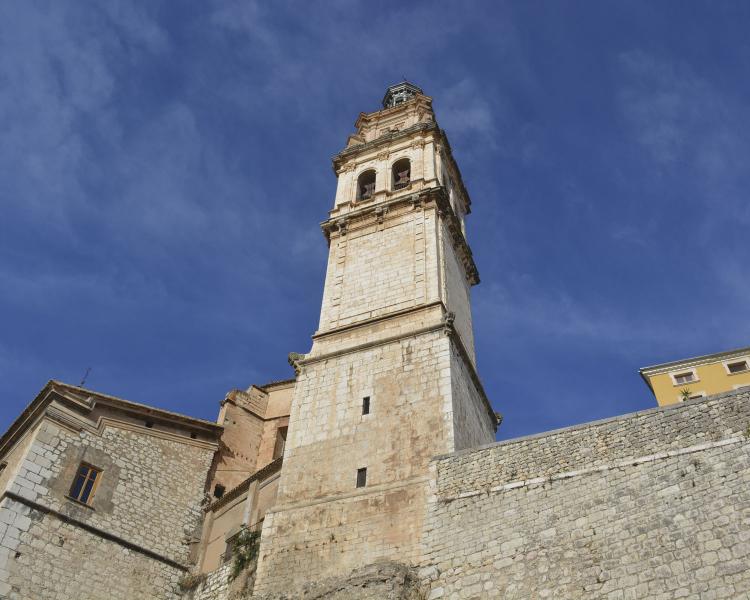 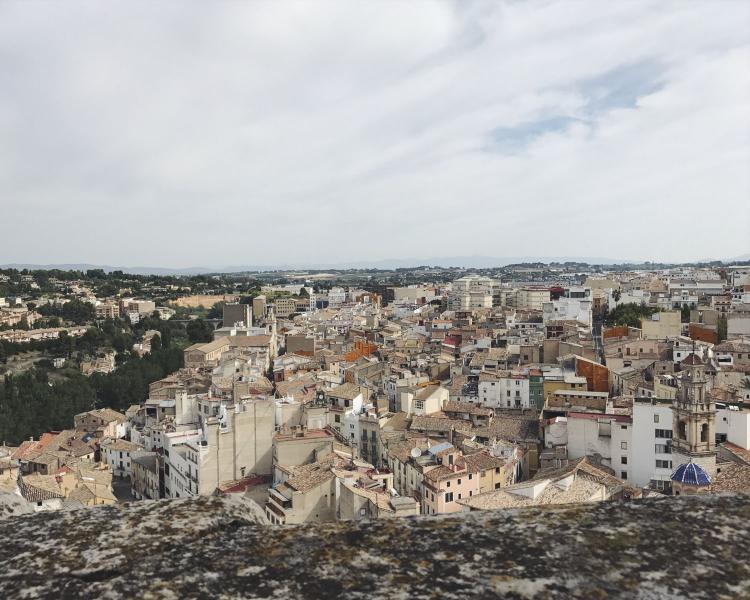