Bird Watching in the Hondo Natural Park in Elche (Alicante)

Bird watching is an activity that focuses on the recognition of birds and their classification according to species, plumage, flight patterns, and song among other parameters. It is an enjoyable activity for some, as well as relaxing and entertaining for others.

In general, bird watching requires developing specific skills, such as the ability to differentiate shapes and colours at a distance. But beyond the activity itself, what is important is that it allows developing a deep connection with nature, favouring its respect and actively participating in its conservation.

Bird watching; a tourist proposal that invites looking at the sky

What is lovely about this experience is its environmental quality. Beyond the fun attributed to bird watching, we find an opportunity for ecological tourism that invites us to connect with nature, bond with it and learn to recognise, not only birds' behaviour but also the difficulties they face. They share natural spaces with predators, such as human beings, who are mainly responsible for the decline of many species' population for different reasons.

The European continent leads this tourism proposal and is frequently visited by ornithologists and bird specialists from all over the world. Bird watching refers to an Anglo-Saxon term, based on the habit of observing birds within their original habitat, since that is where nature can display its beauty and majesty.

In Spain, the Spanish Ornithological Society has approximately 1,100,000 active members, among them the most outstanding professionals in different specialities related to the conservation and protection of ecosystems and the environment.

Naturalists are the main fans of this activity, and Europe is a unique area to enjoy bird watching since during certain season dozens of migratory species and residents reach some territories arising the curiosity of bird lovers.

Where can we enjoy bird watching?

Bird watching areas are often natural parks, protected areas that allow the life development in all its splendour, far from the negative influence of environmental pollution produced by large cities.

There are some consolidated tourist destinations concerning this activity, and one of them is located in Alicante. The National Park of El Hondo, in Elche, a temporary and permanent place for birds like white-headed ducks, herons, red ducks, seagulls, and many other local and foreign species that delight the senses of every bird lover and ecological tourism.

Several tour companies offer charters with ornithological observation routes in El Hondo. The organisation Bird Watching Spain is also responsible for carrying out this kind of tours, always having as primary objective to promote the development of an environmental protection culture that allows the conservation of the many species of birds in the protected territories.

El Hondo Natural Park is part of a territory that was formerly the mouth of the Vinalopó River, which began to dry in the Middle Ages until the eighteenth century. This process happened with the objective of converting the area into agricultural territory. Two reservoirs were built in the twenties, to distribute water to farmers settled in the area.

Currently, these reservoirs are almost hidden behind the vegetation of extensive reed beds. Water and vegetation attract millions of birds of the most exuberant species annually and they, in return, encourage thousands of tourists to enjoy bird watching in Alicante, an activity that has won its own space in the hearts of different people, from amateurs to the most outstanding ornithology experts. 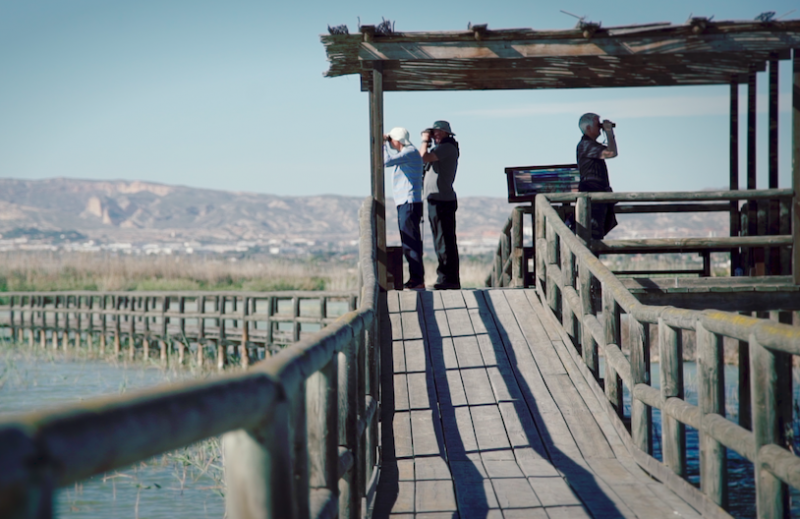 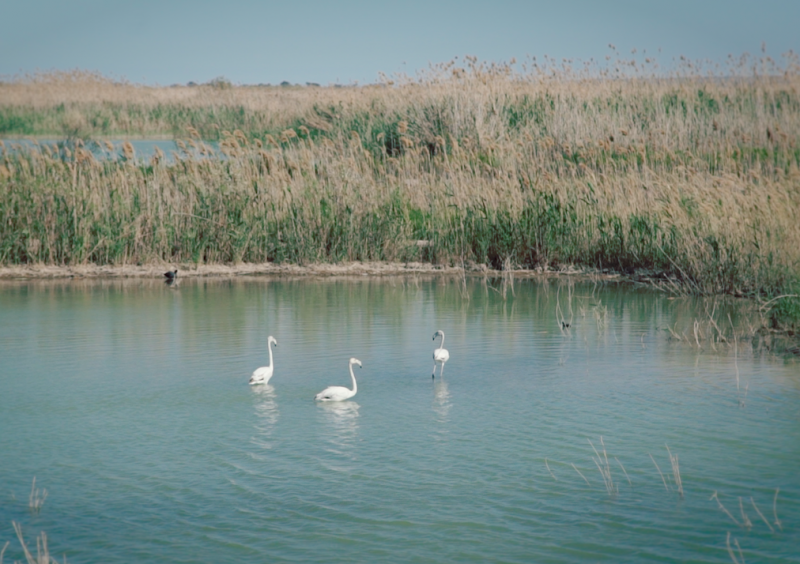 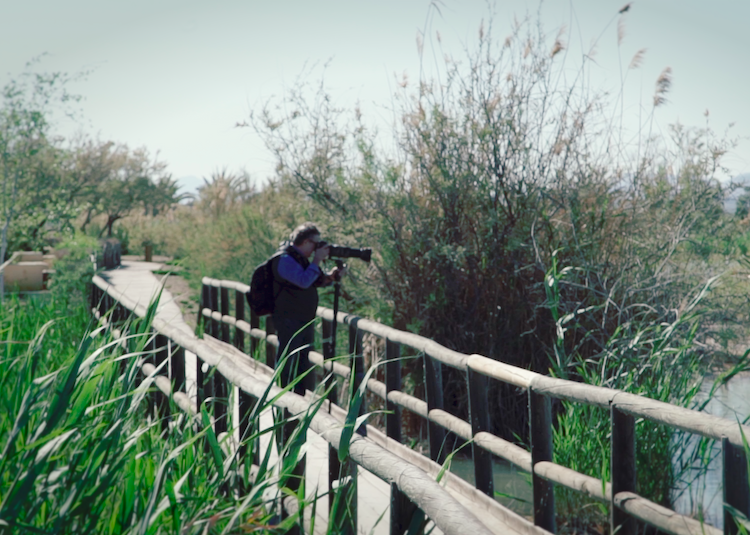