Social networks have marked a before and after concerning tourism, bringing to light places of great beauty that were little known before.

In the Region of Valencia this phenomenon, mainly through Instagram, has already raised awareness on places like the Red Wall by the architect Eduardo Bofill, located in Calpe, becoming the stage of thousands of photographs.

Since last summer, another place in the Region of Valencia has jumped to fame. A blue door located in the Portixol Beach or Barraca where instagrammers from everywhere queue to be able to take a picture.

La Barraca is located in Xàbia, on the Costa Blanca, a town famous for its transparent waters and its coast dotted with coves. Also known as the Portitxol beach, it has a rescue service during the summer season, restrooms, two restaurants and a small parking lot. It is mainly known for its fishermen's white houses with blue doors and windows that remind of the typical landscapes from Greek islands.

One of those doors has become world famous after influencers like Marta Lozano or Sonia Marí Andrés with thousands of fans have taken a pose in front of it. This door is not the only point to stop for a picture, the whole beach is surrounded by a beautiful natural environment, with the Illa del Portixol in front, the fishermen's houses, the Cap Prim on one side and the Cap Negre on the other. It has always been a popular place for locals to relax, sunbathe, and cool off in its clear waters.

A beach that, without a doubt, must be taken into account if you visit the town of Xàbia. 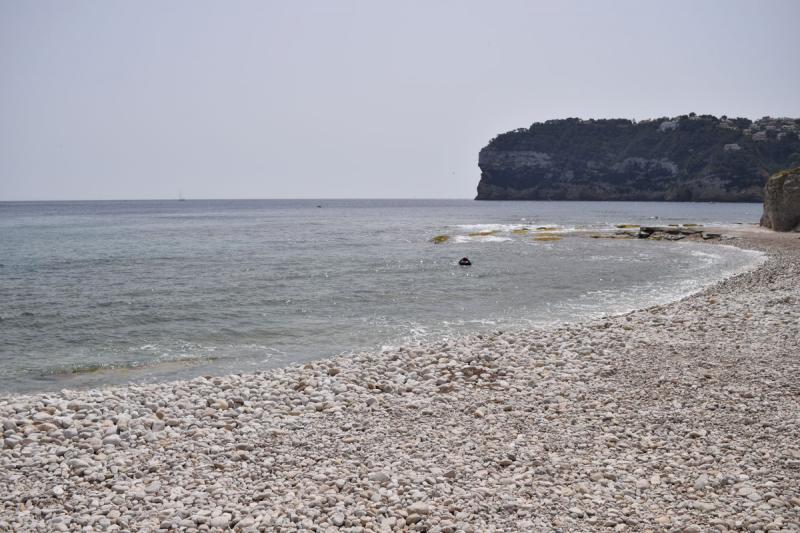