Here is the history of the Castell de Guadalest: enter and learn about its origins and some of the curiosities of this medieval castle located in the province of Alicante. Discover the Region of Valencia!

Located in one of the most beautiful villages in Spain, the Castell de Guadalest is crowned by a vast rocky mass that dominates the entire Guadalest Valley. Thanks to its peculiarity, in 1974 it was declared a Historic-Artistic Site, and today it is one of the most fabulous tourist destinations in the country.

The Castell de Guadalest already existed in Muslim times, and over the years, it has belonged to numerous families. Since Jaime II donated it to the Sarrià family in fief in 1293, it has witnessed innumerable anecdotes and crown feats.

From the Royal family of Gandia to the Cardona, with great historical relevance when the latter married to María de Colón and Toledo, granddaughter of Christopher Columbus, the discoverer of America. Between shifts of families and manors, the Castell de Guadalest suffers a series of events that changed the history of the municipality. In 1609 the Moors were expelled from the valley which, due to the Islamic predominance, left a substantial demographic void, tried to recover with the CARTA PUEBLA DE 1611.

Years later, two great earthquakes would destroy the castle and shortly afterwards, already in the XVI century; the Orduña family would take the reins, being perpetual alcaides until reaching the nobility. The Castell de Guadalest was also affected in the War of Succession in 1708, suffering a collapse in its west wing, while the house of the Orduña burned down.

Despite its controversial experiences, in the 20th century, the Castell de Guadalest began to rise. In 1949 the wall was subject to the decree of Generic Protection of the Spanish Castles, and a few years later the construction of the reservoir begins, finished in 1971. Since then, the municipality awakens the interest of the neighbouring population and becomes a great tourist destination.

In addition to being declared a historical-artistic complex, the municipality also receives several prizes, such as the Tourist Merit award in 1980; the Beautification and Improvement of the towns of Spain in the year 1981; the mention as one of the most beautiful villages in Spain in 2015; and in 2016 enters the Federation of the most beautiful villages in the world.

Today you can visit much of its heritage, from the famous castle and tower located on the top of the rock; the parish church dating from the eighteenth century; the prison and numerous museums, among which Casa Orduña stands out, which was rehabilitated to become a Municipal Museum. The castell de Guadalest can also be enjoyed by its nature. Thanks to its scenic beauty, you can enjoy numerous routes and experiences around its reservoir. 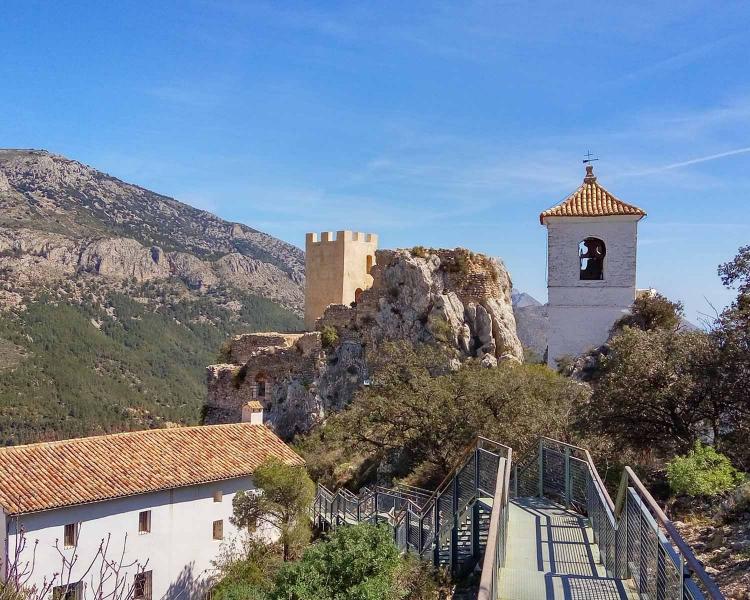 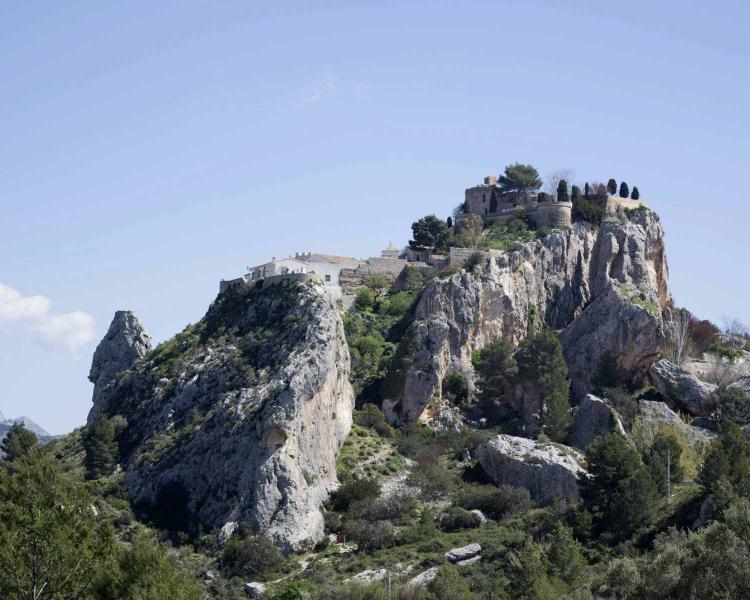