Discovering Valencian Gothic as a Family

Discovering Valencian Gothic as a Family

The old town of Valencia, with 169 hectares, is one of the largest in Spain, and it takes many days to get to know the different architectural aspects of the city. The Romans founded Valencia, then it was occupied by the Arabs, but it was the Gothic style that left the most critical influence on the monuments of its historic centre.

The Valencian Gothic has left indelible marks on the city, and it is worth spending a day with your family to visit the most important monuments of Gothic Valencia. The beginning of Valencian Gothic goes back to the second half of the 13th century and reached its most magnificent splendour in the 14th and 15th centuries.

In the Valencian Gothic, the characteristics of French Gothic with a strong Mediterranean character and aspects of a territory that was recently reconquered from the Muslims are mixed. All these influences created a unique style that left remarkable examples of religious, civil, and military architecture. Join us on this route to discover the most important monuments.

Valencia Cathedral and its surroundings

Any family outing through Gothic Valencia should start at the Plaza de la Virgen, where the majestic Cathedral of Valencia is located. In its style, Gothic predominates although you can also recognise elements of other styles, from the Romanesque (the Puerta de l'Almoina), the Renaissance, the Baroque (such as the Puerta de los Hierros) to Neoclassicism. Its beautiful bell tower, Torre del Miguelete, 70 meters high, is a representative of Valencian Gothic. Also from its terrace, you can enjoy stunning views of the city.

If your visit falls on Thursday, you can attend a session of the Water Tribunal of the Plain of Valencia, the oldest juridic institution that still exists in Europe.

Torres de Serranos and Torres de Quart
Of the medieval wall that surrounded the city in the Middle Ages, two towers that were the entrances to Gothic Valencia remain intact. Torres de Serranos (built at the end of the 14th century) and Torres de Quart (built at the beginning of the 15th century), they are located in the Barrio del Carmen. Torres de Serranos were used as jails until the end of the 19th century, while Torres de Quart were used for several things, they served as a gunpowder storehouse in one era and prison for prostitutes in another. Both are beautiful representatives of civil Gothic and can be visited from the inside. It is something that children love, and it will be their favourite moment of their visit to Gothic Valencia.

Silk Market
If the medieval towers of Valencia are emblematic monuments of civil Gothic, what can we say about the Lonja de la Seda? This is one of the most important buildings of public Gothic architecture in the world, declared a World Heritage Site by UNESCO.

Built between 1482 and 1548, this building was the leading commercial institution of the city, because at that time Valencia was the European centre of silk production. You will feel small walking among the massive columns in the main room, but we also recommend you look at the elaborate details of the building as the gargoyles on the outside.

Real Monasterio de la Trinidad
To finish the walk through the main monuments of Gothic Valencia, you can not miss the Real Monasterio de la Trinidad, founded in 1222. The "royal" title is due to the Queen María who expressly ordered that the Orden de Las Hermanas Clarisas Pobres occupy this convent in the mid-fifteenth century. It is the oldest monastic complex in the city that continues with its original use and was inhabited by nuns until 2014. Nowadays it can only be visited by request, but you can admire the beautiful church façade, one of the most spectacular works in Valencian Gothic.

In addition to the most outstanding monuments, there are other representatives of Valencian Gothic that we recommend you to discover. You can cross the Trinidad and Serranos bridges and also visit the Convento del Carmen or the church of San Juan del Hospital. The city centre also hides many Gothic palaces such as the Mercader Palace, the Palace d'en Bou, the Benicarló Palace, or the Palau de la Generalitat itself. 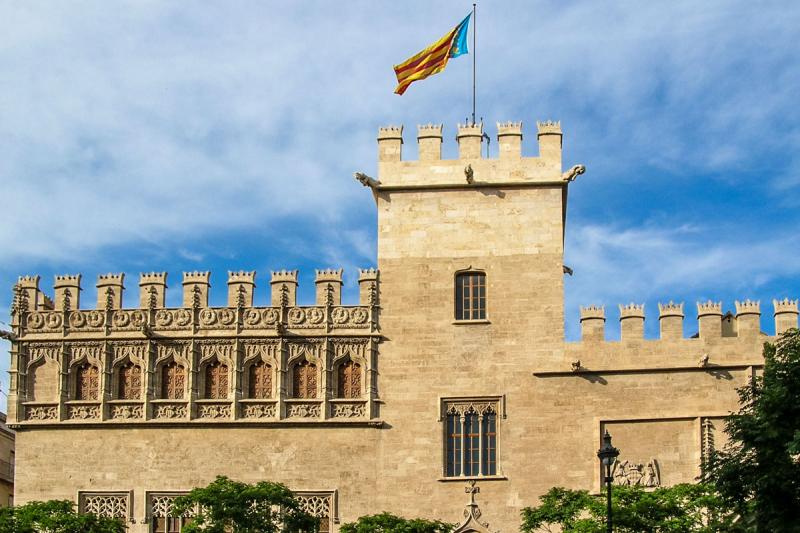 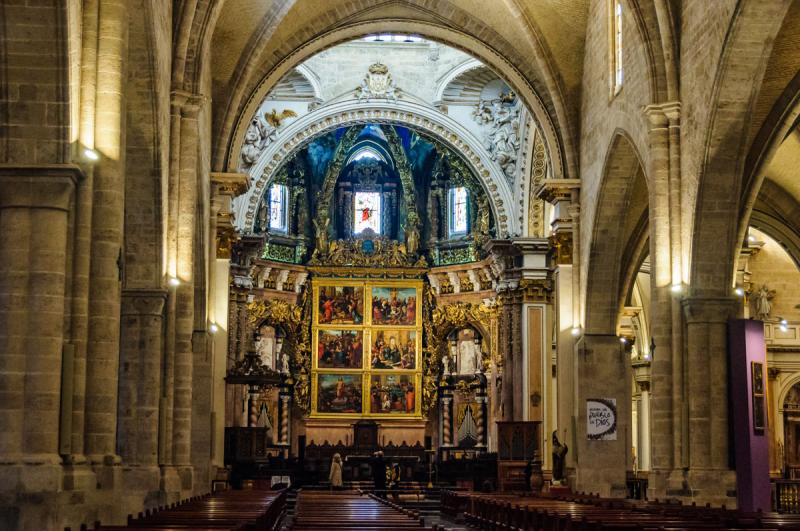 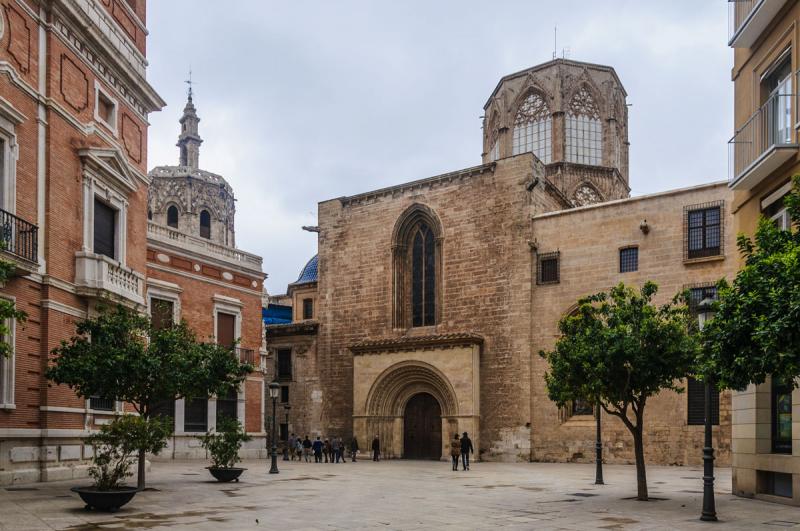