Essential Ingredients in the Jornadas Gastronómicas of Pi...

Essential Ingredients in the Jornadas Gastronómicas of Pinoso

Gachamiga, inland gazpacho, rice with rabbit, snails and, as a starter, their essential and characteristic sausages. These are only some of the gastronomic delicacies that can be tasted at the Mostra de la Cuina del Pinós.

The Mostra de la Cuina del Pinós is a benchmark in the province of Alicante, which exceeded 3,000 people in its latest edition. Besides, the Mostra reaches in this 2018 its coming of age. Eighteen years have passed in which, uninterruptedly, each February, different restaurants in this town in the region of Vinalopó Mitjà offer the best of its cuisine to the public. On this occasion, there are five participating establishments (Restaurante Alfonso, La Torre, El Timón, Fogones El Bocao and Araomai Restobar)

As in previous editions, the menu offered by these five venues, with a price of 30 euros, includes drinks, desserts, pastas pinoseras (perusas), coffee and mistela. Each day the same main dish and two fixed appetisers (pineapple and pipirrana sausage plates) are served, plus four different ones depending on the restaurant.

Some appetisers
The list of starters waters the mouth to more than one: grilled goat chops and Maldon salt; baked Octopus with a light sobrasada perfume; cod delight with a spinach background; octopus croquettes with all i oli of lean pork and roasted peppers and gizzards.

The gachamiga kicks off the Mostra de la Cuina del Pinós 2018. What does this dish consist of? It is a kind of thin paste, made with a flour dough, water, garlic, olive oil and salt that is cooked in large special pans. For its preparation, several garlic cloves are fried beforehand in olive oil, as well as the accompanying elements to taste, usually sausage or bacon. Then these elements are removed from the fire, and the flour is incorporated with the oil. The necessary water is added, and the flour is gradually disintegrated until it forms a paste, which must adopt a uniform texture without lumps.

A luxurious godmother
For this edition, the Mostra Pinosera has had an exceptional inaugural godmother: María José San Román, from the Monastrell restaurant in Alicante, distinguished with a Michelin star. The chef from Alicante is a cuisine innovator using such traditional Mediterranean products as olive oil, saffron, bread, and rice.

The cuisine of Pinós is based on a long tradition that has been able to combine with the new culinary trends. As an inland municipality, it has managed to distinguish itself as an explicit gastronomic reference of the Region of Valencia thanks to some local products and dishes that stand out for their variety, body, and flavour.

Also, the Town Hall of Pinós offers throughout the days that the Mostra lasts, a series of complementary activities so that the diners can get to know different spaces of the municipality, either through guided tours to the Torre del Reloj visiting the Museo del Mármol y del Vino. They are two of the main attractions of Pinós, but not the only ones. Two religious buildings stand out, the parish church of San Pedro Apóstol (18th century) and the hermitage of Santa Catalina. The traveller can also visit the Town Hall, located in the Plaza de España (19th century). 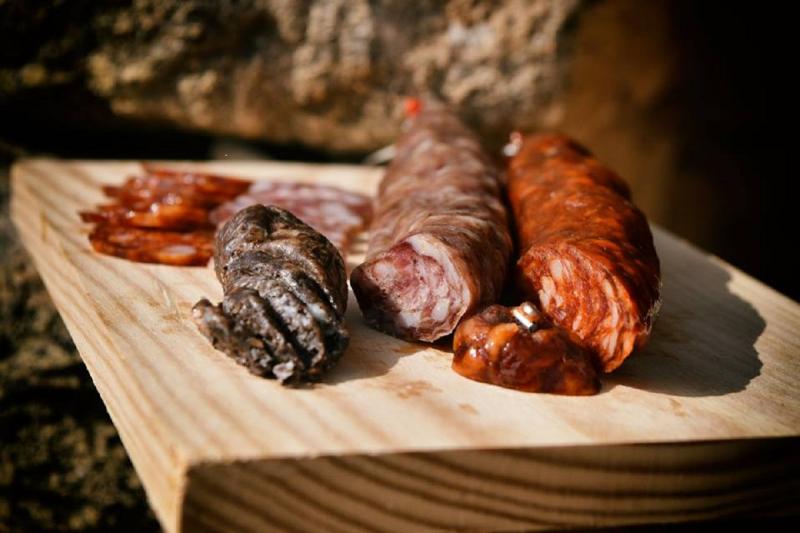 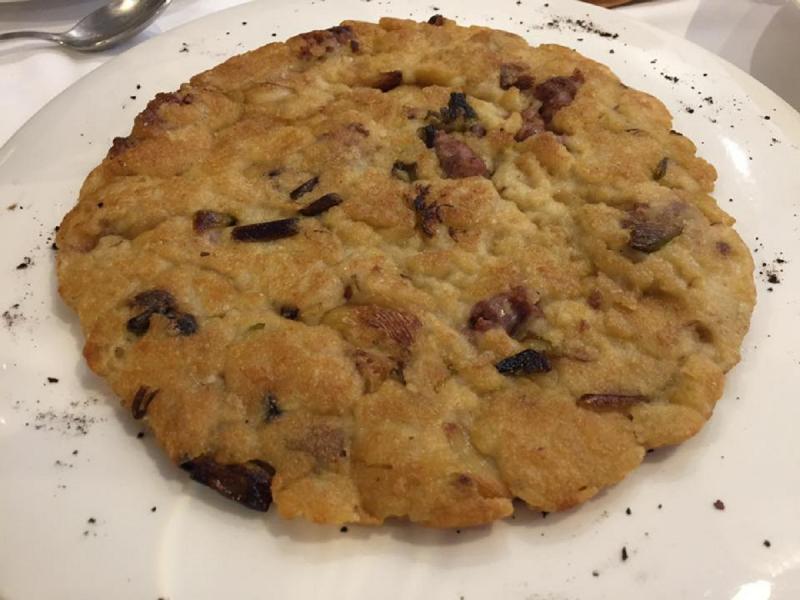