Everything You Need to Know to Survive La Tomatina

Everything You Need to Know to Survive La Tomatina

Every year, the last Wednesday of August, hundreds of people gather in Buñol to live a day they will never forget: La Tomatina.

La Tomatina de Buñol is a festival of increasingly international character that attracts thousands of tourists who, among other events of the Buñol festivities, attend the most famous tomato battle in the world.

History
The beginnings of the Tomatina date back to 1945, when on the last Wednesday of August young people who witnessed the parade of giants and big heads interfered in their march, causing one of the participants to fall to the ground and in a rage began to hit everything he found around him. Right there, there was a vegetable stand, and the crowd started throwing tomatoes among other vegetables. The altercation ended with the arrival of the public order forces.

The following year, the same young people repeated the battle but this time voluntarily bringing the tomatoes from home. Although the police dissolved these types of incidents in the following years, unknowingly these young people began a new tradition. The success of the event year after year has consolidated the festivity declared a Festival of International Tourist Interest in 2002 by the General Secretariat of Tourism.

Access to Buñol and the Tomatina area
Since 2013, by security measures, the maximum capacity of participants of the festival is 22,000 people. Therefore, to be able to attend, it is essential to buy a ticket. Tickets can be purchased through the official website.

Buñol is located in the inland of the Region of Valencia, in La Hoya de Buñol. The town can be accessed on the day of La Tomatina by private vehicle through the A-3, or by public transport (train or bus) from Valencia.

Taking into account that La Tomatina starts at 11.00 am, it is recommended to get to Buñol well in advance to avoid traffic jams and have time to pick up the access bracelet. Once there, with the printed entry called "print-at-home," you must go to one of the several exchange booths. There, they will check your DNI and the receipt and provide a wristband to access the Tomatina site. With this bracelet, you can proceed to the Tomatina entrances.

Phases
La Tomatina consists of three critical moments throughout the morning. The event starts at 10.00 with the “Palo Jabón” before the tomato war. As its name suggests, it is a soaped stick tied with a ham. The first participant to reach the ham takes it home.

At 11.00 am the signal that starts the tomato war goes on. For one hour, six trucks are responsible for throwing more than 150,000 kilos of tomatoes along the route (streets San Luis, Cid, and Plaza del Pueblo) at a very slow pace. Buñol is dyed red like its participants who enjoy the tomato battle. It ends at 12.00 with the firing of the second shot.

After the Tomatina comes at the Retreat, workers, neighbours, and volunteers begin cleaning the streets. In about two hours the streets are clean of any remaining tomato.

Tips for your full enjoyment:

Other activities
During these dates Buñol celebrates its patronal feasts, therefore, in addition to La Tomatina, there are many more events. Concerts, paella competitions, Tomatina for children, and Tomatina Sound Festival among many other activities for all tastes. 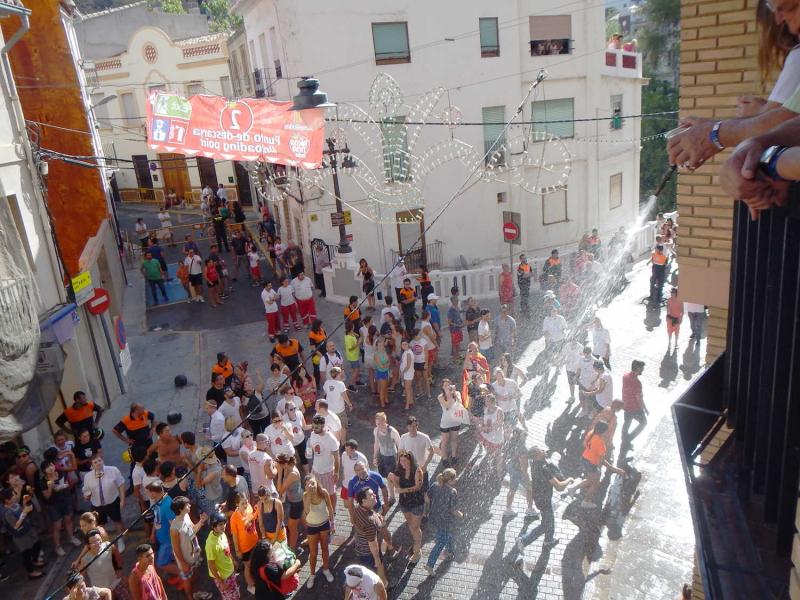 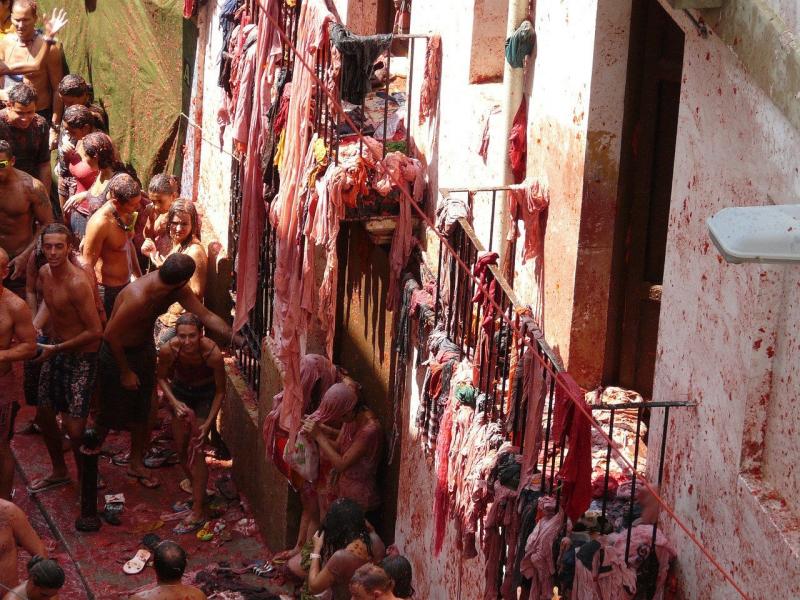 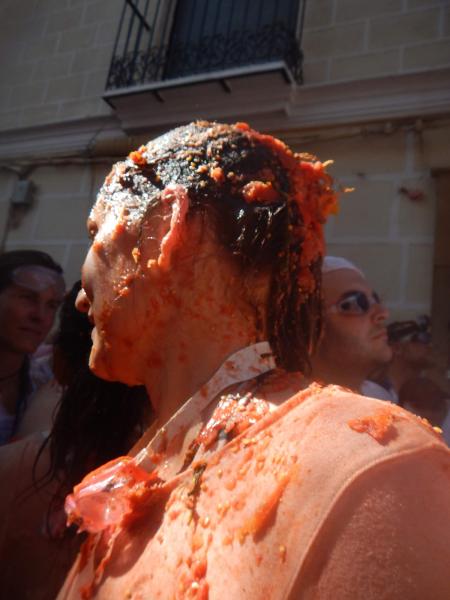 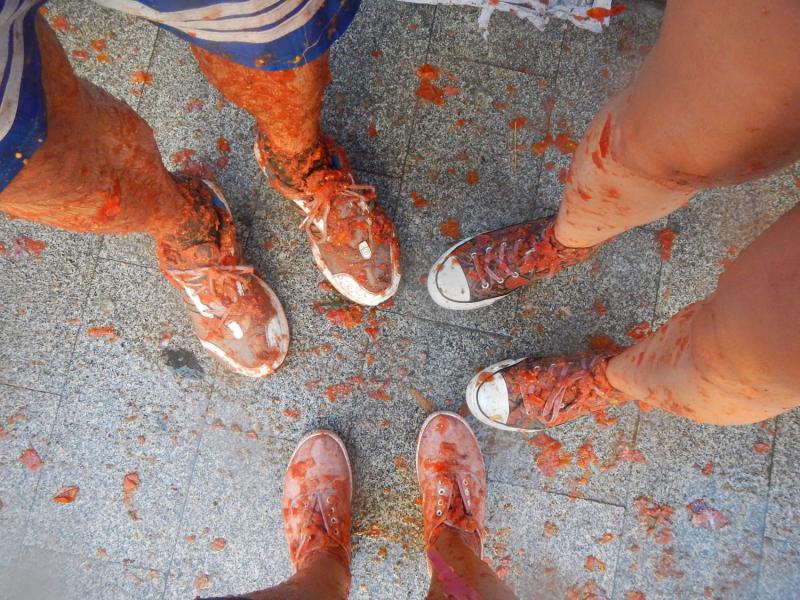 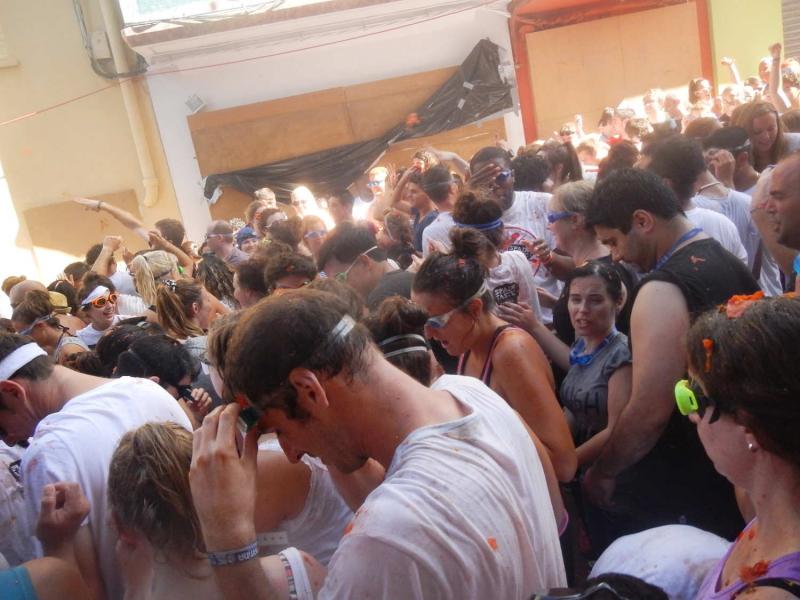 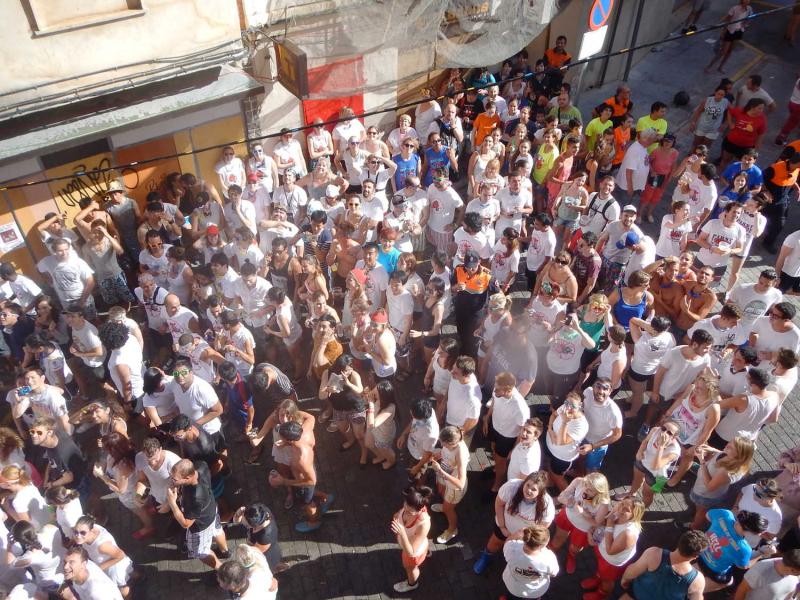 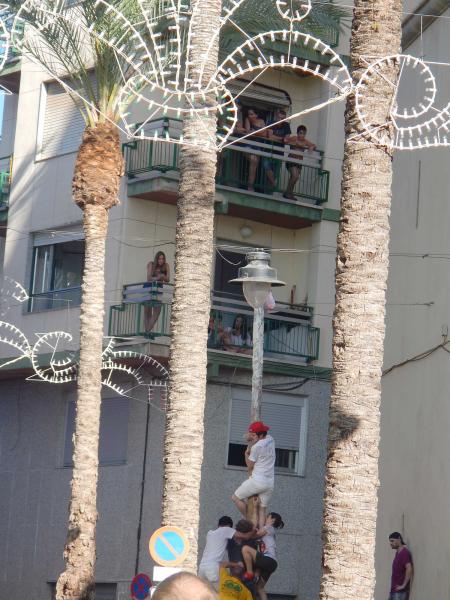 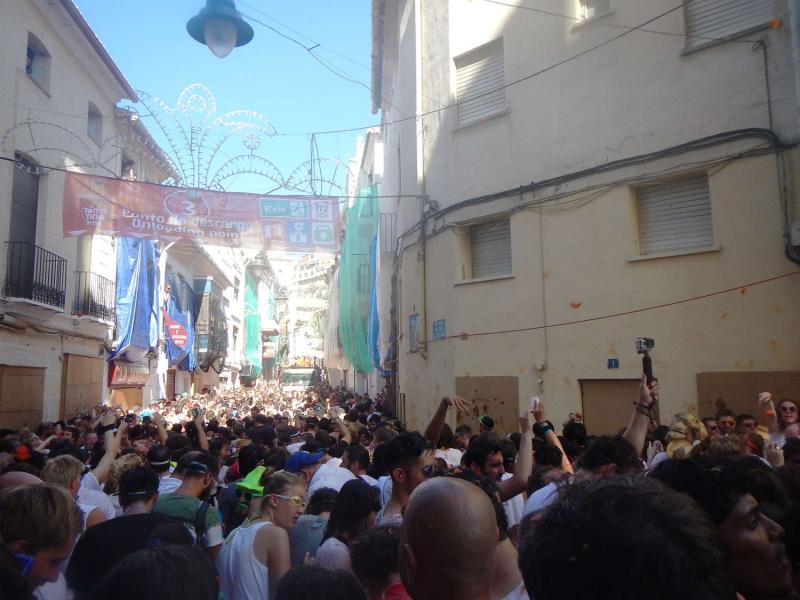 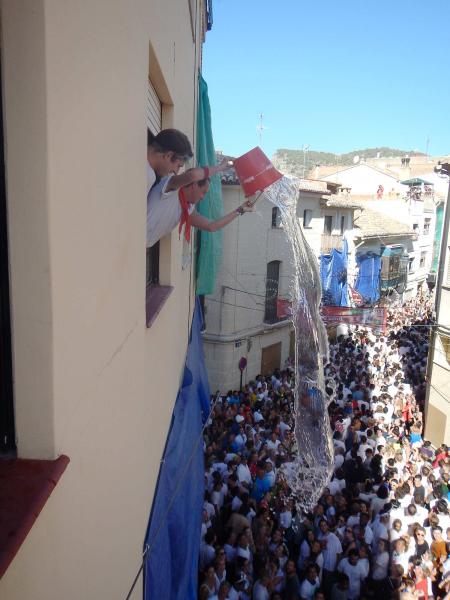