Fair and Festivities in Dénia

There are few municipalities in the Region of Valencia and, by extension, in Spain, that concentrate three popular festivities as diverse and multitudinous as Dénia.

Dénia, in the Alicante region of La Marina Alta, celebrates in 2018 the most anticipated events by neighbours and tourists eager for new experiences. The Festa Major-Bous a la Mar, Fallas, and the Moors and Christians festivity.

Last March, specifically from the 15th to the 19th, the town of Alicante experienced its first big festivities of the year. As it happens in the capital of the Region, the Fallas of Dénia began with the Plantá of 12 monuments that adorn its streets. As in previous editions, the locals were fully involved in offering a complete program, which included parades, mascletaes, music until late at night, popular dinners, and fireworks.

However, the main course arrives in the summer. The most popular holidays in Dénia are those that take place in July and August. The Festa Major this year will be held from the 7th to the 15th of July with an extensive and varied program of activities for all audiences in honour of the Santísima Sangre.

The celebrations take place in two sessions, both in the morning and in the afternoon. A celebration that has crossed borders where participants try to attract and raffle heifers until they the fall into the sea.

First, the animal is released, and the participants follow. The tour concludes in a square mounted for the event in the port of Dénia and is open on one side, precisely the one that faces the sea, from where the participants try to persuade the heifers to fall into the water. Once they take a dip, the heifers are then rescued with the help of a boat, and the party continues.

The Día de la Santísima Sangre also gives rise to the development of other types of events and activities. Processions, concerts by the Agrupación Artístico Musical de Dénia, or the fireworks display that takes place on the last day at night as a closing ceremony for these parties that attract a large audience from other parts of the Region and the country.

Already in August, and as it happens in other locations of the province of Alicante, Dénia is decorated to enjoy its Moors and Christians festival. It is the most outstanding act of the festivities in honour of San Roque, patron saint of the municipality; it takes place from the 13th until the 16th of August. As tradition dictates, the religious program includes a mass, the distribution of blessed bread, a fellowship meal, and a procession.

At Moors and Christians, specific events take place, such as the landings of both sides, the bugle call and, above all, the gala parade, one of the most moving moments. Participants dress up with beautiful garments marching to the sound of music and the festero step. 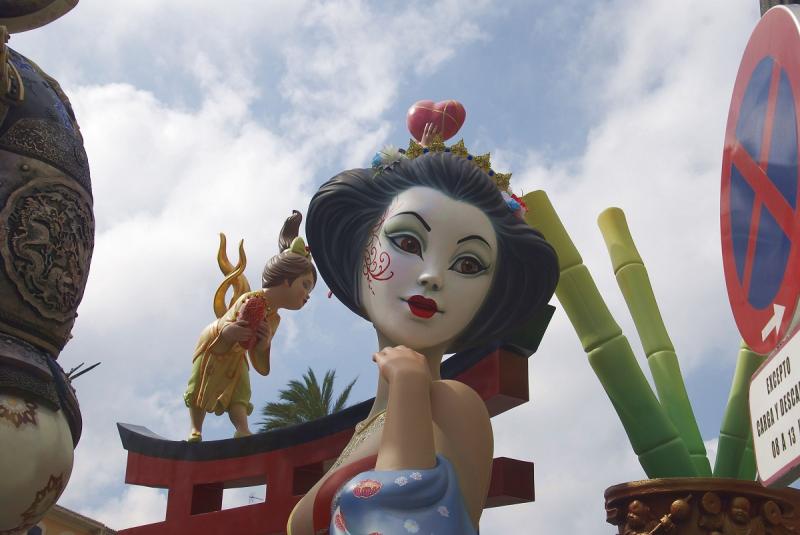 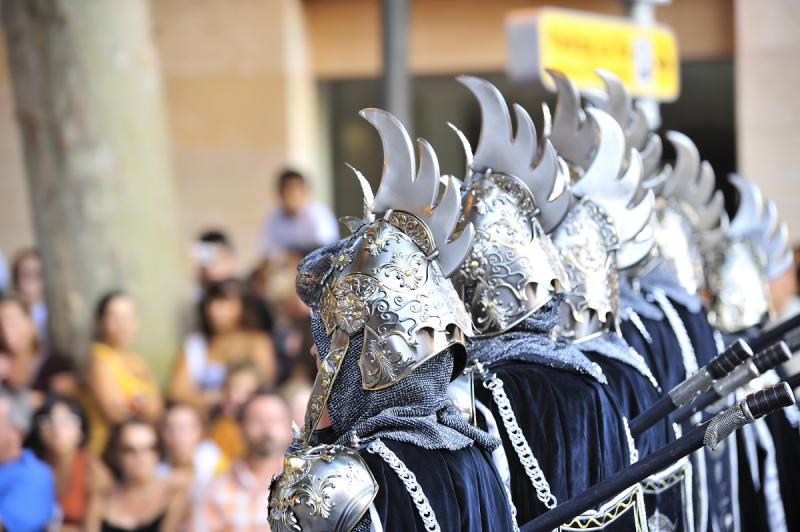