Fair and Festivities of Santa Pola

Fair and Festivities of Santa Pola

As a coastal city, full of light and radiant that is, Santa Pola lives with intensity and brilliance its patron celebrations in honour of the Virgin of Loreto and its no less spectacular Moors and Christians.

These are the main ludic appointments that each year celebrates this Alicante town belonging to the Baix Vinalopó region. And they occur in summer when Santa Pola becomes one of the most attractive and overcrowded destinations in the Region of Valencia. Do you want to learn about its folklore? There is no time for boredom!

In 2018, from the 31st of August to the 9th of September, the Moors and Christians festivities and the Patron Saint Festivities of Santa Pola in honor of the Virgin of Loreto take place, with disembarkation, conquest and reconquest of Moors and Christians, parades, fireworks, flower offering to the patron saint, procession, children's games, and sports competitions. What else do you want?

The firing of the lighting is the starting point to the most authentic festivities of the Baix Vinalopó. A proclamation by a relevant authority and a musical show by the municipal band is the appetiser of the first day of the festivities, in which the neighbours are thoroughly involved, and tourists have a great time.

The moment of entering the embassies arrives. The Moors and Christians fight in a symbolic duel on the coast of Santa Pola during the week of the festivities. The spectacle of lights and the smell of gunpowder marvel everyone who walks through the streets of the town of Alicante.

The Moor and Christian comparsas are the real protagonists on September 1, 2 and 3. They participate in the morning parades, the disembarkation, the embassies, the conquest and reconquest of the castle, and of course, in the parades. The highlight of these days is the entry of Moors and Christians on day 3. A visual and thunderous spectacle for all audiences.

Another act that catches the attention of passers-by is the colourful parade of floats that takes place on the 6th of September, in charge of the Unió de Festers. Before, the popular 'Sopar del Cabasset' is celebrated, which usually has musical entertainment and children's workshops. Correbous and correfocs are also part of the agenda of events during the festivities.

Honours to the patron

The last two days of the local festivities of Santa Pola are devoted exclusively to veneration and acts in honour of the patron saint of the town, the Virgin of Loreto. Throughout September 7th and 8th they pay tribute with a flower offering, masses sung with sermon and a solemn procession. A large fireworks display sets the end of a week full of activities and fun. The fun is over, and we have to wait for more until next year.

Santa Pola dresses up for the party at the end of the year. The 10th of December commemorates the coming of the Virgin of Loreto to the town, with a small procession from the port to her chapel. It is the prelude to Christmas, which in Santa Pola is also lived with lights, a Christmas Eve celebration, and Cabalgata de Reyes.

Meanwhile, the town is already counting the hours for the arrival of their next patron saint festivities. In July motors are heated with the celebration of the festival in honour of the Virgen del Carmen, including masses, an offering to the deceased sailors, procession, and fireworks. 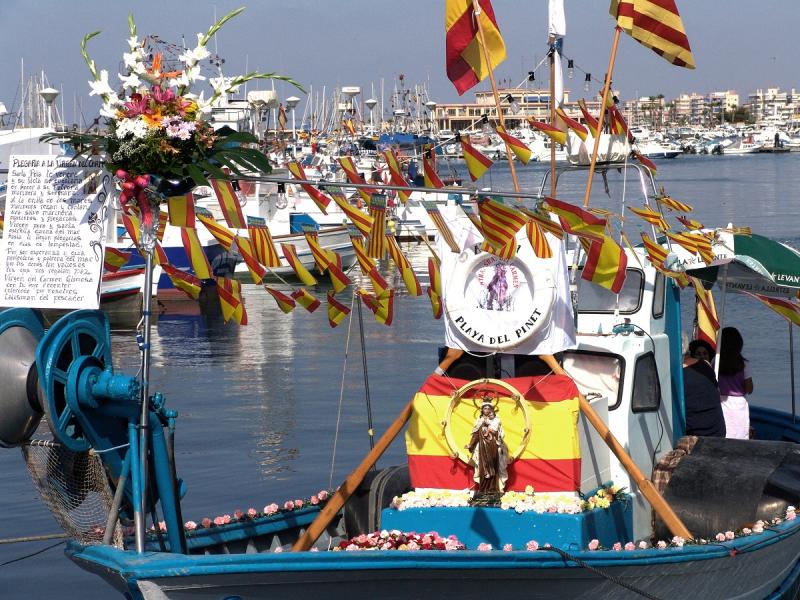 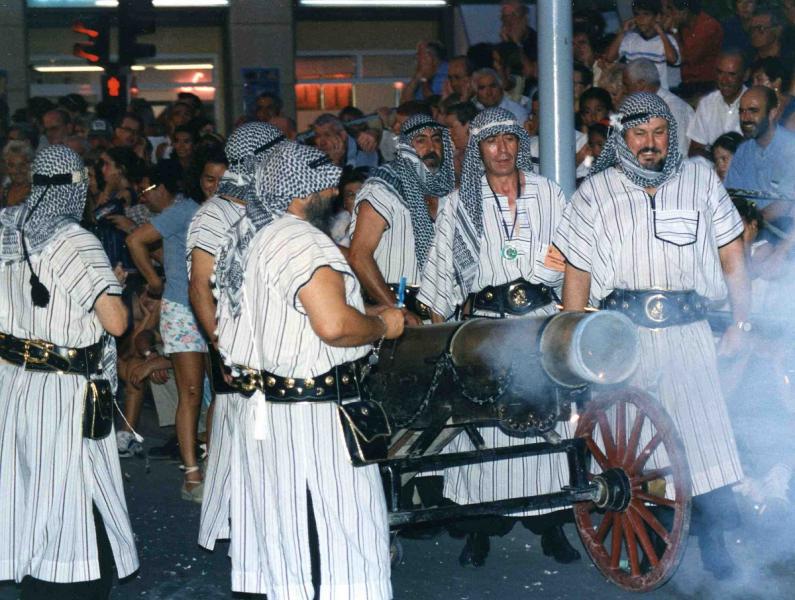