Medieval Festivities in Villena: Everything You Need to Know

Medieval Festivities in Villena: Everything You Need to Know

Would you like to live in the Middle Ages for a day? You will feel like that in the Medieval Festivities of Villena. Here, we will tell you everything about it.

The Medieval Celebrations of Villena have their origin in the year 2002, and they take place in the neighbourhood of El Rabal, to make it known as it is declared as an Asset of Cultural Interest.

A neighbourhood of Arab origin that stands out for its old houses along its narrow streets. During the holidays, the residents of El Rabal decorate their facades and dress up in period costumes, creating a unique atmosphere that takes you back to the Middle Ages.

Throughout its streets, there are different acts: shows, theatre, magicians, musicians, jugglers, giant and big-heads dances and a host of activities such as archery or lechuguina. The most outstanding act is Medieval weddings, where the bride and groom dress for the occasion.

In the Atalaya Castle, from the 12th century, medieval fights, Celtic music concerts, parades, and the popular procession of the torches take place.

The little ones can also enjoy the festivities thanks to the attractions and activities put at their disposal such as merry-go-rounds and mural painting workshops.

The Medieval Festivities and all its activities embrace the Medieval Market of Villena held in the historic centre of  Villena. More than 160 stalls selling handicrafts such as jewellery, ornaments, ceramics, weapons, etc. and traditional tastings of typical products such as cheeses, sausages, and sweets.

The Medieval Market, together with the tascas, is the perfect complement to add a finishing touch to these festivities that, since 2014, have been declared Provincial Tourist Interest Festivities by the Generalitat Valenciana. 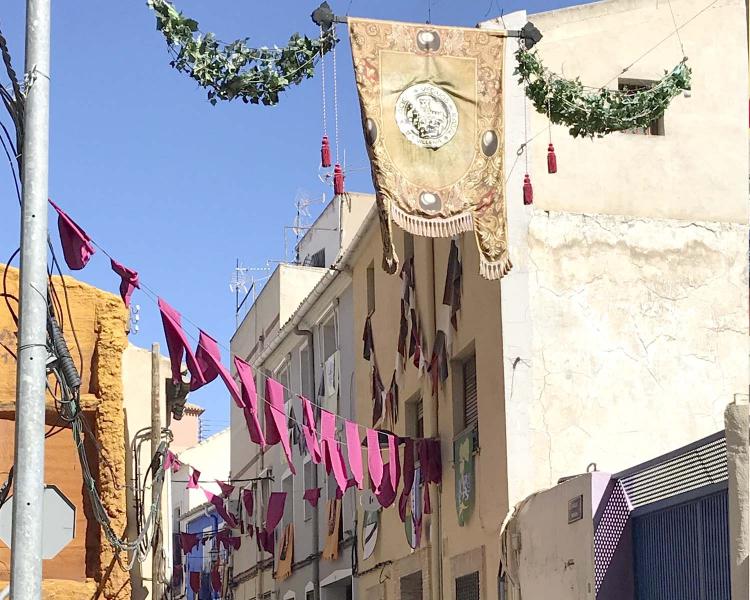