Five Essential Caves in the Region of Valencia

Five Essential Caves in the Region of Valencia

The coastal areas of the Region of Valencia surprise us with beautiful caves. Some are more accessible than others, shining for their beautiful inner fauna and the way in which millions of years have shaped stalactites, like enormous stone fingers that want to touch the waters.

The coastal caverns of the Region of Valencia have a striking extra, and it is the fact that for centuries they served pirates and soldiers to store treasures, chests, and trunks. A visit to these places always produces great suspense and excitement. In the Region of Valencia, there are several caves to visit; here you are some of the most outstanding.

Cova Tallada
The cave, with a length of about 400 meters, is located north of Jávea on a cliff that is part of the Marine Reserve of Cabo de San Antonio.

Cova Tallada stands out for having large passages and several wells where water falls from the mountains. As a curious fact, the cave does not have lighting, so it is necessary to bring flashlights. It can be visited by jet ski.

Cueva de Don Juan
The trip that awaits you inside Cueva de Don Juan is an average of 45 minutes. A journey that extends about five hundred meters down. As you enter the cave, you will notice how the humidity becomes more intense, while the whole environment allows you to observe rock formations of different colours.

The cave is located in Jalance, about 12 kilometres away from the city. Before entering the cave, you can witness a magnificent view from any of the two viewpoints. The first viewpoint offers a view to the extension of the municipality of Jalance and the Barranco del Agua, while the other allows you to appreciate the canyons around the Júcar river.

Cova del Moraig
It is for many the most beautiful cave in Benitatxell (Alicante). It is divided into two zones. In the first of them, you can go down about six meters into the well, and then reach the sea. It is the most common route, which allows you to get a view of the cliff foundations.

The second option is only available for cave certified divers; they can dive into the cave, following a route that is quite close to one kilometre. Besides, inside the cave, one can observe different marine animals such as octopus and prawns.

Cueva del Rull
The Cueva del Rull was discovered in the 1919 by a man who was hunting with his dog. The track of a rabbit took them to a place where they disappeared through a hole. The next morning, still in search of the rabbit and after removing some stones, the man managed to unveil an entrance to the cave.

That is precisely the narrative that your tour guide will tell you inside Cueva del Rull, which is considered a natural jewel, given the size of its stalactites and the columns created over millions of years.

Illuminated with electric light, the interior of the cave is about 220 meters. It is a circular route, where water takes centre stage and silence dominates the environment.

Cuevas de Sant Josep
The route along this cave lasts about 50 minutes since the journey to be covered is approximately three kilometres complemented by a boat trip of 800 meters followed by about 225 meters on foot. Two more kilometres are added to the whole route.

Clearly, with these descriptions, you can get an idea of ​​the vast extent of this cave. Its underground river gives you sensations of profound tranquillity, while you experience a relatively cold and constant temperature of only 20 degrees Celsius. A cave endowed with natural beauty and where the echo produced by its interior invites you to relax. 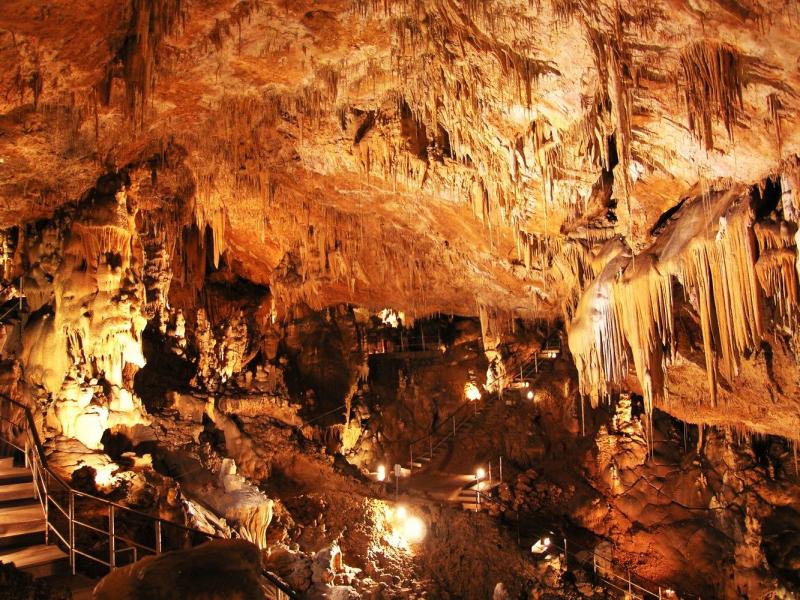 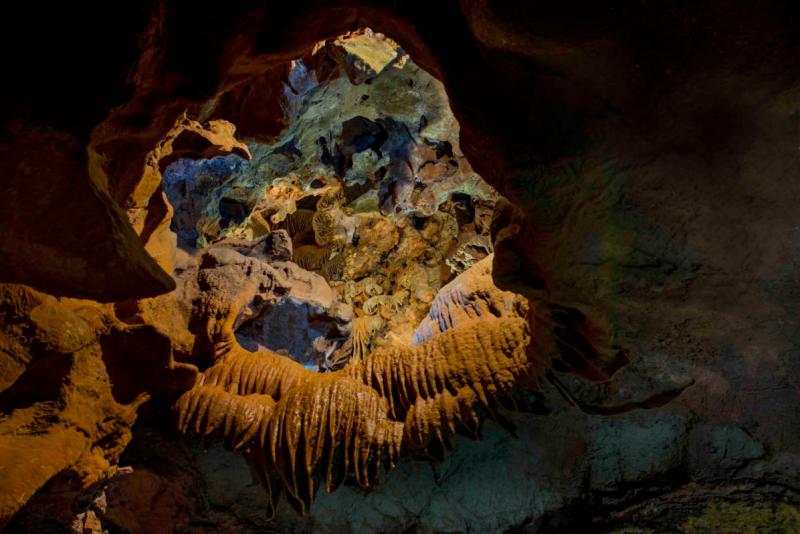