Hiking Along the Greenway from Benicàssim to Peñíscola

The Greenways are itineraries for cyclists and hikers who travel through Spain, approaching nature. In the Region of Valencia, we can find many of these routes, which have become one of the best plans for active tourism lovers.

These greenways are old railway infrastructures that are no longer used and have become part of the extensive state network of paths, routes and roads accessible to all people.

One of the best known for its incredible views is the Greenway from Benicàssim to Peñíscola, about 120 kilometres. It is part of the Vía Verde del Mar, which runs along the coast that separates Benicàssim and Oropesa del Mar. But this hiking route goes further, to the charming Peñíscola, where you can enjoy their cuisine and the famous castle of Papa Luna.

The zero kilometre of the Vía Verde del Mar is in Benicàssim. However, you can start the tour by any of its ends. In Benicàssim it begins in the rest area that is next to the old halt of Las Villas.

Without a doubt, it is a tour that takes a whole weekend. It is best to start early in the morning, make a few stops, and of course, to stay overnight at any of the localities along the route. If you do not want to take the whole tour, you can always take a car or a bus for a section. It is also very popular to take the route by bike.

During the route through the greenway, you will pass by the Desierto de las Palmas Natural Park in Benicàssim, and you will enter the Sierra de Oropesa and throughout the route, you will enjoy spectacular views between cliffs. It is essential to bear in mind that on greenways you will pass through tunnels and bridges, so it is advisable to wear clothes or luminescent stickers easily discernible by vehicles.

You cannot miss the imposing cliffs of the Moro y Gigante, the trenches of Colomera, and the long straight of the Renegá. The Mediterranean Sea opens to the side of the Greenway, with beaches, coves, and a 16th-century watchtower.

From Torre la Sal you walk to Alcocebre crossing Pla de Cabanes, where you will walk on dirt roads as well as paved roads. Once in Alcocebre, you will cross the Sierra de Irta along the coast. The views of the Cape Irta Lighthouse and Cala Mundina are essential. Once you pass the Sierra de Irta, you will reach the goal: Peñíscola is waiting for you.

It is better to make this route from Benicàssim to Peñíscola in spring or autumn, when the temperatures are not excessively high, since, although there are areas covered with vegetation, for much of the route there are no shades to shelter from the sun. 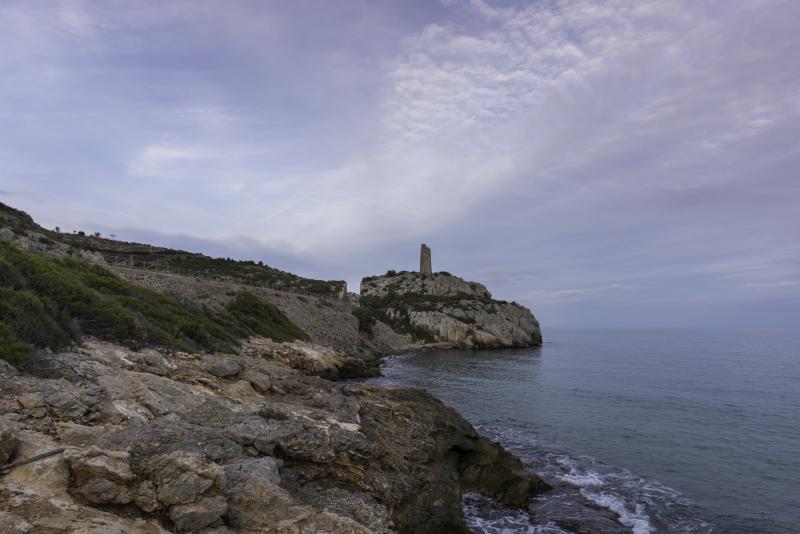 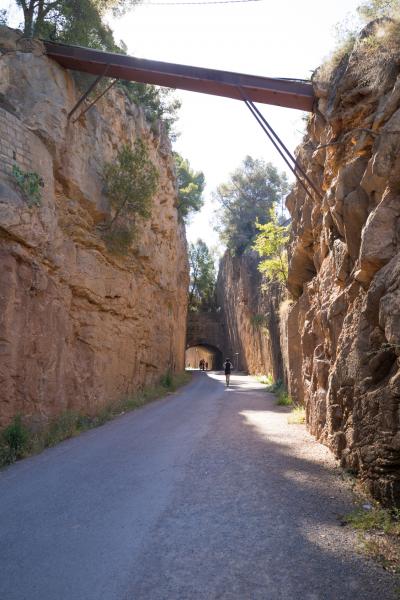