Hiking on the Way to Cova Negra in Xàtiva

Hiking on the Way to Cova Negra in Xàtiva

Cova Negra Municipal Natural Park, located in the municipality of Xàtiva (Valencia), houses a space with magnificent prehistoric, ecological, and heritage value. In the interior of its 57 hectares is the Cova Negra, an important archaeological site of the Middle Paleolithic, where remains of Neanderthal populations and paintings were found.

Cova Negra Natural Park offers different options for outdoor activities such as climbing, cycling, or hiking. One of the most popular is to walk the path that leads to the Cova Negra. A small walk along the Albaida river, which takes from an hour and a half to two hours, starting at the Font dels 25 Dolls.

The route on foot from Xàtiva PVR-78 has a low degree of difficulty since at all times we tread flat ground. It starts on a paved road following the V4 signs, which will follow throughout the journey. After passing some houses and crossing orange groves, you come to a private property gate. To continue, you must cross the entrance to the road on the right, following the V4 sign.

You will reach a section of the path that runs parallel to the river until you find the Gothic style aqueduct of Les Arcadetes d'Alboi. A construction of nine arches and two hundred meters in length. The aqueduct is part of a Medieval canal called Canal de Bellús, from the Islamic period, through which water is conducted to Les Arcadetes for the city supply. The way is identifiable by a series of stone cavities that emerge from the cylindrical floor that were initially used as vents.

The journey continues crossing to the other side of Les Arcadetes, leaving it behind. Enjoy the landscape richness, the contrasts of vegetation between the flora of the Albaida river and the riverside forests; the aromatic Mediterranean plants, as well as its fauna, predominately birds in the vicinity of the Cova Negra. The Bonelli's eagle, the imperial heron, or the peregrine falcon are just some examples of the great variety of fauna.

A few minutes later we will find Font del Segura, a source of drinking water, in the middle of an esplanade that leads to a bridge over a ravine that will take us to Cova Negra. Its enormous dark-coloured walls are impressive, naming this natural place, also known as "L'estret de les aigües."

The hiking trail on the way to Cova Negra continues on the opposite bank, thus creating a circular path back to its point of origin, in Xàtiva. Passing by Cova Negra, there is a massive climbing with various degrees of difficulty, L'Aventador, as well as a newly inaugurated via ferrata.

The path continues to rise a rocky slope between pine trees and bushes, along which you will find other points of interest such as the Font La Quintanao El Portet. A path located in the Sierra del Castillo that will take you to the other side of the Coastal valley, from where you will enjoy some beautiful views of Xàtiva.

Before returning, we will cross a wall that protected the city, where we will find La Nevera, an old cellar where the snow used to be stored. The path continues along a way that takes us to the church of Sant Feliu (13th century) and the hermitage of Sant Josep before arriving back at the starting point, the Font dels 25 dolls. 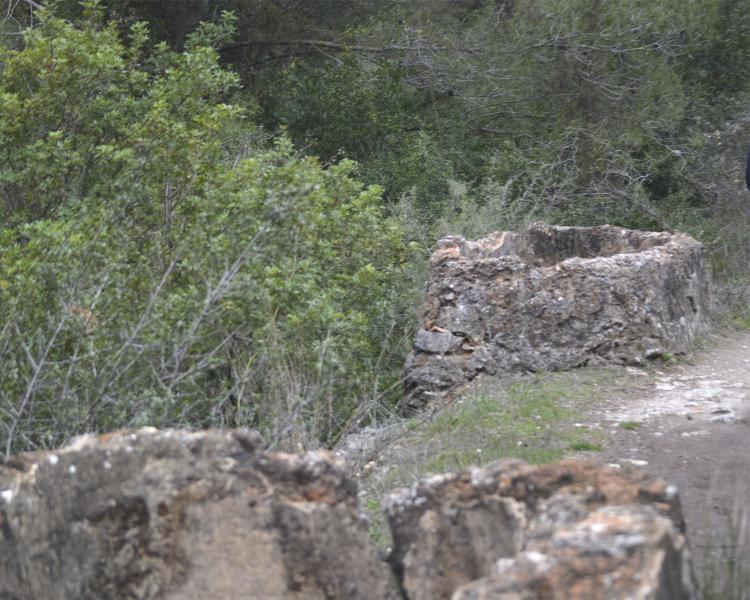 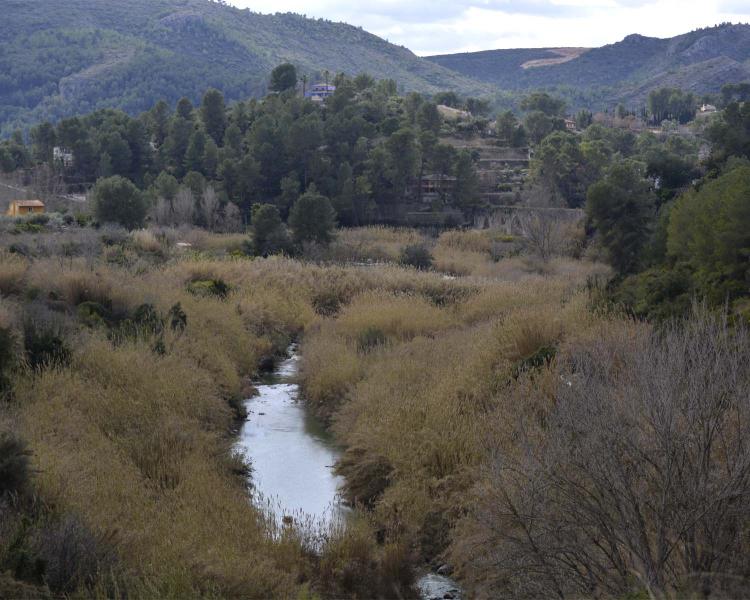