Tabarca is the only inhabited island of the Region of Valencia, very flat, although extraordinarily rocky and with an exceptional marine wealth. Once the base of the Berber pirates (XV century), like a small sheet of land, it floats on the sea just eleven nautical miles away from Alicante.

Its transparent waters multiply the population of the island in summer when thousands of visitors flock to Tabarca to sunbathe almost all year round, swim in the crystal clear waters and taste the typical rice cauldron typical of the area.

Since 1986, Tabarca has become a marine reserve, an authentic refuge for both flora and fauna. It occupies an area of 1,400 hectares and its sandy substrate highlights the presence of oceanic Posidonia meadows. Among the extensive colony of fish, species such as the loggerhead turtle, sea urchin, grouper, sea bream, snapper, sponges, or starfish coexist.

But Tabarca is not just a maritime orchard. Despite the small size of the island (it has an approximate length of 1,800 meters and a maximum width of about 400 meters), it has a remarkable historical and monumental heritage. The City Council of Alicante has included the island (next to the Santa Bárbara castle, the Huerta, and the Tibi swamp) in a single candidacy to be declared Patrimony of the Humanity by UNESCO.

In the eighteenth century, the king of Spain at the time, Carlos III, ordered to fortify the island of Tabarca and build a village where it could accommodate several families of fishermen from Genoa (Italy) who were held captive in the Tunisian city of Tabarka. As a result of these fortification works, the island looks like a defensive and rocky bastion. What remains of the walls that surround its urban nucleus has been declared Historical-Artistic Set and Good of Cultural Interest. Its perimeter fits that of the island.

The House of the Governor, the former residence of the person who administered the island, also remains standing. A two-story building with a hipped roof that has been restored and currently houses a hotel.

At the spiritual level, the church of San Pedro and San Pablo stands out, a free-standing building composed by a single nave and side chapels. Of Baroque inspiration, it was built on an old chapel that was enlarged to church size, blessed in 1770. Next to this temple, a building was erected to house the priest and schools.

Both are, perhaps, the most outstanding patrimonial claims of Tabarca, but not the only ones. There are other types of buildings, such as the Torre de San José also outstanding a, which has a pyramidal trunk shape with a square floor that was used as a state prison in the 19th century.

The lighthouse, inaugurated in 1854, is a large building that also served as a school. Formed by a lower body of cubic volume made of two floors for housing; on top of it, the prismatic tower supports the lighting mechanism.

We can conclude our island tour with a quick visit to the Museum of Nueva Tabarca, which focuses on the study and dissemination of the relationships that this district of Alicante has established over time with its residents and visitors. 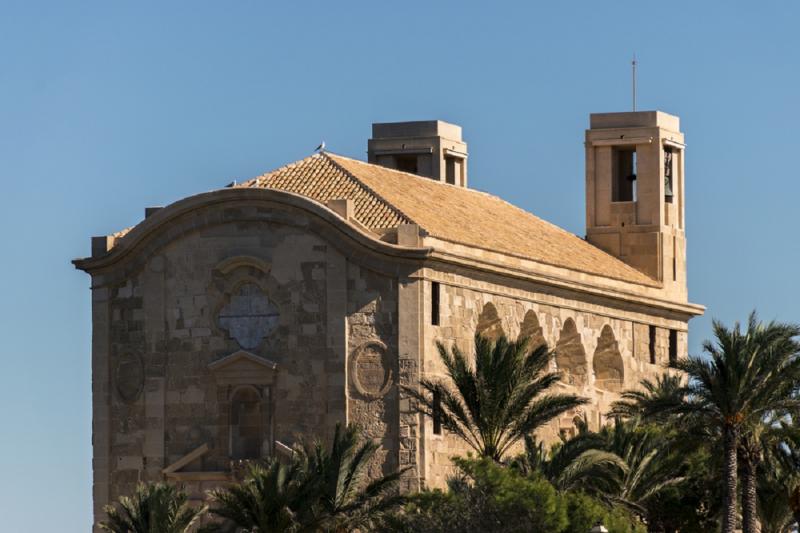 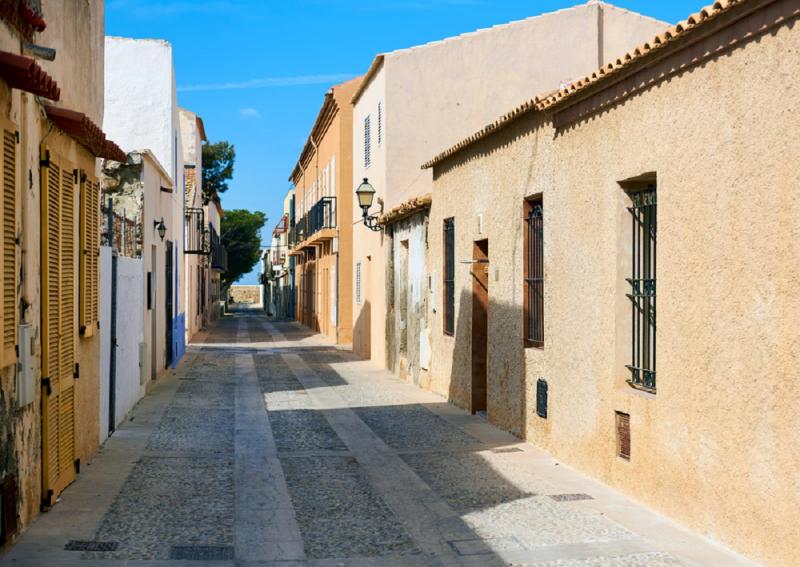