How to Prepare Your own Mona de Pascua

Lent ends and, with it, abstinence. It is time to start with the banquet, and you can not miss the traditional Mona de Pascua on the table.

The name of this popular sweet from the Region of Valencia comes from the Arabic "munna," which means "provision of the mouth", and was a gift that the Moriscos made to their lords. The origin is unknown with exactitude, but the first indications suggest that this recipe already existed in the 15th century.

The Mona de Pascua is a bun made of flour, egg, sugar, and salt accompanied by a hard-boiled egg on top and, as its name indicates, it is eaten on Easter Monday as a symbol of the beginning of life.

According to tradition, the godfather should give his godchildren the Mona de Pascua, and before eating the egg, it is cracked on another person's forehead.

There are many versions of the Mona de Pascua: in the form of crocodile or lizard, braided monkey, chocolate, etc. The options are endless, but they all have in common the egg from which nobody escapes.

Being faithful to tradition, then we tell you the recipe for the classic Mona de Pascua. For about eight servings, we will need:

Preparation (about 75 minutes)
The ferment is made the night before. For this, the baker's yeast is dissolved in the water and added little by little to the flour. Once the mixture is made, it is covered with plastic wrap and stored in the refrigerator overnight.

The next day the ferment is taken out of the fridge to let it settle.
In a bowl, combine the ferment, the flour, the baker's yeast and the three eggs.

During the mixing, the sugar and oil are added little by little.
Once mixed everything, it is the turn to incorporate salt, orange blossom water, honey and orange zest. It is stirred until a homogeneous mixture is created.

Knead the mixture until you get an elastic mass that does not stick.
The dough is removed and kneaded on the table until smooth.

Grease another bowl and place the dough, cover it with a cloth and reserve in a warm place until its volume grows by two.

Meanwhile, in a glass of water put a little vinegar, food colouring and the previously cooked eggs, leave them there for 10 minutes.

Once that time has passed, the eggs will have picked up the colour, reserve them for later.

When the volume of the dough has doubled, the dough is removed and cut in two, reserving a small part for later.

Shape the two parts into a ball and make a circular hole in the centre, deposit a coloured egg in each of them.

Place the monas on the baking tray with baking paper and preheat the oven to 180 degrees Celsius.

With the dough that we have reserved previously, make thin strips and place them on top of each egg in the shape of a cross.

The monas are painted with the egg white; they are covered and reserved in a place away from any air currents until they double their volume.

Once fermented, the Monas de Pascua are painted again.

In a bowl, mix a little sugar with a few drops of orange blossom water, mix and pour over the Monas de Pascua.

The Monas de Pascua are introduced in the preheated oven for 25 minutes.

After that time, the Monas de Pascua are ready.

This Holy Week we invite you to surprise your friends and family with this classic Valencian recipe. Mind your neighbour, so they do not crack the egg on your forehead! 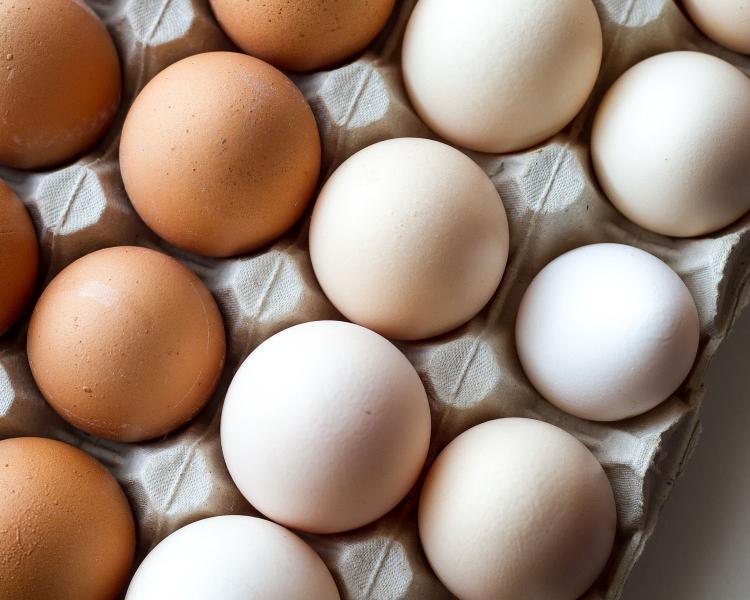 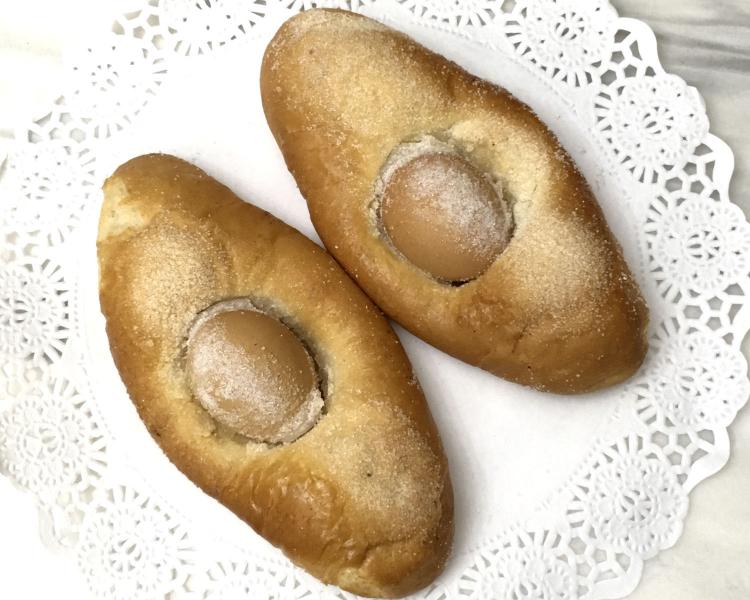