The Lateen Sail boats were very popular in the Mediterranean during the time of the Greeks and Romans. Later they were introduced in the Albufera de València, where they were the primary means of transport until the arrival of the propulsion engines. After falling into oblivion, the Lateen Sail regattas were promoted to make this traditional means of transportation known.

For a long time, sailing in the Albufera was done with Lateen Sail. The so-called "barquet albuferenc" crossed the waters of the lake for centuries transporting people and goods, allowing fishing and rice cultivation and was even used by smugglers.
These small boats have a flat bottom and lack keel so that they can be easily sailed by almost any channel of shallow depth. But its most important feature, and the one that gives its name to the boat, is the type of sail that it uses as a means of propulsion: the Lateen Sail.

The Lateen Sail has a triangular shape, crossing obliquely the pole that is in the bow of the boat, and running longitudinally through the hull. This allows it to sail even against the wind, which made it a prevalent means of transport.

The Lateen Sail regattas in the Albufera de València

Since 1987, the Federación Cultural Valenciana de Vela Latina has been doing a remarkable job so that this means of transport does not fall into oblivion, organising the Lateen Sail regattas in the Albufera.
During several weekends from March to September, the Lateen Sail returns to the Albufera in the form of exhibitions and regattas. Thanks to these events, this traditional means of transport is put to value by introducing it to anyone who wants to know more.
In total 18 trials take place, organised by various associations or sailing clubs of Silla, Catarroja, El Palmar, Perellonet, or Sollana.
Towns         València
Images 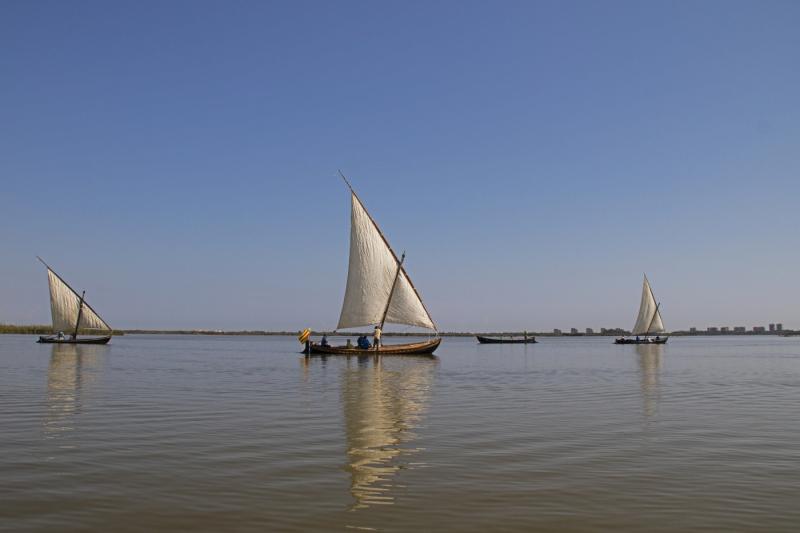 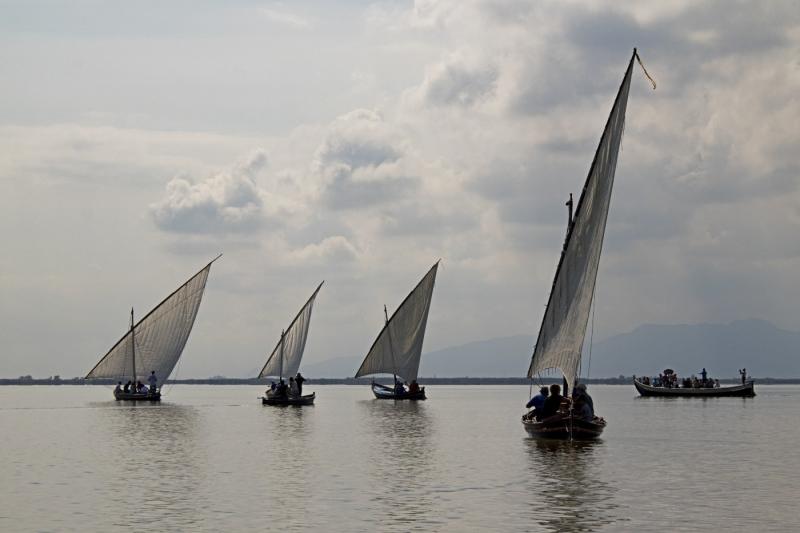