Medieval Jewels of the Region of Valencia

Medieval Jewels of the Region of Valencia

The region can boast of its three provinces with authentic medieval jewels for the traveller's enjoyment in the form of walled cities; monuments considered World Heritage Sites or indestructible fortresses. The importance the Valencian territory had during the Middle Ages has left its imprint in the form of an exalted patrimony that should be visited.

We start from the regional capital on this medieval route through the Region of Valencia. In the same city of Valencia, we inaugurate our Medieval route with the Silk Exchange (Plaza del Mercado s/n), the most sparkling jewel of European civil Gothic. Built at the end of the 15th century to house the operations of the merchants and their governing bodies, their star spaces are the Trading Room, supported by 24 helical columns, and the Consulate of the Sea, which has reopened its doors to show the rejuvenated face of its tremendous coffered ceiling. Tiny in comparison, but no less striking, are the little characters sculpted everywhere: harpies, witches, or demons. The Silk Exchange is also declared a World Heritage Site.

In the same Turia's capital, there are two fortifications that made the old city invulnerable. Torres de Serranos and those of Quart, which were part of the Medieval wall. They are the only doors that are conserved of the twelve original ones. They have survived the War of Independence, the War of Succession, and the Civil War.

Without leaving the province of Valencia, we head to Bocairent, to the south, almost on the border with Alicante. Half a kilometre from the town, we find a series of inaccessible artificial caves with openings pierced in the rock on the cliff of the Barranc de la Fos. In its almost vertical wall, there are 53 chambers excavated at different heights, the so-called Covetes dels Moros. It is not known if they were Visigothic monasteries or Berber barns used by local peasants.

It is time to visit the north of the Region. Perched on a peaked limestone teat in the rugged north of Castellón, the town of Morella emerges. Two kilometres of circular wall and 17 towers, lock its own medieval beauty. The ruins of its castle, at the top of the hill, and, the Archpriest Basilica of Santa María la Mayor at its feet, dominate a beautiful medieval ensemble of astonishing monuments. Its sloping streets allow to enjoy the contemplation of at least a dozen palaces and emblazoned houses owned by the old nobility.

Near Morella is San Mateu, the historical capital of the Maestrazgo, here was the palace of the grand master of the medieval order of Montesa. It has a remarkable architectural heritage, which highlights the 13th-century arciprestal church. In this building, Clement VII, in 1429, resigned his position as pope, thus ending the Western Schism.

The oldest furnace in Europe still in operation
To visit the oldest furnace in Europe in operation we must move to Forcall, in Puertos de Morella. The Forn de la Vila dates back to 1246 and maintains its original structure. Located in a ground floor building in the street that bears the same name, it is used from time to time to make the Santantonà, where they cook cocas and rolls that are distributed in the Fiesta del Fuego, declared of Regional Tourist Interest.

Culla, in the High Maestrazgo, was the possession of the medieval order of the Knights Templar. Strolling through its old historic quarter, declared an Asset of Cultural Interest, is a delight. A tour through the village allows you to contemplate the ruins of the ancient Arab castle of the 13th century, the old Granary of the Commander, now known as La Presó from the 13th and 14th centuries, the old Hospital or the church of El Salvador.

One of the most charming towns on the Castellón coast, Peñíscola, settles its old town on a small rocky peninsula, in the shadow of a severe fortress begun by the Templars at the end of the 13th century, renovated by the Knights of Montesa in the 14th century, and finished in times of Felipe II. In the castle of Peñíscola also inhabited a big headed maño, Pedro de Luna, Benedict XIII, considered the antipope by the Roman Church at the Council of Constance.

Invulnerable Castles
The Medieval route through the Region of Valencia now moves to the province of Alicante. From its medieval past, perhaps the most outstanding are the impressive castles that mark several municipalities. We started with Villena (14th century), to continue our journey through the forts of Banyeres (13th century), Biar (12th century), Castalla (11th century) or Santa Bárbara (9th century), in Alicante's capital. There are more, but we leave them for another trip.

Of immaterial type, it is worth highlighting the medieval pilgrimage to San Pedro de Castellfort, which takes place in the Castellón town of Catí, in the Maestrazgo. Every first Saturday of May the congregation parts in a procession to the hermitage of the XIV century. It is one of the oldest pilgrimages in Spain, already witnessed in 1321. The Medieval Fair of Mascarell, in the province of Castellón, also acquires its importance. It is a tiny hamlet of Nules surrounded by a wall of the thirteenth century that remains miraculously intact because the town, about 200 neighbours, has never outgrown it. 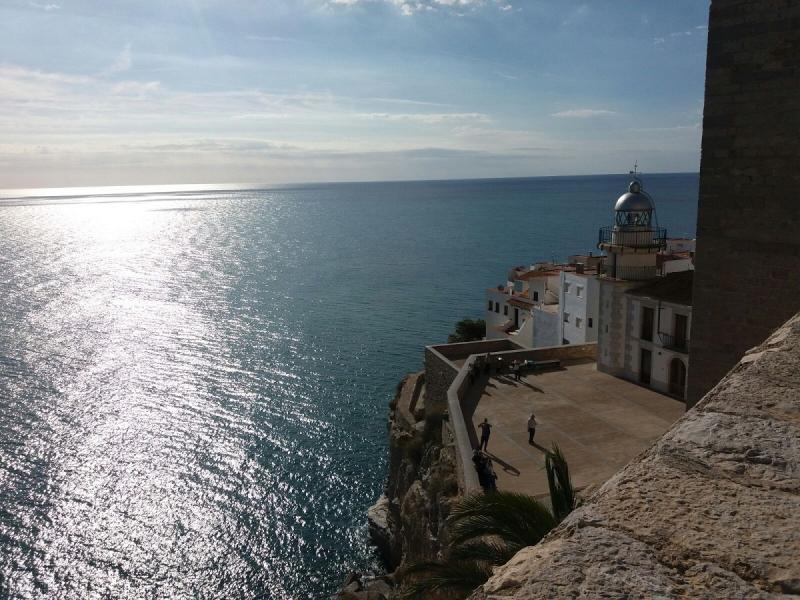