Travelling to the late nineteenth century is possible in Carcaixent. The Valencian locality of La Ribera Alta region celebrates the second edition of its Modernist Fair at the beginning of June, in a weekend full of exciting proposals and diverse leisure activities. The neighbours wear costumes that characterised the social and artistic movement of the time. They walk the streets of the municipality and invite the visitor to immerse themselves fully in the event.

On the 8th, 9th and 10th of June, Carcaixent will go back to the past with its Modernist Fair to commemorate a particularly prosperous period of history for the town due to the successful cultivation of the orange that served as an economic engine. Throughout these three days, gastronomic tastings, urban routes, visits to buildings and monumental gardens of Carcaixent, historical re-enactments, workshops, concerts, exhibitions or contests will take place in the municipality that surely will amuse big and small alike.

This year's edition will be linked to the union action and the social configuration from the previous century. During the weekend, the events will pay tribute to the first union of orange boxers in town, known as El Despertar Femenino (The Feminine Awakening). The fair's poster, work of the artist Pau Álvarez, recalls a photograph of the members of the said society taken on the 1st of May of 1918.

The Modernist Fair involves almost the entire municipality. One of the keys to success and the convening power of previous editions has been the extraordinary participation of different groups, associations and the commercial fabric of Carcaixent, together with the nearly 200 volunteers who collaborate in the many activities organised by the City Council.

The splendour of the orange
The restaurants take advantage of the festival to offer different modernist menus, with the orange as the star ingredient. Dishes such as duck confit with orange sauce, grilled beef entrecote with chocolate and orange, mojama and orange salad, orange pâté, onion salad with orange and tuna, orange flan or burned orange with ice cream These are just some of the preparations created by the participating establishments.

Modernism was an artistic movement of the late nineteenth and early twentieth centuries, mainly architectural and decorative, characterised by representing nature and the abundant use of curved and asymmetric lines. In Spain, it had its maximum representative in the figure of the universally recognised architect Antoni Gaudí.

A heritage that deserves recognition
With the excuse of the Fira Modernista, the traveller can walk the streets and corners of Carcaixent, a municipality that exceeds 20,000 inhabitants located on the right bank of the Júcar river. It conserves municipal buildings of remarkable interest, such as the Palace of the Marqués de Montortal (18th century), which has an essential sample of ceramic tiles from that century. Or the Town Hall (19th century), in a neoclassical style, with a beautiful and harmonious façade.

Among the religious monuments, the traveller can find along its path the hermitage of San Roque de Ternils, which is the oldest building preserved in Carcaixent; declared National Artistic Monument. Also, one cannot leave without visiting the parish church of San Bartolomé de Cogullada, or that of La Asunción, whose primitive church dates back to 1434. The final touch is given by the convent of Aguas Vivas (16th century), which sits on a valley of great beauty. It is part of the Route of the Monasteries in the province of Valencia. 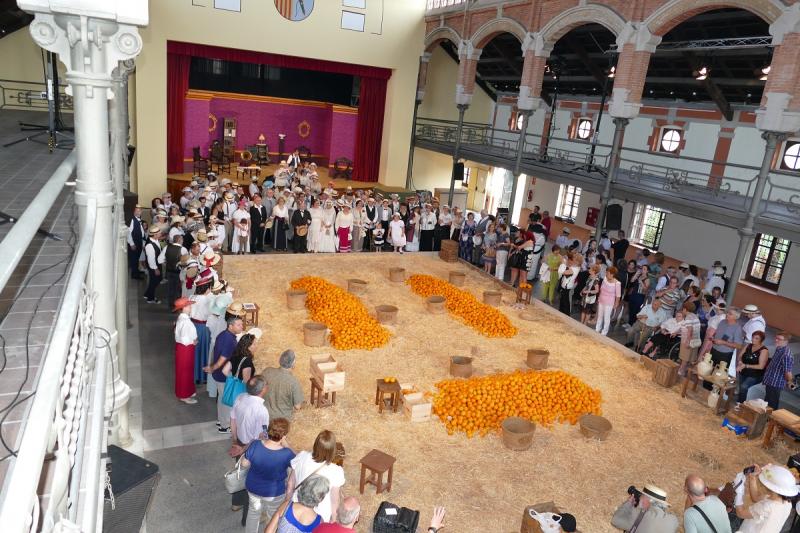 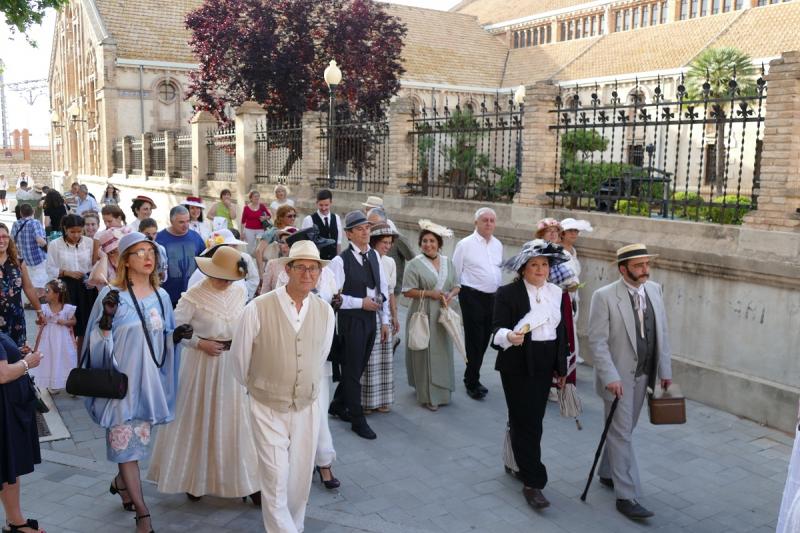