Old Trades of the Comunitat Valenciana

Old Trades of the Comunitat Valenciana

Many old trades have disappeared in the Comunitat Valenciana. Some craftsmen manufactured products that are no longer in use nowadays or the manufacturing process has been modernised and industrialised. Others have gone down in history because devices with modern technologies have replaced their purpose.

Below we list five of the trades that have entirely disappeared in the Comunitat Valenciana:

Neveros climbed high peaks of the Comunitat Valenciana where they stored the snow in snow pits or fridges for later sale. Snow and ice were used for gastronomic, therapeutic, and food preservation purposes. Villages such as Famorca, in Alicante, were the starting point for mule expeditions loaded with snow towards hot coastal towns. The transfer usually took place at night to avoid melting as much as possible. From the port of Alicante, ice was transported to Ibiza and even to the coasts of Africa. There are vestiges of these snow or ice wells throughout the Valencian territory, protected as cultural heritage of the Comunitat Valenciana.

In the Comarca dels Ports, in Castellón, there was a special dedication to the textile manufacture of woollen garments, to the well-known morellanas blankets, another fabrication was added, the sash. In the Museo de la Faixa de Cinctorres, they explain how sashes were manufactured and distributed throughout Spain. The Faixero was the person who was dedicated to transport and sell the merchandise.

The city of Valencia was the driving force behind the figure of Sereno that would later spread through the rest of Spain and part of South America. These night watchmen roamed the town streets at night, at the same time as they shouted the hours on the spot and gave the meteorological part. At a time in most cases the nights were serene, hence the name of the trade and the ones who exercised it. They used to carry a small lantern to illuminate the streets, a whistle to give the alarm if necessary, a bunch of keys of the neighbourhood, and in some cases a weapon of antler as indispensable tools. A trade already disappeared but much remembered.

El Oller was the person who used to work clay, making ceramics in terracotta generally used as cooking utensils: pots, pans, skillets, etc. In La Vall d'Uxó, in Castellón, there were more than fifteen artisan workshops devoted to it. The trade has proof of existence since the sixteenth century.

The office of matalafer was an artisan and itinerant craft. Mattress makers used to go through towns offering their services, redoing wool mattresses that caked with use. Their job was to dismantle, aerate and hit the wool to dust it off, re-weave the wool and reassemble the mattress, distributing the material properly so that it was soft and comfortable again. With the arrival of new fibres and technologies in the mattress industry, this trade disappeared.

Many of these old trades are lost, but not forgotten. They are honoured in a variety of towns and cities of the Comunitat Valenciana. Recognised in the name of a street or square, commemorated in museums where their tools are collected a showcased, or celebrated with public sculptures that remind us, at street level, that once they existed. 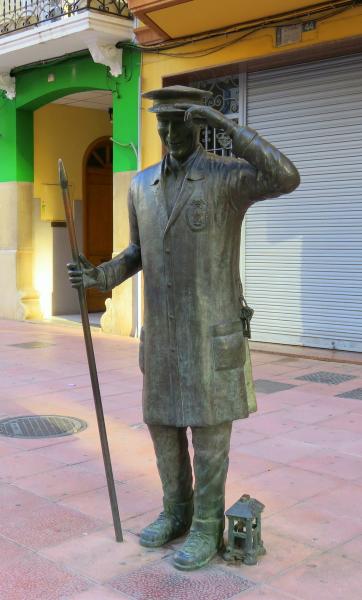 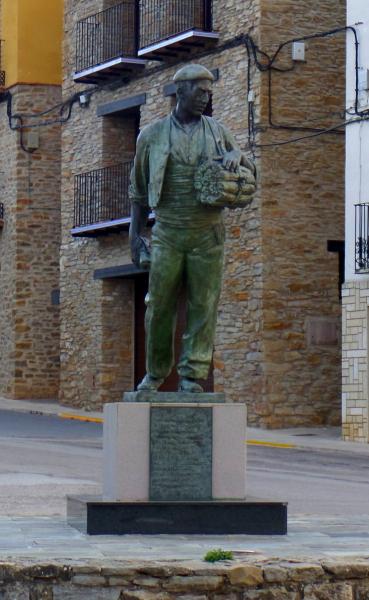