Benassal, a town located in the Alt Maestrat region of Castellón, offers a wide range of cultural, health, and natural resources. El Rivet Municipal Natural Park, a deciduous forest typical of the humid Mediterranean climate of the medium and high mountain, where the Valencian oak and the holm oaks alternate, hosts a flora micro-reserve of particular importance within the Region of Valencia.

El Rivet Municipal Park is located in the municipality of Benassal, in the easternmost foothills of the Iberian System, in one of the rainiest and coldest sectors of the Region of Valencia, in the heart of L'Alt Maestrat district of Castellón. Located at the height of about 900 meters above sea level, el Rivet Municipal Park is surrounded by beautiful and impressive mountains, an immense landscape of ravines down which entangled rivers and streams provide great beauty.

El Rivet Municipal Natural Park occupies an area of ​​16 ha. of which, 2.40 ha. host since 2005, a protected micro-reserve because of its vast natural wealth, an area where a variety of protected species live due to their peculiarity within the Valencian territory.

Flora
The Region of Valencia is one of the places with the largest flora variety of the Mediterranean, housing more than 350 plant species that only grow in the Iberian Peninsula and the Balearic Islands, 60 of which are exclusive of the Valencian territory.

The vegetation in El Rivet Municipal Natural Park is composed in its immense majority of Valencian oaks, an oak grove modelled by man for cattle pasture, characterised by the presence of some unique specimens of significant size, considered monumental and included in the catalogue of "Monumental and unique trees of the Region of Valencia."

Intermixed in the oak forest are examples of holm oaks and, in the undergrowth, white thorns and wild roses. In the clearings and meadows of the woods, between daisies and false jonquillos and other endemic species of the Levantine area. There are varieties of orchids threatened with extinction, such as the Listera ovata, in critical danger, the Cephalanthera rubra, almost threatened or the Dactylorhiza elata, species that motivated the declaration of the flora micro-reserve in the El Rivet Municipal Natural Park.

Fauna
As for the fauna of El Rivet Municipal Natural Park, thanks to the presence of various springs and flooded areas, amphibians are very well represented by species such as the Iberian ribbed newt or the common toad.

In the mature specimens of gall oaks and holm oaks nest bird species such as the blue vine, the tawny owl, the royal beak and the blue tit, besides harbouring populations of some of the rarest bats in the region, such as the barbastelle and the lesser noctule. In the clearings, there are a significant number of insects, among them some as important as the bees, orchid pollinators. Also, the presence of the wild boar, the genet, the weasel or the fox is frequent in the surroundings of the place.

Endowments
El Rivet Municipal Natural Park has a didactic itinerary and an interpretation centre, as well as a recreation area, fountains, sports area, municipal swimming pool and parking in the vicinity. The place is located three kilometres from the urban centre of Benassal and about 800 meters from the Spa of the Font d'en Segures, tourist standard of the municipality, which is a pleasant walk from this historic enclave for a scenic route privileged.

For decades, the excellent climate enjoyed by Benassal during the summer, together with the breathtaking landscapes offered by its geographical location within the Region of Valencia, made Benassal, and the surroundings of the Font d'en Segures, one of the favourite summer places for many Valencians. 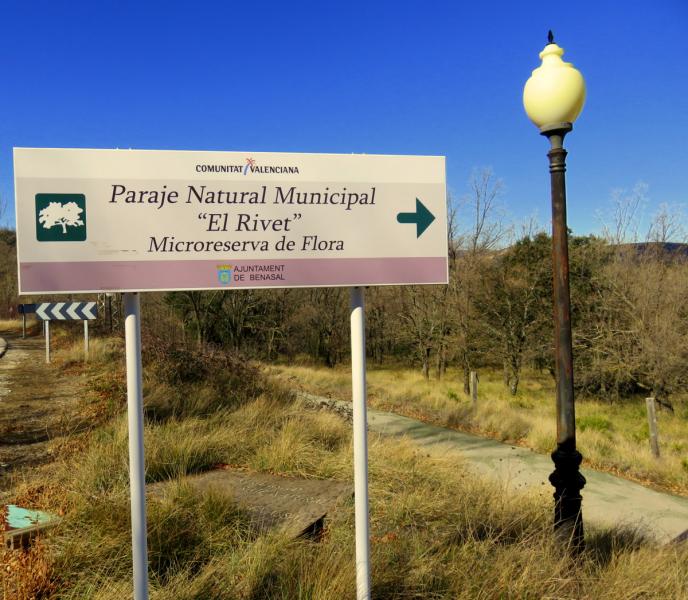 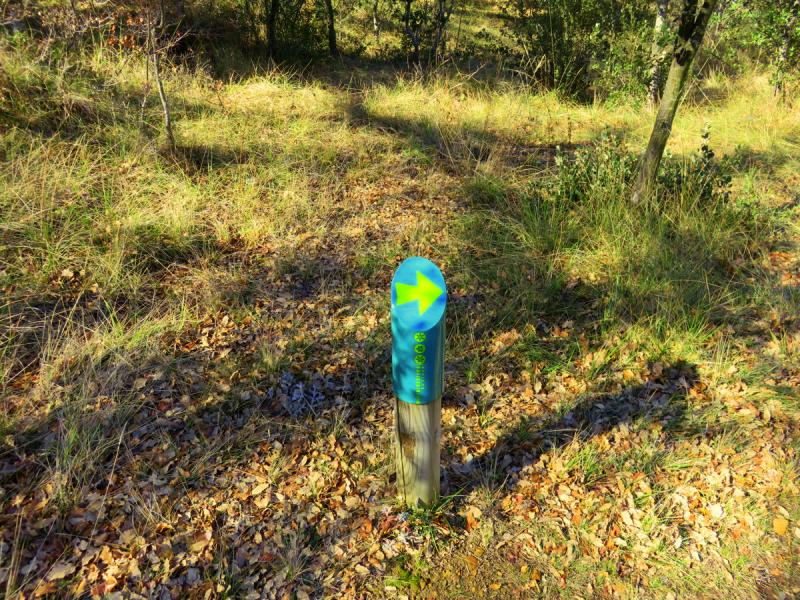 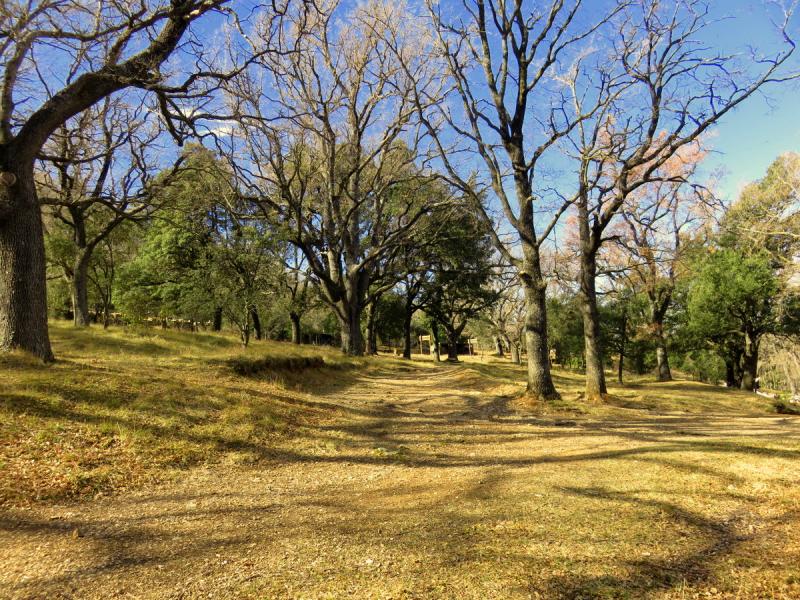 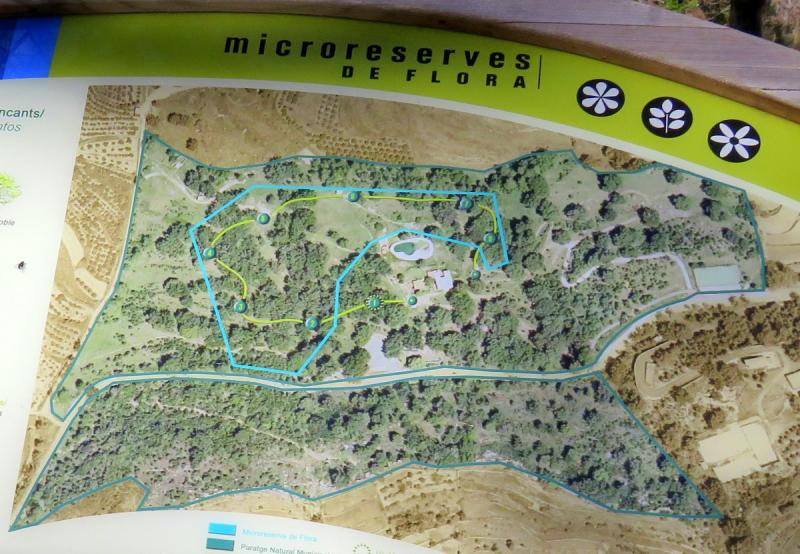 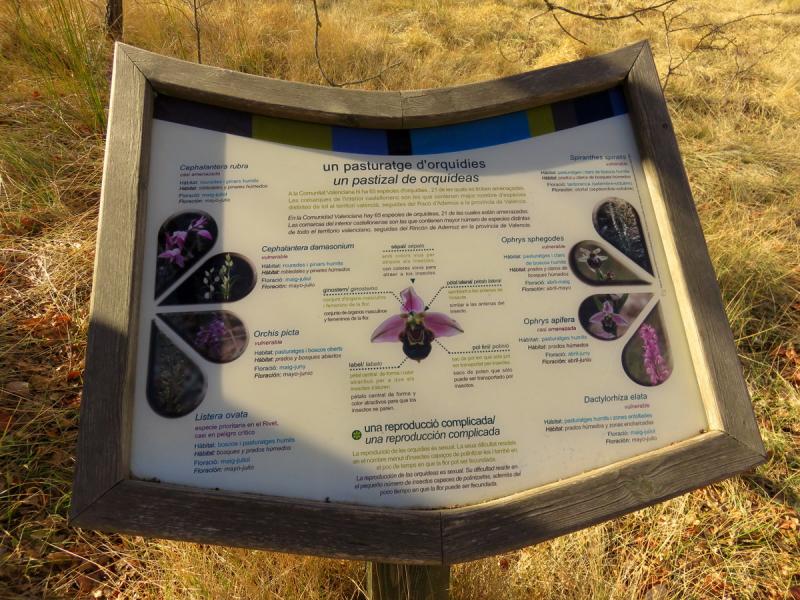