Photographic and Cultural Getaway in the Santa Cruz Neigh...

Photographic and Cultural Getaway in the Santa Cruz Neighbourhood of Alicante

Located in the foothills of the Santa Bárbara Castle, the Santa Cruz district is one of the oldest and most emblematic in the city of Alicante.

White, blue, and yellow tones predominate, but no two houses are the same. Each small facade has its own personality, embellished with plants, pots and flowers of varied nature. This is exactly what gives the neighbourhood that particular charm, turning the houses of the Barrio de Santa Cruz into the most photogenic ones in the capital.

Its streets were the starting point of the city's expansion, only accessible on foot. Prepare proper footwear, because to cross them you have to climb steep roads and long stairs. Although the effort is worth it: its city viewpoints gather the best panoramic views of Alicante.

In Santa Cruz, one breaths tradition and it shows during the Holy Week, when the image of Christ Medinaceli "The Captive," the Virgin of Sorrows, The Gypsy, and the Descent come out in procession. One of the most beautiful and emotional tours that awaken the most religious side of the city during the holidays. 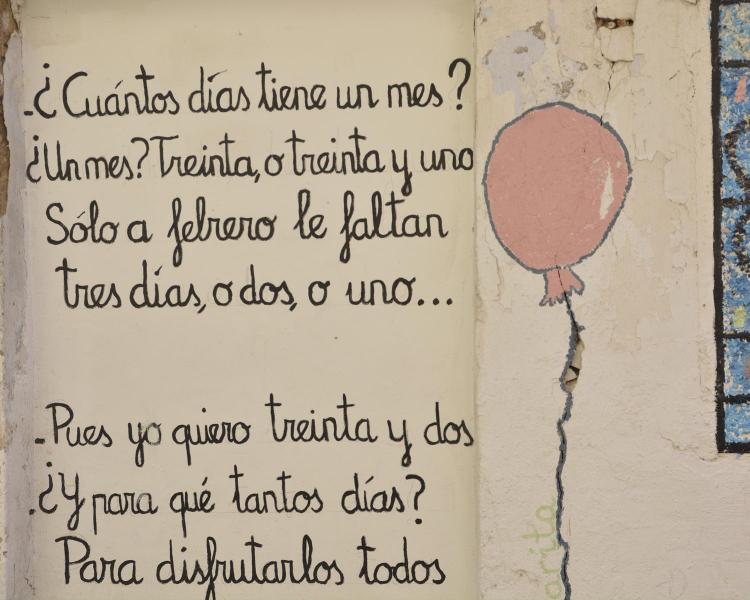 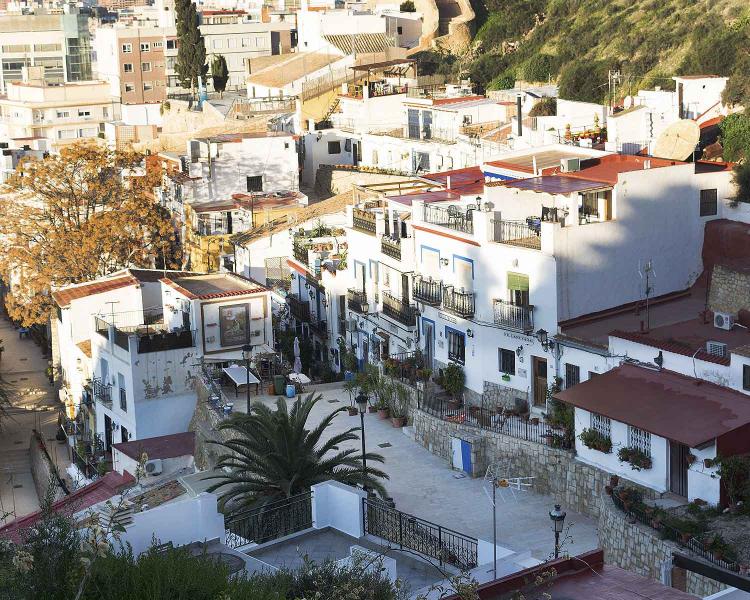