Route of the Clocks of Villena

Route of the Clocks of Villena

Villena is a city of the interior of the province of Alicante with great wealth in historical heritage. Its ancient buildings hide a mysterious route that has remained intact for centuries.

The Route of the Clocks of Villena comprises a total of four sundials located in the Plaza de Santiago and in the Church of Santa María. Its origin dates back to the 16th century when mechanical clocks were still unknown and sundials were the most reliable measure of time that existed. At that time, various sundials were placed between the streets and buildings of Villena so that the population could have a sense of time.

It was not until 2017 when the first Route of the Clocks was inaugurated, thus creating an exciting tourist attraction in the city of Villena. The sundial or solar quadrant consisted of a gnomon (or handle) that indicated the sun’s position in a plane to scale through its shadow. It is a very peculiar method since the precision of the time according to the shadow of the gnomon only served for that particular place on a specific day of the year.

Where to find the sundials

The four sundials of Villena are located in historic buildings of the city centre still preserved in perfect condition.

The route begins with the Church of Santiago. Located in the Plaza de Santiago built in Catalan Gothic style, it houses the oldest and best-conserved clock in the historic centre of Villena. It is a semicircular clock and dates from the sixteenth century. It is located on the southeast facade of the church and to the right of the door. This watch does not work correctly because its design was not suitable to the inclination of the handle.

For this reason, a second clock was made, this time on top of the main door and perfectly executed. Under the clock, you can read the phrase "Breve dies Hominis Svnt", which means "Brief are the days of man". This clock is the partner of the one located in the Municipal Palace since it only gives the hours from 4 until 15 and the second one gives them from 9 to 20 hours.

The building dates from the early sixteenth century and has several influences. It is of Renaissance character, but in its interior the patio with Tuscan style arches and columns is striking. However, the right part of the façade is Baroque. The palace was declared a Historic-Artistic Monument, and today it is the Archaeological Museum.

The Municipal Palace clock is located on its facade completing the clock hours of the Church of Santiago. This one also has a motto that says "Sic transit gloria vivis mvndi" which means "This is how the glory of this world happens."

The quarter of the clocks of this route is in the Church of Santa María. Its tower was not completed until the seventeenth century, and the sundial has the peculiarity of being the only one that is painted on the stone, indicating only the hours of the afternoon.

There is a fifth clock, much more recent, located in the Hermitage of San José. Its construction was in 2007, and its motto says "Friendship overcomes the hours." Being the most contemporary, it is the perfect endpoint for this route.

There is evidence of more watches that have disappeared over the years. Among them, was the clock of the Clock Tower or the Orejón, which was demolished in 1888 and today remains a record thanks to a plaque located on the same site. 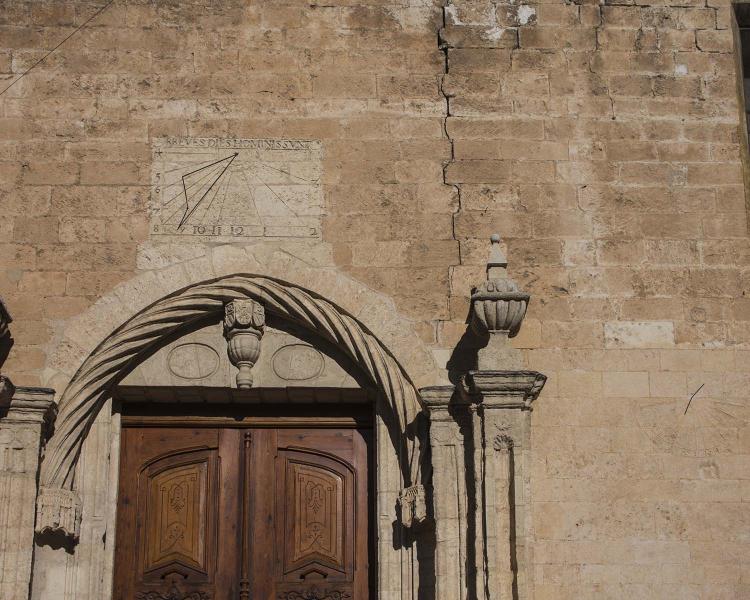 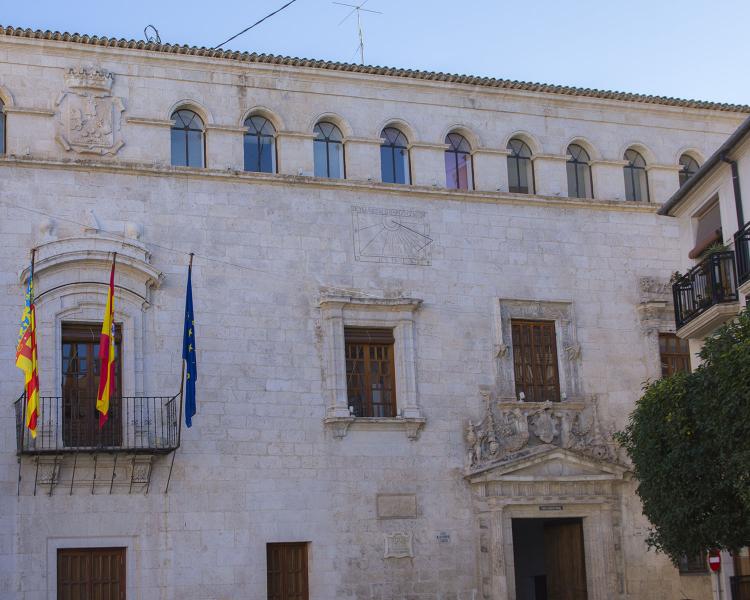 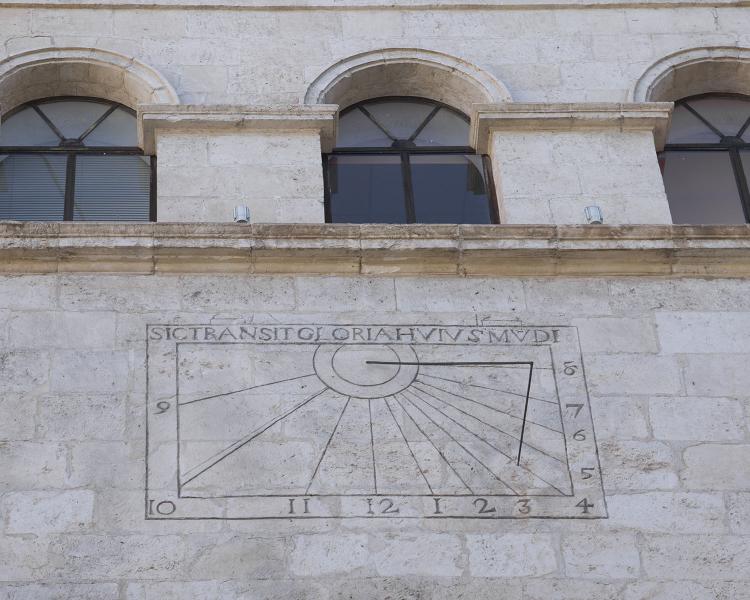