Strolling through the Old Town of Calpe

We propose a walk through the old town of Calpe to discover its charming spots: small streets, squares with murals, corners to smell the sea breeze. Go for it! It will surprise you!

The old town of Calpe is located about two kilometres from the coast. The ancient populations fled pirate attacks on the coasts and built walled buildings to protect themselves. At the moment it is a mesh of paved streets, with coloured stairs, murals, flowers and plants that adorn the marine alleyways tuning into one of the most charming places in the province of Alicante.

A route to visit the old town of Calpe

There is a marked tourist route that runs through its streets and passes through old buildings such as churches, walls, and Roman ruins so that no one loses detail of its nooks and crannies.

In the Plaza de la Vila you will find one of the most popular spots. The Torreó de la Peça is a part of the old wall that protected the population. Its name comes from a fort with an artillery piece that was knocked down in the 20th century. At the moment it holds the Museo del Coleccionismo, where different temporary collections are exhibited, public and private.

Another site to visit is the Iglesia Parroquial de Nuestra Señora de las Nieves, located in the Plaza de la Vila. A young church, built in the 70s with modern style. Its stained glass windows and façade are striking, decorated with a large antique mosaic.

A few meters away is the Ancient Church. It dates from the 15th century built over an old Christian chapel. Of ogival and Mudejar style, it is characterised as a fortified building since it formerly served as a religious and defence centre.

One of the most prominent corners is the Forat de la Mar and Arrabal. When the pirates disappeared, the population opened some streets that were previously sealed by the walls. Through them, you can access the Arrabal, where you can find the most picturesque streets of the municipality: San Roque, Pescadores, and Puchalt.

The Forat de la Mar was the meeting point for sailors, from where they checked on the sea conditions and decided if they could go sailing. Right there is the Plaça dels Mariners, the access point to the sea.

Along the old town streets, we can find different murals and mosaics, among which the facade of the Tourist Office stands out. Work of the painter and muralist from Alicante, Gastón Castelló, who gathered the most iconic elements of town, such as the Peñón de Ifach, the sea, the fishermen, and the inhabitants.

To learn about the past of Calpe, we must not forget the Museo de Historia y Arqueología. It is located in Santísimo Cristo street, specifically in the famous building of the Senyoreta House. The museum has a significant representation of elements of the Baños de la Reina and the Medieval town of Ifach, due to its great historical importance.

It also houses collections of utensils that go back to the Bronze Age, such as bowls, vessels, sickle teeth, etc. extracted from the Cosentari deposit. As well as elements typical of the Iberian Period, such as decorated plates, hooks and loom weights.

The Portalet was an ancient gateway to the historic walled town. A large defence gate used to block access to the enemy. In 1923 it was demolished due to its poor condition, and in its place, the building that today gives life to the Town Hall was built. Inside, there is the Exhibition Hall "Ajuntament Vell."

If you visit Calpe, do not hesitate to tour the coast and enjoy its fine-sand beaches; discover the significant presence of architect Ricardo Bofill's buildings, such as the popular Muralla Roja, or visit the Calpe's Maritime Promenade and contemplate its most representative icon: the Peñón d'Ifach. 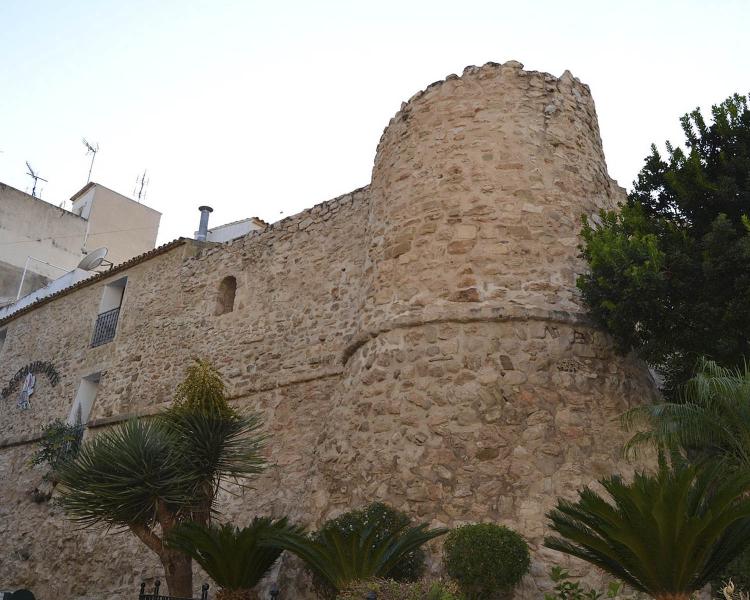 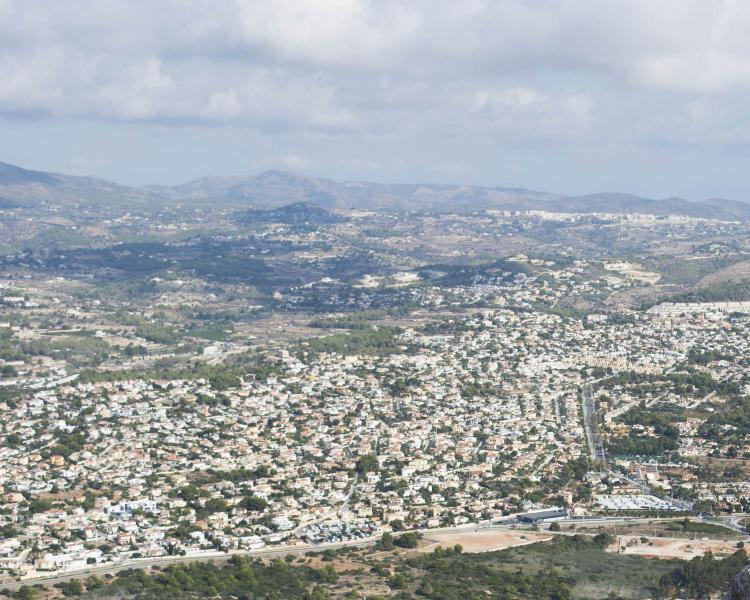