If you think of the Costa Blanca, an image full of light will surely come to mind. But when night falls and the sky dyes reddish, the Levantine coast becomes one of the most beautiful and memorable pictures of your passage through the Mediterranean.

We share a list of ten stunning sunsets on the Costa Blanca that you should not miss:

The salt marshes of La Mata y Torrevieja are formed by two lagoons that comprise a surface of more than 4,000 hectares. Connected to the sea through the Acequión channel, they house one of the most beautiful natural areas of the Costa Blanca.

Because of its Mediterranean climate and salinity of the water, the park is home to many birds, some of them endangered, highlighting the flamenco, the stilt, the common tern, and the black-necked grebe. The pink sky when the sun is projected over the water sheets showcasing the reflections of the majestic flamingos creates an extraordinary scene to hold in memory.

Located in the Natural Park Salinas de Santa Pola, Torre de Tamarit has been watching the Elche coast for centuries, since its construction in 1552. The monument, also known as the Torre de las Salinas or the Torre de la Albufera, is protected by the Decree-Law of April 22, 1949, and is an icon of the area creating one of the best Costa Blanca' sunsets.

3. The Palm Grove of Elche

Declared a World Heritage Site since 2000, The Palm Grove of Elche holds more than 200,000 specimens of date palms. Created originally by Muslims with the aim of generating an agricultural system, since then it has been preserved. Today The Palm Grove of Elche is an icon of the city and a great tourist attraction. The landscape can be visited freely with a pleasant sunset walk to contemplate one of the most beautiful twilights in the province.

At the foothills of the Santa Bárbara Castle is the popular Barrio Santa Cruz, one of the most iconic and representative in Alicante. Its attraction lies in the set of white houses, with colourful doors and flowers that adorn the streets creating one of the most photogenic scenes in the old town. Thanks to its location, it houses an impressive panoramic view of the city of Alicante, from where you can see a beautiful sunset.

El Campello can also boast of having one of the best sunsets on the Costa Blanca. Its watchtower, called Torre de la Illeta or Torre Saleta, is an icon of the municipality. Built between 1554 and 1557, presides over the marina with great tempera and beauty. From the tower, you can capture countless dreamy sunsets.

From the Sierra de Mariola you can see a complete panoramic view of the inland Costa Blanca. With numerous fountains, springs, and cellars that take us back to the past, walking its paths is a pleasant track of wonderful sunsets.

The Serra Gelada is the perfect place for those who can not decide between sea or mountain. With an extension of more than 5,600 hectares and cliffs 300 meters high, the Serra Gelada Natural Park has become one of the most admired mountainous areas of the Region of Valencia. Throughout the whole of the mountain range are numerous coves and hiking trails that connect Altea with Benidorm, thus offering an impressive view of the skyscrapers.

Another icon of the Costa Blanca is the Penyon D'Ifach which, like the Serra Gelada, is perfect for the undecided between sea or mountain. A 50,000 square meter cliff that emerges from the Mediterranean that has become a meeting point for athletes such as climbers, hikers, and divers. From its top, you can see impressive views of the municipality that welcomes you: Calpe. But it also poses for the camera at sunset.

A cave excavated in the foothills of Cabo de San Antonio in Dénia. Destined in the beginning to extract grit for construction, today it has become a must in the Cabo de San Antonio Natural Park. There, you can enjoy a hiking trail of about 45 minutes that culminates with a visit to the Cova Tallada for a swim at sunset.

Located in the municipality of Jávea, Cabo de la Nao offers one of the most characteristic corners of the Levantine coast. It borders the gulfs of Valencia and Alicante, being the easternmost peak of the province. Highlights its micro plant reserve and Coba dels Orguens, located at its feet. From its coves bathed by the Mediterranean, there are fabulous sunsets soaked in a sea breeze. 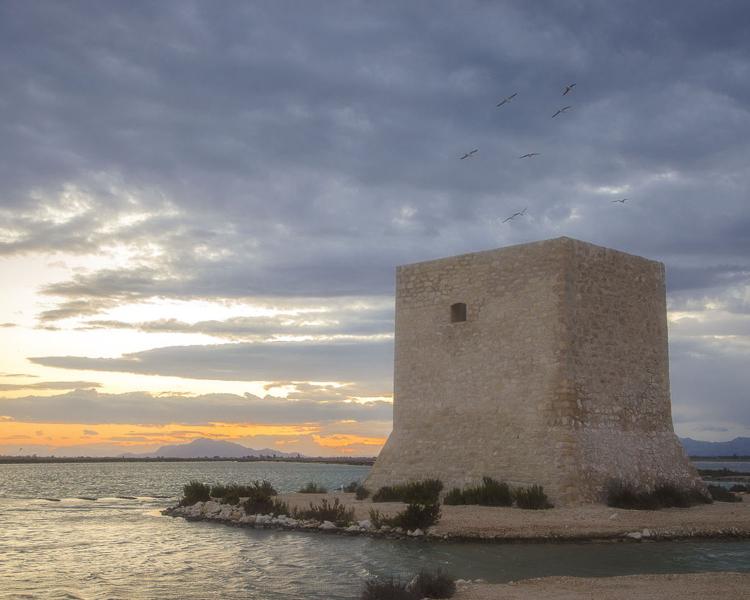 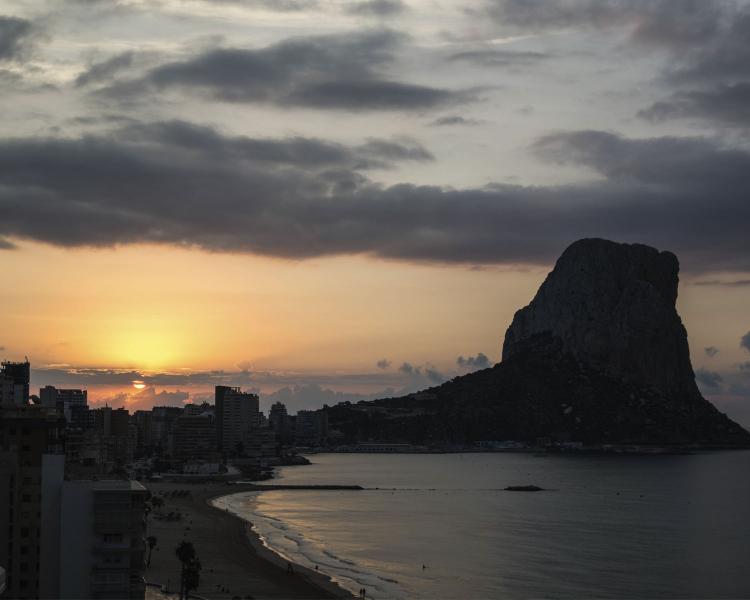 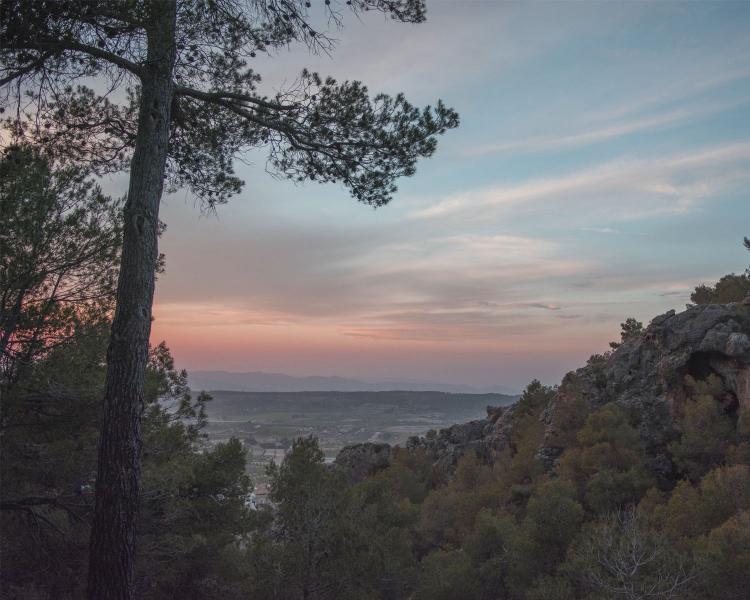 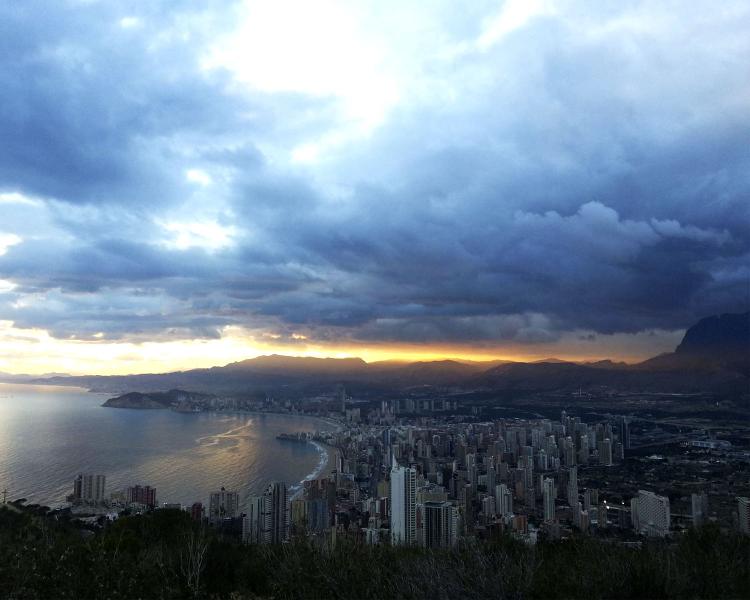 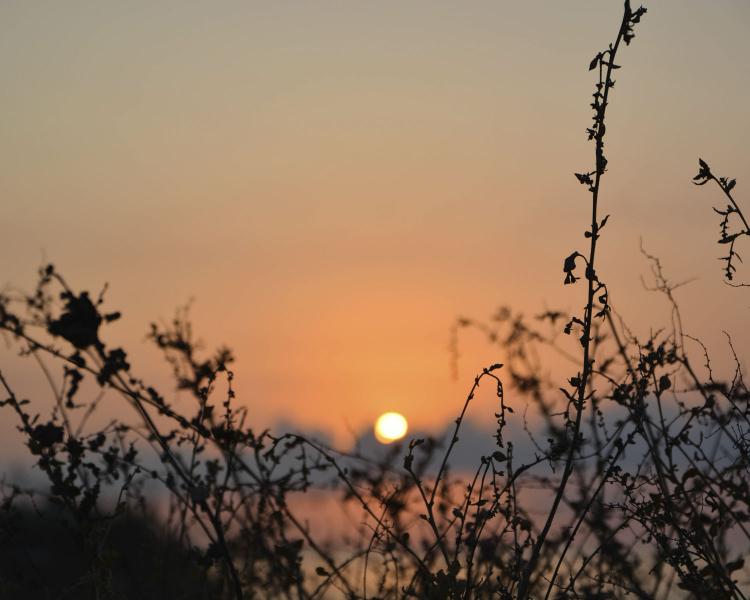