Ten Things You Should See in Dénia

Ten Things You Should See in Dénia

The city of Dénia is located on the north coast of the province of Alicante and is the capital of the Marina Alta region. Bathed by the Mediterranean Sea and sheltered from the strong winds by the Montgó massif, it is a trendy place for tourists since it offers good weather almost all year round.

Dénia has been considered a Creative City of Gastronomy by UNESCO due to the quality of its products and renowned chefs that delight visitors. If this was not enough a reason to discover this beautiful city, Dénia also offers many places of interest for all tastes. Below we detail ten places that you should not miss in Dénia.

Accessible from San Francisco Street, in the neighbourhood of Les Roques. This castle served as a fortress during the piracy period in the Mediterranean and is located at the highest point of the town. Of Moorish-Andalusian origin, its construction dates back to the 10th and 11th centuries, although vestiges of the Roman Dianium have been found on its slopes.

In addition to its historical importance, a visit to the castle is essential for its spectacular views of the town and its archaeological museum.

This tower, 13.5 meters high, is located at the end of Les Rotes de Dénia. You can reach it by taking a 5 km hiking route that borders the sea. Together with other towers, it forms part of the network of coastal fortifications that were built during the 16th century to prevent the constant attacks of Berber pirates. The tower is circular and has a truncated cone shape, presenting two superimposed bodies, acting the lower one as a buttress of the structure.

This original museum that will delight young and old alike is located on Calderón Street and is free. It shows a comprehensive exhibition of toys from the early twentieth century to the 60s, being especially important those made in lithographed tinplate, since the first toy industry of Dénia manufactured them since 1904. Later wooden toys were introduced, moulded and varnished with delicate finishes.

La Marina is located in the southern part of the coast of Dénia and offers services for both boats and visitors. It has more than 400 moorings available for vessels of different sizes and depths, as well as a seafront where you can enjoy the sea and an excellent gastronomic offer with about a dozen restaurants that offer visitors local and international dishes. In the summer months, the marina is full of nightlife; we can find some of the most visited pubs with an excellent location.

It was declared a Natural Park in 1987 and has an area of ​​2117 hectares. Located between the terms of Dénia and Xàbia, it houses more than 650 species of flora and vegetation. The Montgó massif has an altitude of 753 meters above sea level, and you can take various hiking routes on its slopes or to the top.

This street has become very popular since it was pedestrianised, as it is the heart of the restoration of the historic centre of Dénia. It unites the Avenida de Valencia, entrance to the city, with the Plaza del Ayuntamiento. In its 300 meters in length, we find several shops, among which restaurants stand out, being a required place to visit to taste the local gastronomy.

This road runs along the old railway line linking Dénia with Gandia, part of the Dénia-Carcaixent line, the oldest narrow-gauge railway on the peninsula, which has been in operation for 90 years. After years of deterioration and abandonment, the Ministerio de Medio Ambiente, Rural y Marino, within the framework of the Natural Roads program recovered and conditioned the railway for its use as a greenway. This route reaches the Vergel, covering a distance of 6.5 km, and can be travelled on foot or by bicycle.

If for some reason it is known, the city of Dénia is for its coast, having two zones differentiated by their geographical characteristics. To the south, we find the area of ​​Les Rotes, with five beaches or coves that delight the lovers of snorkelling and diving. The Marineta Cassiana is the only one with sand bottom, the rest, the Trampolí, Punta Negra, Arenetes and La Cala have rocky bottoms. On the other hand, to the north of Dénia, we find the area of ​​Les Marines, with six beaches of fine sand and most of them with Blue Flag. Punta del Raset, Les Marines, Les Bovetes, Els Molins, L'Almadrava and les Deveses, six beaches where you can enjoy the sun and in some of them also water sports such as windsurfing or kitesurfing.

Located on the seafront, the Esplanade Cervantes owes its name to the renowned writer Miguel de Cervantes Saavedra, who landed in Dénia after his captivity in Algiers in the year 1580. At the end of the tour, we find a bust in his honour. Typical for its palm trees and craft stalls, this esplanade is the ideal place to walk or buy souvenirs.

In front of the Esplanade, we find the Lonja and the fishing port of Dénia, where you can see the boats arrive in the afternoon and it is the place where the fish auction takes place from Monday to Friday at 5 pm.

The Cabo de San Antonio Natural Reserve is a protected area with an incalculable ecological value that occupies 900 hectares. Under its waters, we can find species such as corals, meadows, of oceanic Posidonia, crayfish, groupers, gorgonia, etc. In the preserve, it is allowed to swim and free dive, navigate without motor and moor in the available buoys.

Near the coast, activities such as snorkelling and scuba diving can be done upon the request of a permit. Besides, in recent years there has also increased the sighting of cetaceans from the coast. It is the place with the most sightings in the Region of Valencia. Of particular interest are the dolphins and fin whales, the second largest animal on the planet. 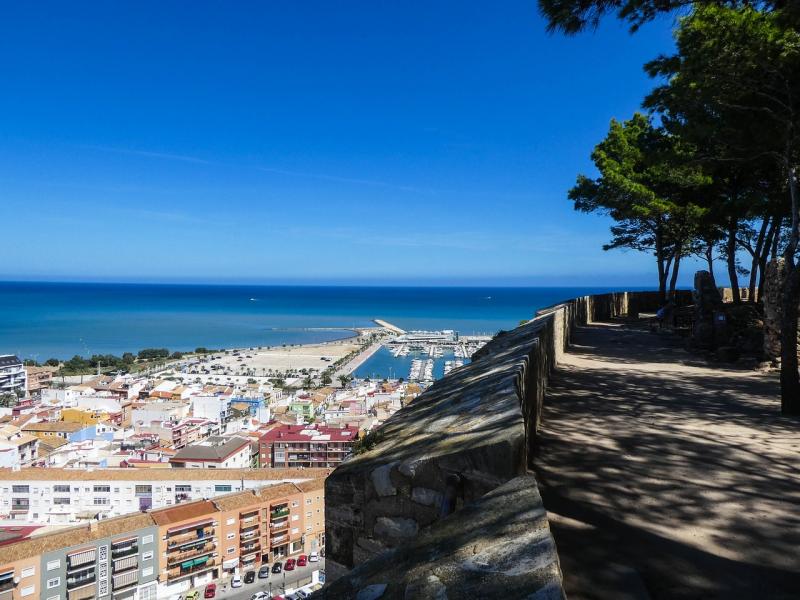 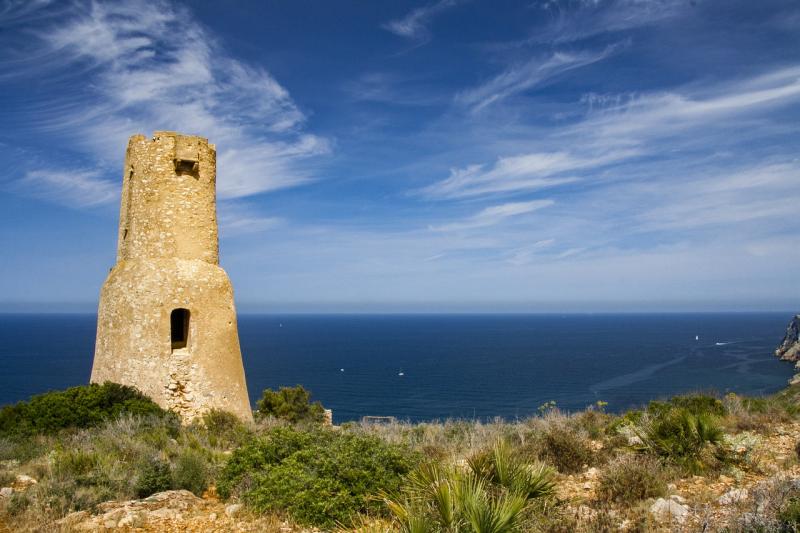 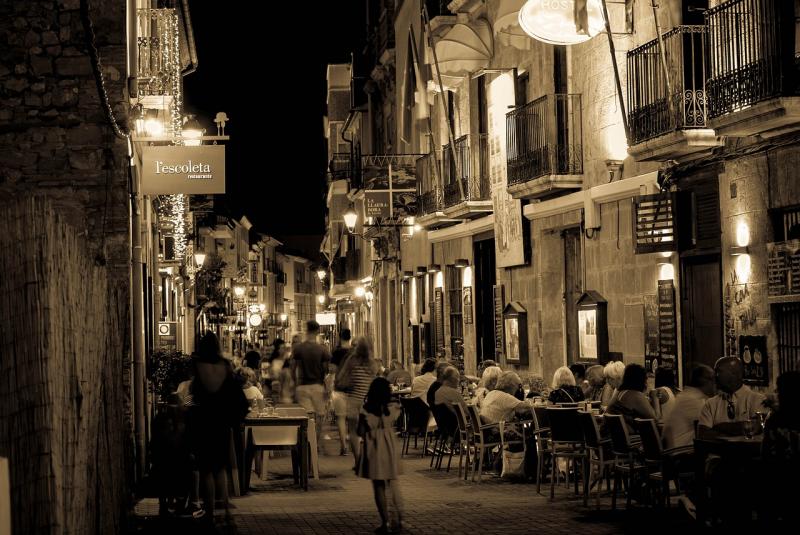 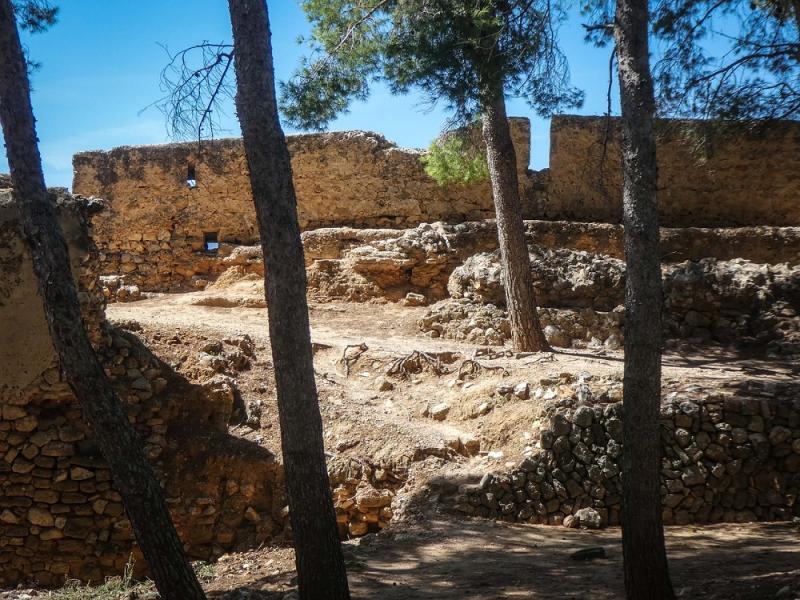