The Curious History of the Casa de las Conchas in Peñíscola

The Curious History of the Casa de las Conchas in Peñíscola

There are curious corners in Peñíscola that you find when you walk through the streets of this beautiful town bathed by the Mediterranean Sea. On the way to the Templar Castle of Papa Luna, you will see a unique building with a curious history, the Casa de las Conchas.

Strolling through the streets of Peñíscola takes you to beautiful places that show the beauty of this coastal town surrounded by walls and bathed by the Mediterranean Sea. If we go up from the Portal of Sant Pere, we find the Bufador and also the Museo del Mar, and if we continue up this street, we come across the Templar Castle of Papa Luna.

On this route, on Farones Street, there is a building that undoubtedly catches the attention of visitors as much as the castle, a house whose facade is wholly covered with shells, with a curious history behind its construction: Casa de las Conchas.

Located on the coast of the province of Castellón, Peñíscola is a city full of history. Through its streets have passed from Knights Templars or kings to Pope Benedict XIII of Avignon, who lived in the Castle of Peñíscola from 1411 until his death in 1423.

Its location, between the Mediterranean Sea and the Sierra de Irta, offers visitors a variety of landscapes to choose from. Also, its old town preserves the beauty of its past, walking next to its walls and visiting its famous castle. You can also discover the beautiful promenade, or swim in its extensive beaches to the north or the intimate coves to the south.

On the way to the Castle, between narrow cobbled streets and souvenir shops, we find the beautiful Casa de las Conchas that does not go unnoticed by visitors. Not only it is a striking building, but also the history behind its construction makes it even more special.

It all started when at the beginning of the 50s a couple, Timoteo and Justa, along with their three children (Agustín, Gloria, and Joaquín) began to experience an adverse economic time due to the lack of work and supplies. In this situation, Justa had the idea of ​​learning well the history of each corner of the city and telling it to the tourists who were beginning to arrive in Peñíscola, in exchange for a tip.

Without knowing it, Justa became the first tourist guide and promoter of tourism in Peñíscola. Little by little her work started generating an income until the family was able buy a piece of land, where now their beautiful house sits.

Despite the delicate health situation that Timoteo was going through, they managed to build a three-floor house. They decided to decorate the whole facade with native shells because of their love for the sea. They acquired the shells in exchange for tobacco from local sailors.

With arabesque windows and the shield of Papa Luna in honour of the town origin, the house was finished in 1961. Once it was finished, Justa opened the first souvenir shop in Peñíscola, in front of their house, creating the image of tourist promoter that accompanied Justa throughout her life.

Currently, this house has become a symbol and point of interest for the city, along with the Castle. Many tourists come here to be photographed next to its wooden door, its walls full of shells or taking a panoramic picture to appreciate all the beauty of the house. Without a doubt, it is part of the itinerary that every visitor must see in this city. 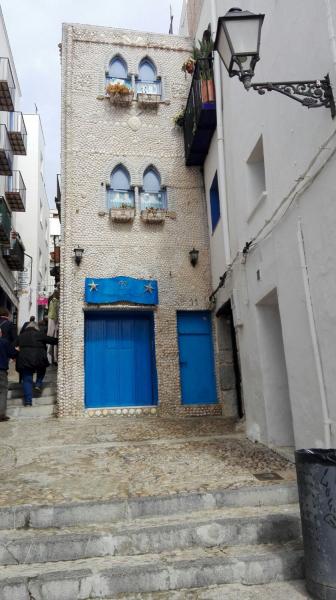 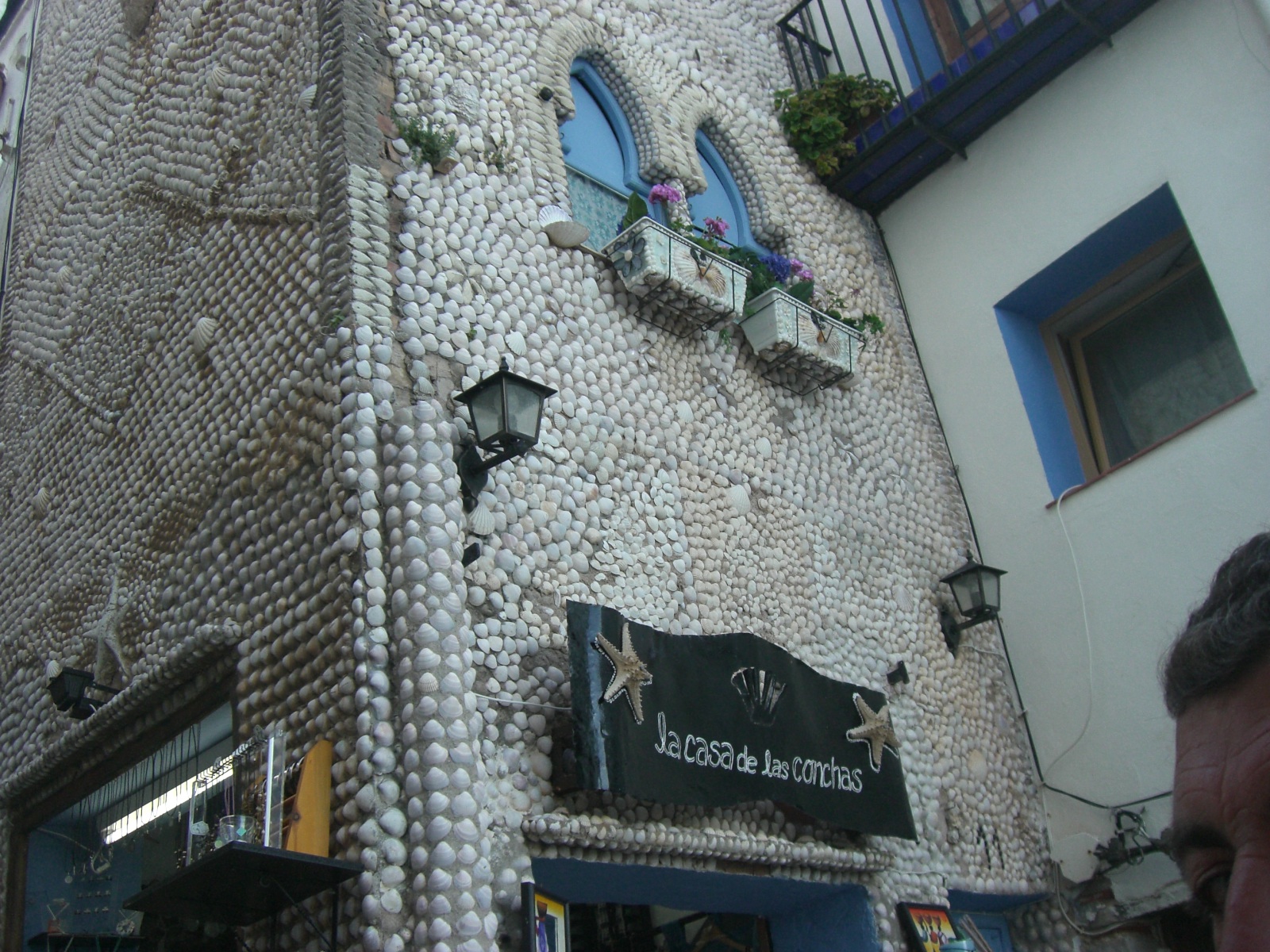 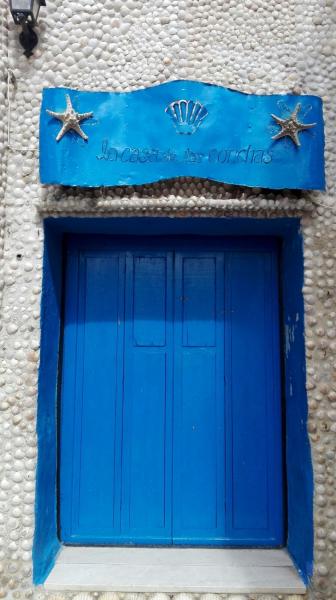