Spain is part of the UNESCO program "Silk Road," in which València is its main city. In 2016 the II Encuentro Mundial “València, Ciudad de la Seda 2016” was held.

València has always been linked to the silk trade, especially during the fourteenth to eighteenth centuries, when mainly mulberry trees were cultivated in the Valencian orchard, and silk was woven in the more than 5,000 workshops that came to be in the neighbourhood of "Velluters." But one of the most precious exponents of this era is the Silk Market, a masterpiece of Valencian civil gothic.

The Silk Market was destined to carry out mercantile transactions, the basis of the Valencian economy during this period, becoming València's focus of exchange in the Mediterranean. It is called the Silk Market as this fabric was the most relevant industry in the city at the time when twenty-five thousand people in València were engaged in this guild. Its name has remained unchanged to this day in homage to the industry that was crucial in València for so many centuries.

The Silk Market or Silk Exchange was built between 1482 and 1498 by master stonemasons Pere Compte, Juan Ivarra, Joan Corbera, and Domingo Urtiaga, who finished it in 1548. It is one of the most important monuments of València, declared a World Heritage Site of Humanity by UNESCO in 1996.

This building is the reflection of the golden age of the Turia's city, representing its richness through an architecture of great beauty such as its main hall filled with columns in the shape of palm trees, its sculptures, gargoyles, or roof details that amaze all visitors. 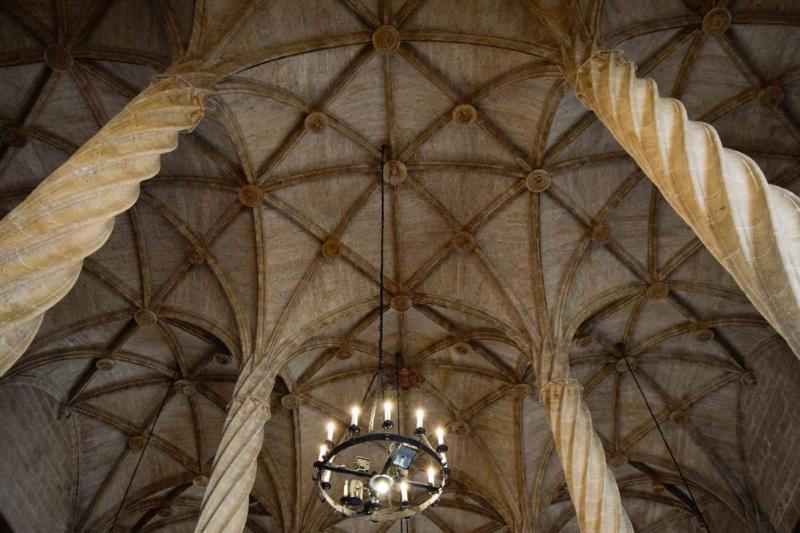 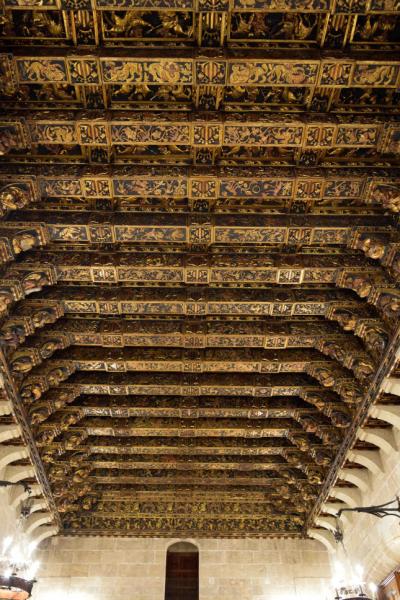 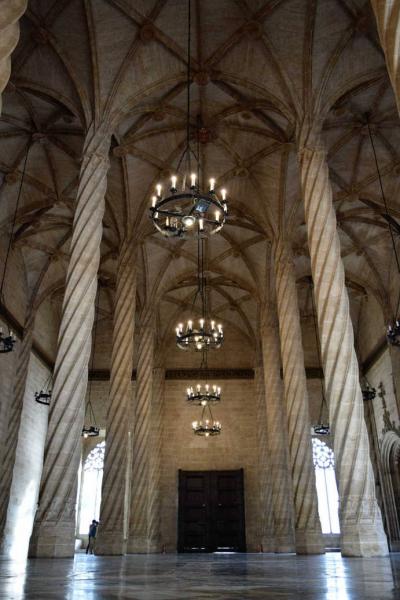