The Living Nativity Scene of Pobladores in Elche (Alicante)

The Living Nativity Scene of Pobladores in Elche (Alicante)

During the Christmas season, there are artistic and cultural expressions of great interest around the Region of Valencia, one of the most relevant is the Living Nativity Scene of Pobladores in Elche.

There is always a reason to visit the city of Palmeral, this time we recommend a plan that you cannot refuse. From the 25th of December to the 6th of January, the Asociación de Pobladores de Elche carries out the staging of a Living Nativity Scene next to the Palacio de Altamira.

The magnificent Palmeral, a World Heritage Site, becomes the best place to recreate a village from that period. More than forty actors reproduce the most significant biblical passages (the Slaughter of the Innocents, the Birth of Jesus, or the Arrival of the Three Wise Men from the East) and a good number of everyday scenes from the first year of our era.

The Asociación Histórico-Artística Pobladores de Elche is in charge of producing the event. The association was founded in 1979 with the aim of disseminating and sharing the different classical cultures that passed through Levante. The best way to do it is through historical recreations, parades, or theatrical performances. Since 1981 when December arrives, the association prepares their nativity scene.

If you come to Elche do not expect to see the typical nativity, the inhabitants will surprise you with their staging, a particular version entirely different from the rest of nativity scenes represented throughout the country. In the Palm Grove, apart from seeing the biblical characters, you can enjoy the historical recreation of the moment.

Imagine being part of history, walking through the past along 3,000 square meters where you will run into Roman legionaries, kings, concubines, scribes, shopkeepers, innkeepers, preachers, thieves, lepers, and a host of characters that fill with life the Palm Grove.

To make it even more attractive, the Palm Grove is divided into three zones:

The Roman zone which recreates a military camp and the Palace of Herod.

A typical street in the city of Bethlehem in the first year of our era. There you can enjoy a traditional market and an inn. It is the most vibrant area.

The nativity scene, a place occupied by the Holy Family and all the characteristic elements of this religious representation.

You know, from the 25th of December, Elche awaits you with their Living Nativity Scene, listed as one of the ten most representative in the world, which makes it an ideal activity to enjoy with family, friends or as a couple. Be as it may, do not wait for anyone to tell you about it! 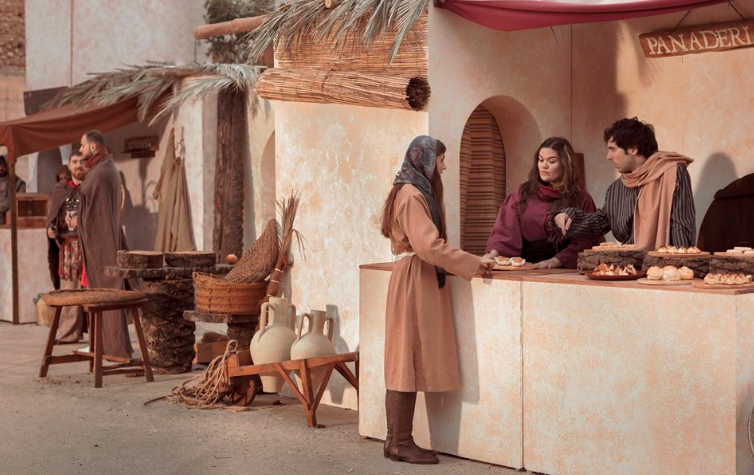 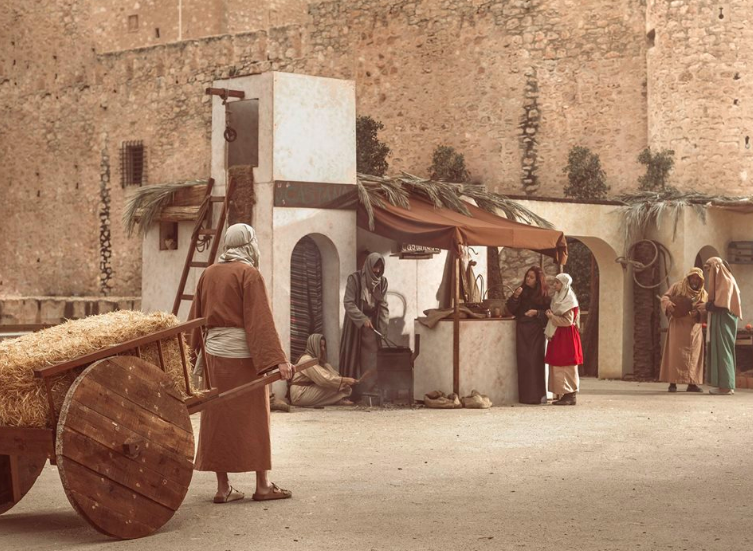