The Long Tradition of Giants and Bigheads in Ontinyent

The Long Tradition of Giants and Bigheads in Ontinyent

Los Giants and Bigheads of Ontinyent are a fundamental part of the Corpus Christi and La Purísima fiestas. Twice a year, these peculiar figures take to the streets to dance on the eve of the festivities and in their processions. The rest of the time they can be found in the permanent exhibition at the Palau de la Vila, a historical building located in the centre of the municipality.

The Giants represent the cultures that coexisted in the village during the medieval era. The Arab, the Jewish and the Christian. These figures are four meters high and weigh almost 50 kilos. Inside, there is an aluminium structure, where people can hold and carry them during the holidays.

The Bigheads are eight figures that represent popular characters and, although they are smaller and lighter than the others, they create an exceptional expectation among the public.

In addition to its local parties, every four years the Giants and Bigheads of Ontinyent have a national appointment with other local representatives. The latest and sixth edition was held in Ontinyent, where figures from all over Spain had a meeting animating the streets of the municipality with dances, music, and comparsas.

The long tradition of Giants and Bigheads in Ontinyent

The Giants and Bigheads of Ontinyent have a long tradition, whose first record of its existence is from 1743, the year in which an ecclesiastic named "Master of rocks," organised the Corpus Christi festival and its activities: Mumos, Giants, Dwarves, and Comedies.

Despite their long tradition, they have not always been protagonists of the festivities, since they have been eliminated from the programming on many occasions due to historical circumstances. However, there are records of the appearance of Giants and Bigheads such as:

In the year 1855: During the Fiestas de la Purísima, some young people took four Giants to the top of the Campanar de la Vila, surprising the parishioners at the open mass celebrated during the holidays.

In the year 1931: After the proclamation of the Republic, the King of the Bigheads was thrown from the balcony of the City Hall as a sign of the destruction of everything related to royalty.

In the year 1946: At the request of the people, artists such as Carlos Tormo and Manuel Martínez Oviedo built new Giants and Bigheads made of wicker and beech wood.

As the tradition marked, the four Giants, Isabel and Fernando (the Queen and King) and L'Agüelo and L'Agüela (the Moorish King and Queen), danced to the rhythm of the drums of the Els Culets dynasty, which played the song El Ball de Torrent. Meanwhile, people sang "tireu pa i olivetes, arrimeu cadiretes."

Throughout the time the Giants and Bigheads route to the Calle Mayor was reduced, but the figures were deteriorated and destroyed by the transfers.

It was not until 1982 when the theatre group Auca recovered the Bigheads, and in 1992, the Giants. After that, dance and music were assimilated as a fundamental part of the tradition, and nowadays all the neighbours and visitors enjoy the show to the rhythm of their melody. 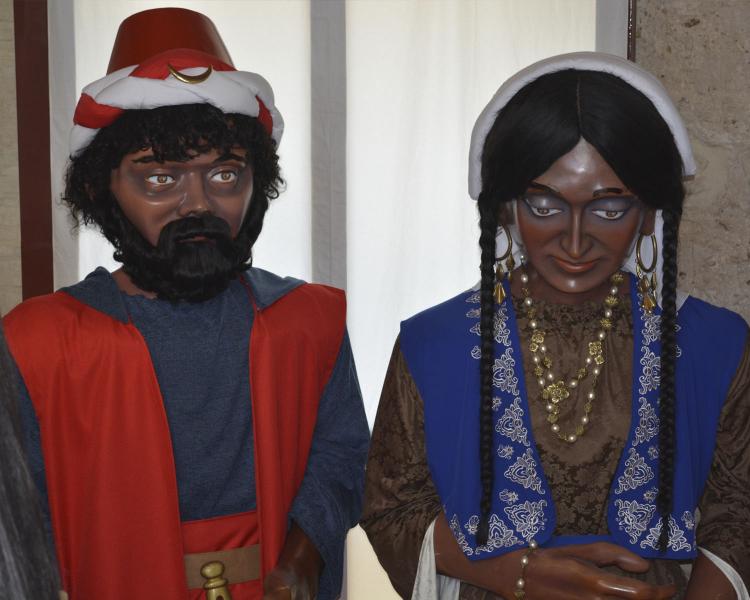 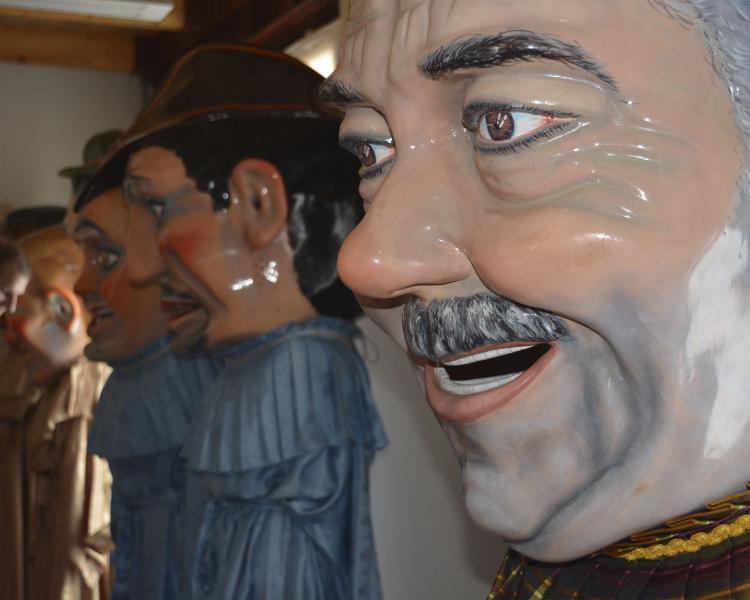