Things You Did Not Know about Malvarrosa Beach in València

Things You Did Not Know about Malvarrosa Beach in València

La Malvarrosa is one of the most important and visited beaches in the Region of Valencia. It is an urban beach, located on the coast of Valéncia, north of the city's port.

It is named Malvarrosa since 1848. At that time, a gardener planted several seeds of a plant called Malva Rosa, reason why the inhabitants of the area began to call the beach that way.

For decades it had a large spa and the middle and upper class of the city frequented the area.

It has not always had a lovely promenade like today. Until the 90s many small houses reached the sand.
Its sand and waters inspired Joaquín Sorolla to paint his most famous paintings. It also inspired the writer Blasco Ibáñez, who had a summer house on the beach, now converted into a House-Museum.
Another artist who let himself be inspired by Malvarrosa beach was Antonio Vega. His famous song "La chica de ayer" was written while walking on the sand, when he was completing his military service in Valéncia.
There are boats in the water, but also on the shore. On its promenade, there is a monument shaped like a Latin sailing boat, whose sail is made of water jets.
Many come to Malvarrosa to fly the catxirule at Easter. Several urban projects of great importance have arisen around the Malvarrosa. Including a large 6-star hotel and even an artificial island off the coast. All these projects have been forgotten.
And you, do you dare to discover the Malvarrosa Beach?
Towns         València
Images 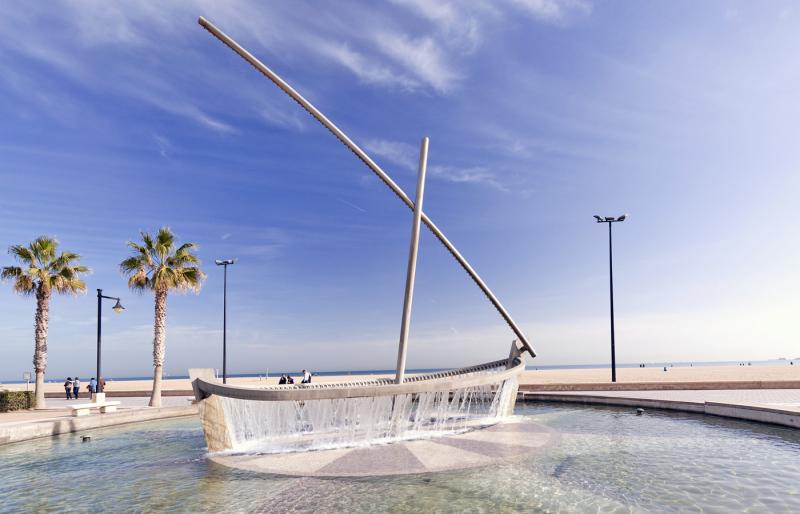 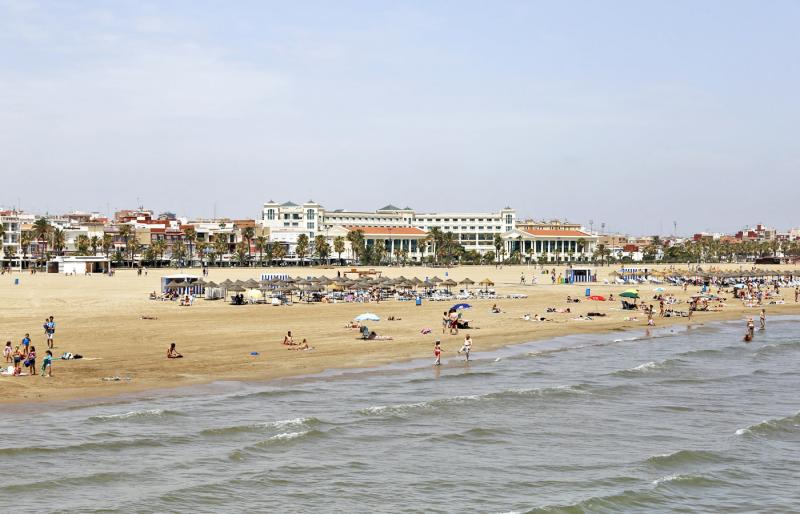