Visit the Palace of the Marqués de Dos Aguas

Visit the Palace of the Marqués de Dos Aguas

The Palace of the Marqués de Dos Aguas is one of the places you cannot miss in a visit to the city of Valéncia. Located in the heart of the city, it draws attention for its ornate façade and mainly, for the sculptures located at its main entrance.

The building of the Palace of the Marqués de Dos Aguas

The original building was built during the 15th century by the family Rabassa de Perellós, who had acquired the barony of Dos Aguas in 1496. This barony was elevated to marquisate in 1699 by king Carlos II, turning the family in marquises of Dos Aguas.

In the year 1740, the family carried out a profound renovation of the building. Many of the architectural elements that we observe today are from this era, as well as some decorative elements of the facade, Rococo style.

The main entrance, decorated with alabaster, draws particular attention. A magnificent work of art formed by the two main rivers in the province of Valéncia: the Júcar and the Turia, represented by two figures shaped as Atlanteans, together with vessels that spill water casting a clear allusion to the noble title. Above the entrance, family shields and an image of the Virgin of the Rosary.

The facade was decorated with frescoes by Hipólito Rovira, but in the middle of the 19th century, they were replaced by grey and pink stuccos, simulating marble.

Subsequently, the palace underwent further renovations but continued to preserve its main elements.

The building was declared a historical-artistic monument in 1941. Later, in 1949, the palace was bought by the State with the purpose of housing the National Museum of Ceramics and Sumptuary Arts González Martí.

Since then, it is possible to access the building and get to know the interior of this magnificent palace located in the centre of the city of Valéncia, as well as to discover a fascinating museum full of pieces of great value. 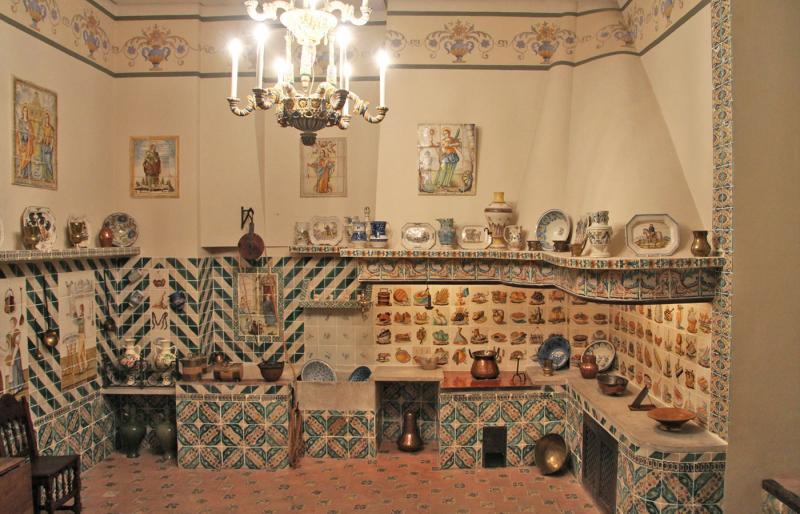 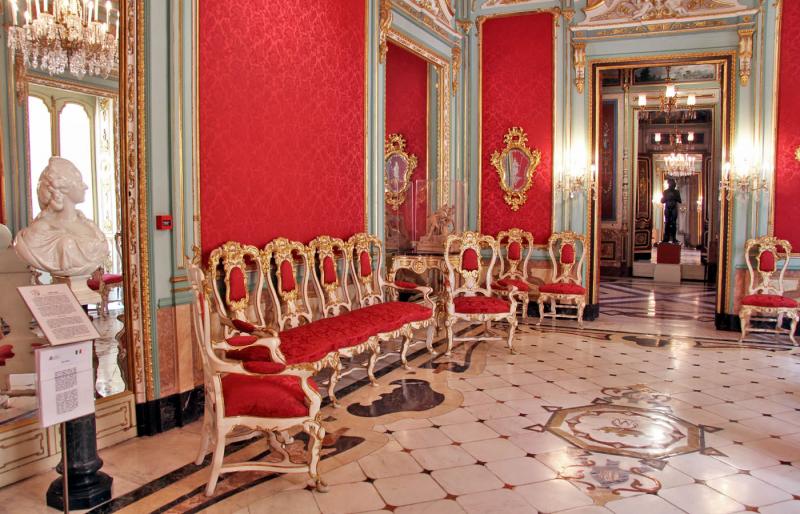