View videos about The Silk Road

The Silk Road was an organized network of trade routes from the business of Chinese silk from the 2nd century BCE, which spread throughout Asia and became entrenched in the 15th century in the Spanish kingdoms and the western Mediterranean. It became for centuries the bridge between two worlds. It was a path throughout which traders, religious men, scientists, diplomats, soldiers and adventurers, carried, in addition to silk, goods such as porcelain, iron or tea, which thus came to the West. But beyond its commercial content, the route represented a way of spreading ideas and knowledge in the field of culture and science.

In Valencia we find numerous vestiges of the importance of silk throughout its history. Silk arrives at this territory through the Arabs who added it to their economy. This tissue was from the 14th to the 18th century the most powerful industry in the city, being at its pick on the second half of the 18th, in which twenty-five thousand people were engaged in the silk industry in the city. Some of these mentioned remains are today important references of the town that are worth knowing and visiting.

Built between 1482 and 1548, the “Lonja de los Mercaderes”, known as the Silk Exchange, is a masterpiece of Mediterranean Gothic civil architecture which was declared a World Heritage Site by UNESCO in 1996. It is located in the Market Square, opposite the Church of “Santos Juanes” and the Central Market in the historic center.

In the city has also survived the “Barrio de Velluters” (Velluters means "artisans of silk"), where the masters of the silk settled, sharing in the same building housing and workshop. In this neighborhood we can find the College of Art Silk, restored thanks to Hortensia Herrero Foundation, which opens its doors during 2016 spring.

This 15th century school was founded as the center of the guild and always enjoyed great prestige, gaining the confidence of kings, nobles and ministers and becoming a guaranty of the uncompromising quality of Valencian silks. The building exhibits fabric and related silk goods, has a shop where you can buy different products of the best silk such as handkerchiefs, bags and fans.

In towns of the Valencia Region today it still lingers the manufacture of silk, made in some cases with 18th  century looms which continue to weave without any mechanization, silk fabrics which in most cases are intended for the preparation of regional costumes. To see these ancient looms, you can visit the old Garín factory in Moncada,which has a collection of over 3,000 pieces that includes 19th century machinery, tools, books, letters, drawings, cartoons or spurs. Visitors can also discover how to work on complex looms such as Jacquard type looms.

Without doubt, the best showcases to admire the Valencian silk fabrics are the festivities of the Valencia Region, for which costumes are made with the best fabrics of silk.

2015 has been the year for  the recognition of the Valencia Region on the Silk Road. On the one hand, Spain has become a member of the Program Silk Road UNWTO (United Nations World Tourism Organization) and also, the city of Valencia has been designated as Focal Point in Spain in the Platform Silk Road of UNESCO. Moreover, the Valencian Parliament declared Valencia as Silk City 2016, with this statement endorsed by the Generalitat Valenciana and the Government of Spain on the grounds that it is a great opportunity for Valencia to regain its prominence among the mythical cities of the Silk Road and  to project internationally its rich historical and artistic heritage. 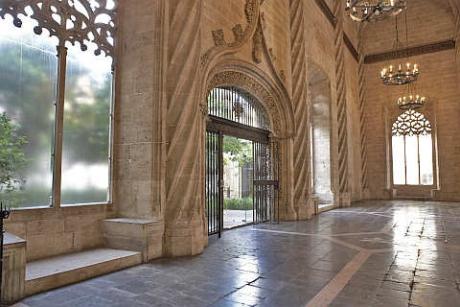 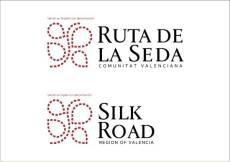