Alcoy carries you to the 13th century with its most traditional festival: the Moors and Christians

Alcoy carries you to the 13th century with its most traditional festival: the Moors and Christians

Alcoy enters the month of May with the Moors and Christians, a well-known celebration publicly declared of International Tourist Interest. The dresses, the decoration, the parades and, above all, the joy, will take you on a trip to another era.

When the Moors and Christians invade the streets of Alcoy, you will feel transported to a historical moment while living one of the most moving festivities in the Region of Valencia. This May, armour, blunderbusses, Moorish cloaks and skirmishes return to make you spend unforgettable moments.

The pasodobles sound and the strings of the "filàs" resound through the streets of Alcoy, and the Trilogía Festera, the name for the most important acts of the festival, has begun. The Christians, ready to defend the city with all their might, march to the sound of clarinets and drums in the centre of Alcoy to show their strength. Knights, banners and special squads parade with groups of dancers in front of the Captain's carriage throughout the morning, until the arrival of the Ensign. In the afternoon, the colour and the oriental atmosphere of the Moors, with their floats, music and dances, will represent the conquest of the city and the end of this Día de las Entradas.

The next day is dedicated to the patron, San Jorge, with the dartboard for kids and several processions where costumes and details will surprise you. With the third day, the moment of the dialectic and bloodless struggle arrives with the thundering arquebus, set in a gunpowder show during which Moors and Christians will take and reconquer the castle. Sant Jordiet child, riding on a white steed, will recreate the miracle of the reconquest to which this festival is due. Do not try to imagine the show, come and see it by yourself! 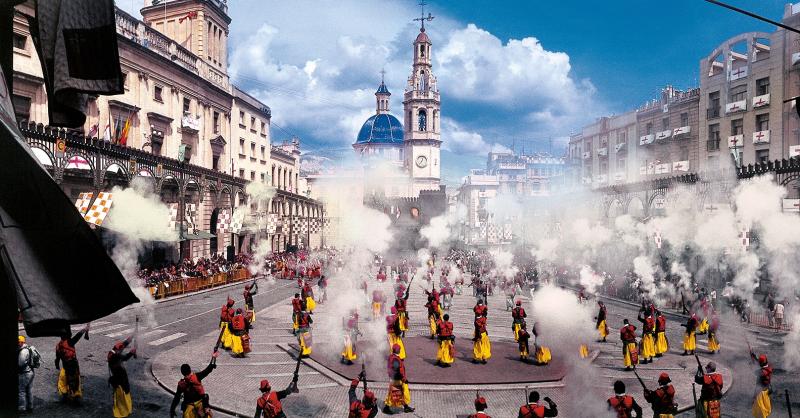 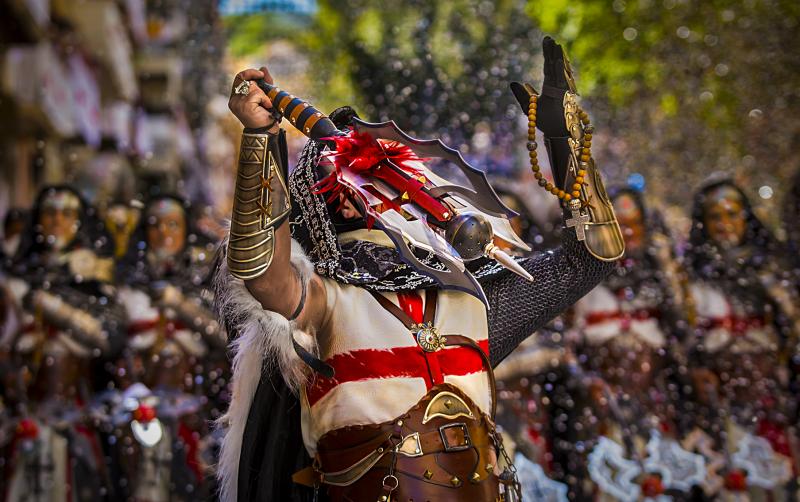