Appointment with the gunpowder: the "Nit de l'Alba" in Fallas

Appointment with the gunpowder: the "Nit de l'Alba" in Fallas

It could not be otherwise! The Fallas of Valencia start with gunpowder and tradition. The Nit d'Alba is the pyrotechnic display event that opens the festive calendar of the week of the festivities of Fallas.

For the third consecutive year, the Department of Culture and Festive Celebrations of the Town Council, based on a proposal from the Commission Na Jordana, restores and replaces the tradition that will turn the sky of the city in a great fireworks display.

On the night of 15th March, at midnight sharp, the cityof Valencia will be a real spectacle of light and gunpowder. Are you going to miss it?

This great celebration consists in simultaneous shots from different points of the city involving 300 commissions of Fallas from their different locations. A joint event in which all the Fallas work side by side to retrieve this wonderful tradition.

The main part will be the shot that will Ricardo Caballer from the Town Hall Square and as usual, it will be after the order of the Fallera Mayor of Valencia. Social networks will give coverage to this great celebration.

Fallas are a unique celebration! From 1st March, gunpowder and music invade Valencia; turning the city into a stage full of art, entertainment and tradition. Every neighbourhood and every street transmit the spirit of this outstanding festivity, the most important and representative that is held every year in honour to San Jose. Its history, character and values have granted it international recognition by UNESCO, which in 2016 declared this feast as part of the Intangible Cultural Heritage of Humanity. We are looking forward to seeing you here! 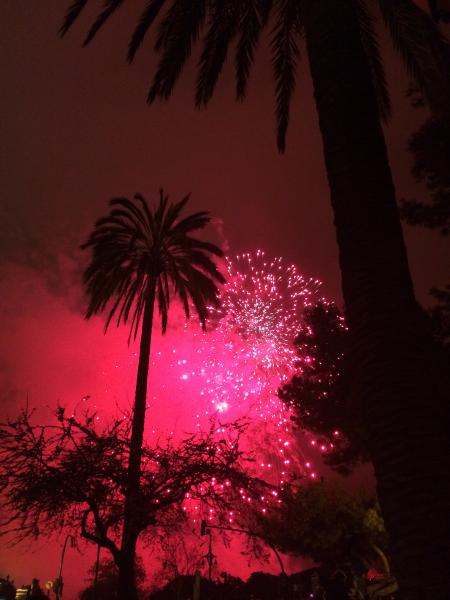