Enjoy the party of Moors and Christians of Elda

Enjoy the party of Moors and Christians of Elda

Experience this historic celebration with even more excitement because the festival of Moors and Christians celebrate its 75th anniversary in 2019. Colour, music, gunpowder and lots of enthusiasm will make you part of this incredible party. Do not miss it!

The “comparsas” (troupes) of Elda are getting ready to celebrate one of the most important and dazzling parties of the city: the Moors and Christians. This year, the meeting will be especially emotional because of its 75th anniversary. Share with the local elders the recreation of the battles fought during the Reconquest. Amid the music, the colour and the impressive staging, you will think you have really travelled in time!

More than 8,000 people participate in this spectacular cultural event. Divided into two sides, that of the Moors and that of the Christians, the epic combats that confronted them at the time of the Reconquest are recreated. The arquebuses will fill the city with gunpowder and show.
Elda’s streets live for five days this colourful party full of elaborate costumes, theatrical performances and a continuous thread of music. The entrance of each of the factions, “la retreta” (jockey parade), the children's parade, “el alarde” (where one side teases the other) “la diana” (opening act)... These are some essential parts of the programme.
In 2019, this international party and remarkable within the Valencian calendar celebrates its 75th anniversary since the restoration of an even older celebration. From its five initial troupes, this legendary exhibition has grown to reach the incredible current representation, in which realism and emotion have made it the cultural and historical heritage of the city.
Elda is a city known for the manufacture of high-quality footwear. Open, welcoming and hospitable, Elda gives you the chance to spend a few days discovering its charms, among which gastronomy stands out. Do not leave without trying the “gachamigas”, the “fasiuras” or “rellenos”, the “gazpachos” or the great variety of rice dishes, so very well known in the province of Alicante.
Photos: Álex Cabello, Cruces, Daniel Codina, Francesc Amorós, José María Cantó, Isabel López Talabera, Paula Sánchez and Vicente Esteban.
Towns         Elda
Images 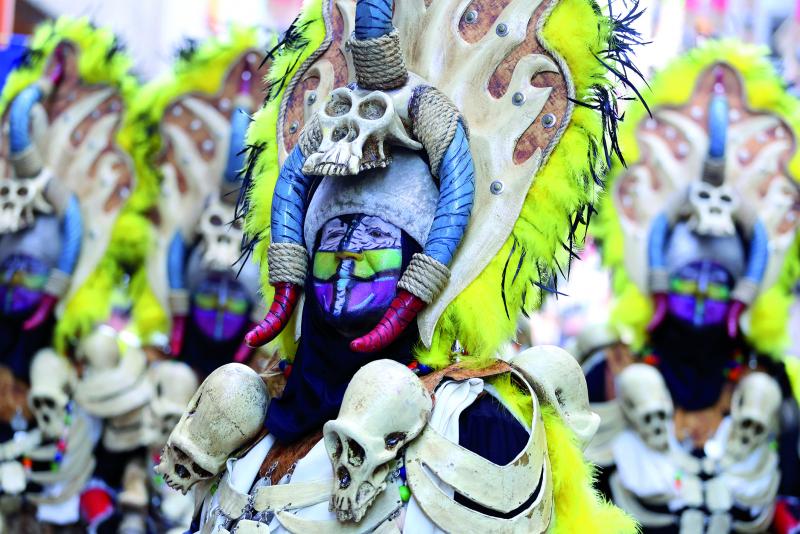 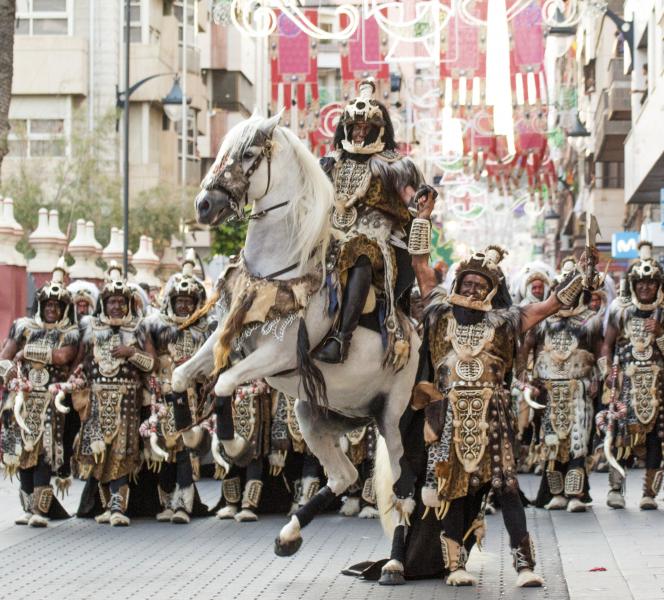 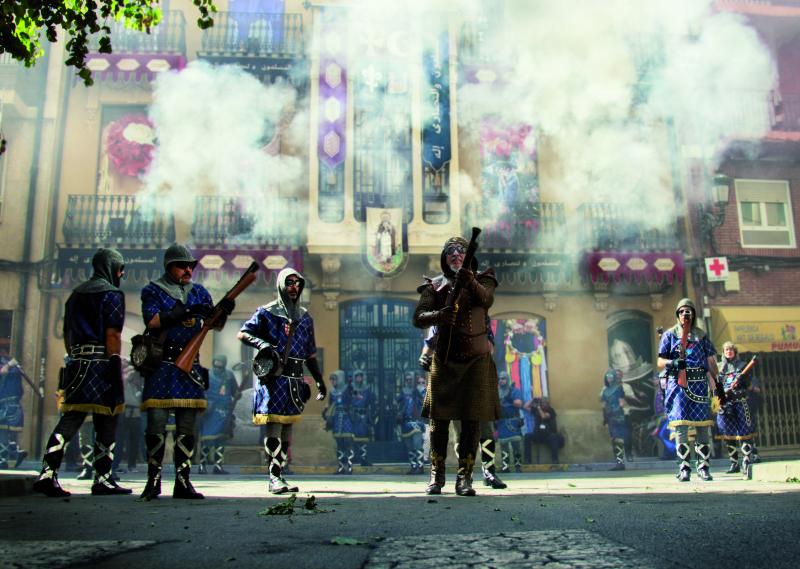 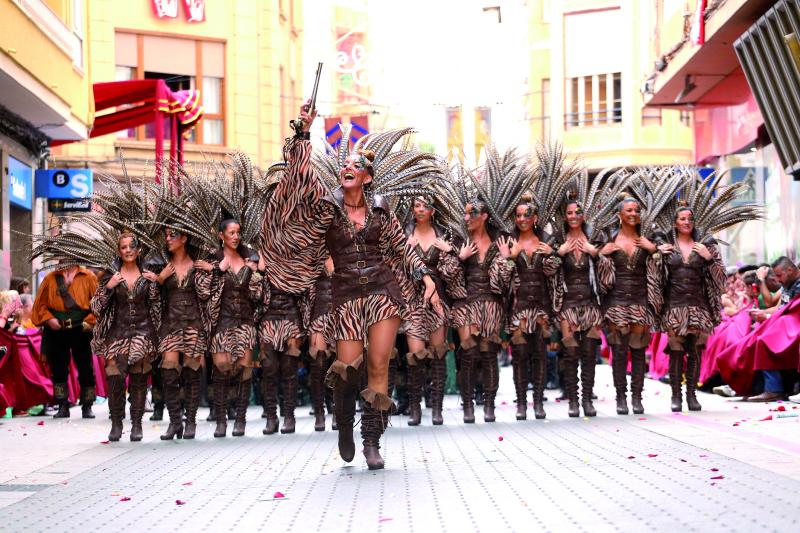 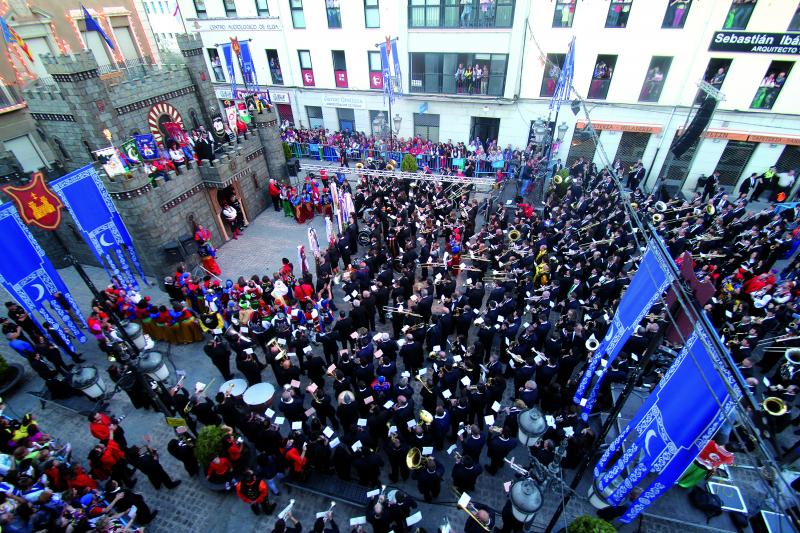 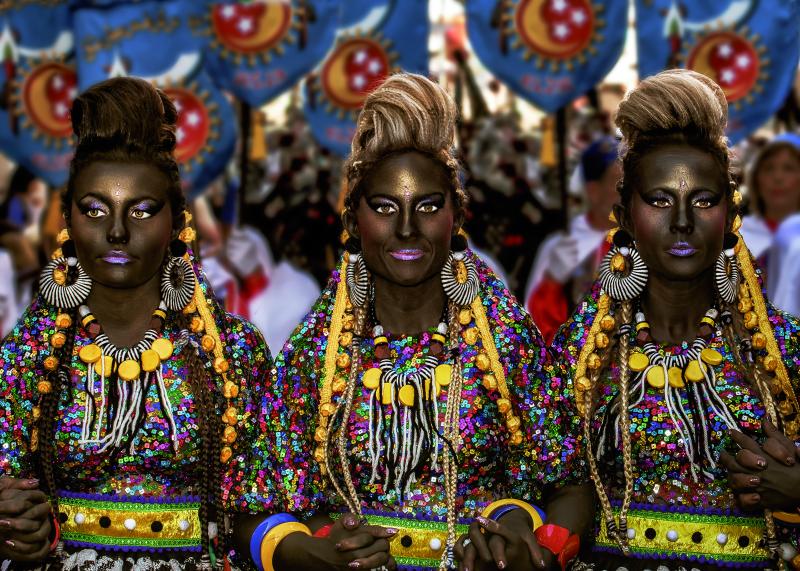 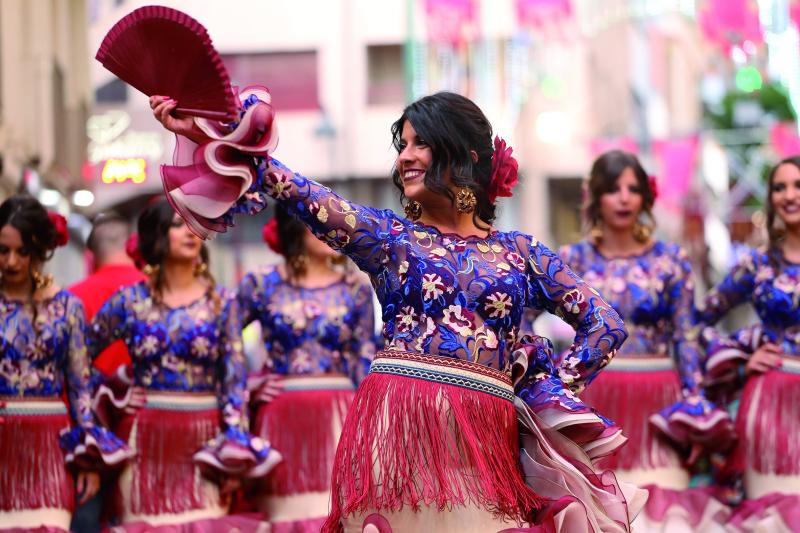 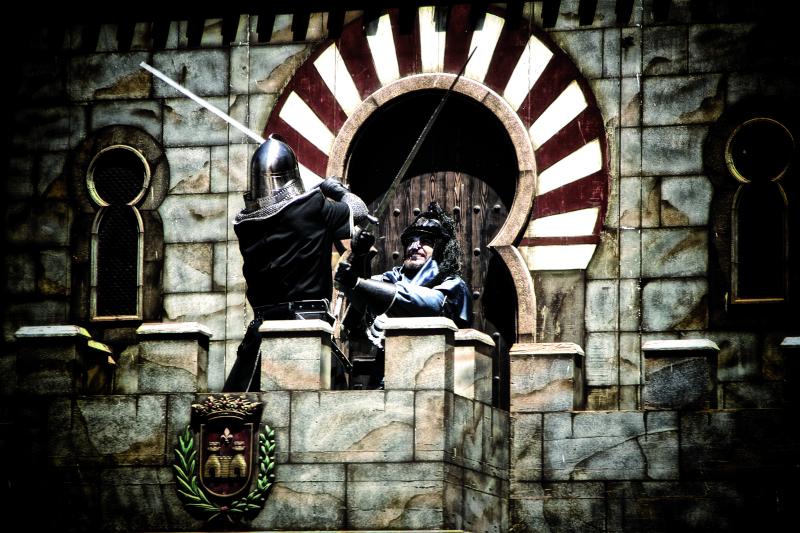 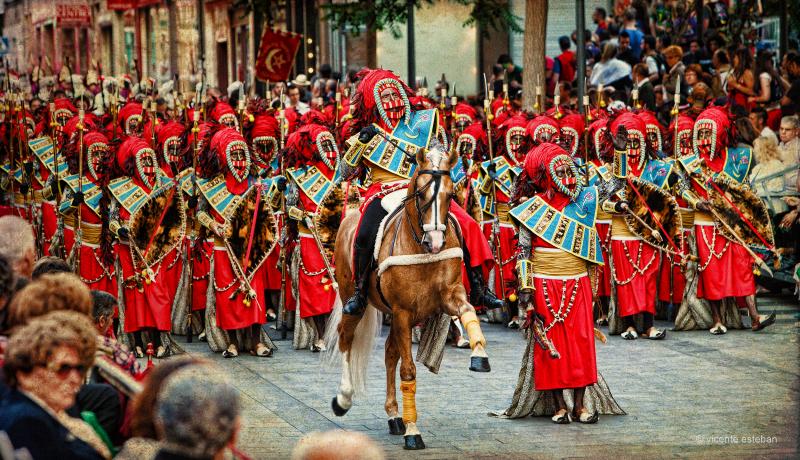