On the occasion of the 500th anniversary of the death of Lucrecia Borgia, the monastery of Sant Jeroni de Cotalba and the Palau dels Borja in Gandia has organised a series of activities. These delve into Borgia's exciting story and the undoubted influence that women had in this powerful family.

The world-wide known Borgia family hides many secrets that you will love. On the occasion of the 500th anniversary of the death of Lucrecia Borgia, the monastery of Sant Jeroni de Cotalba has created an extensive program with various actions to deepen the history of the most predominant European family of the fifteenth and sixteenth centuries. Gandia, Alfauir and València, the three cities where the Borgias left their most significant mark, become the scene of “Lucrecia and María, Duchesses of the Borgia Territory”.

Lucrecia and María will be the guiding thread to reveal or highlight the critical role that women have had throughout history; however, they are only known for the anecdotes that surround them. Join the fun and original excursions that are planned for you through these three cities that formed the Valencian Borgia territory. Here, you will be transferred to the world of power, religion, art and history through dramatised representations to the Ducal Palace and the monastery of Sant Jeroni.


Along with the guided tours and excursions, the essential figures of Lucrecia, Duchess of Ferrara, and María Enríquez, Duchess of Gandia, concerts and lectures will take you to discover their inherent strength, the ambitions they had and their influence within society and the political world of the time. As you find out things ... it will be hard to leave the Borgia Territory! 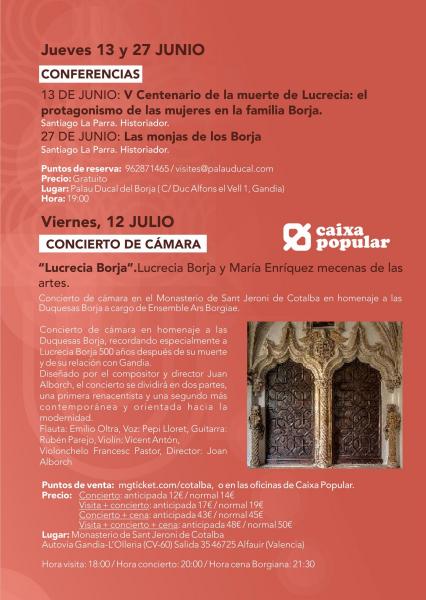 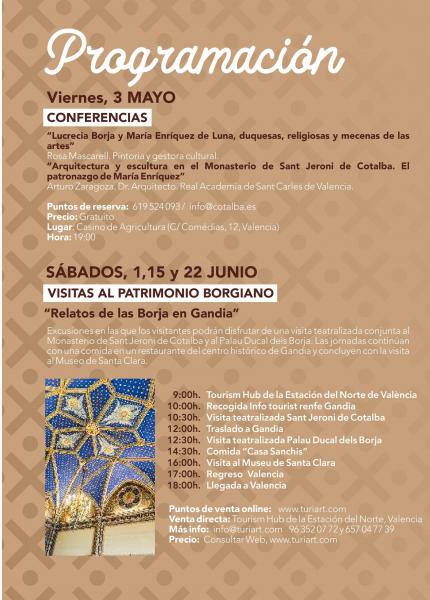 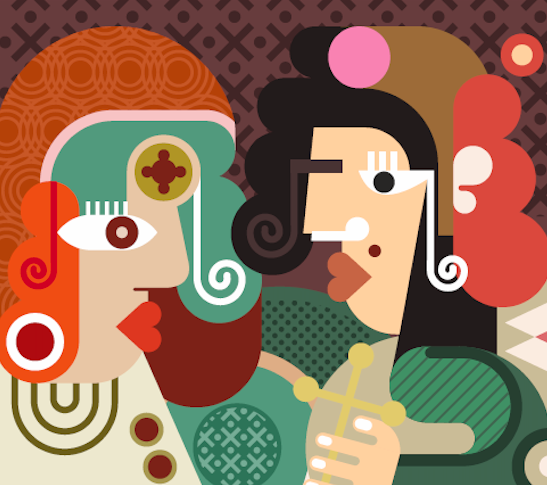 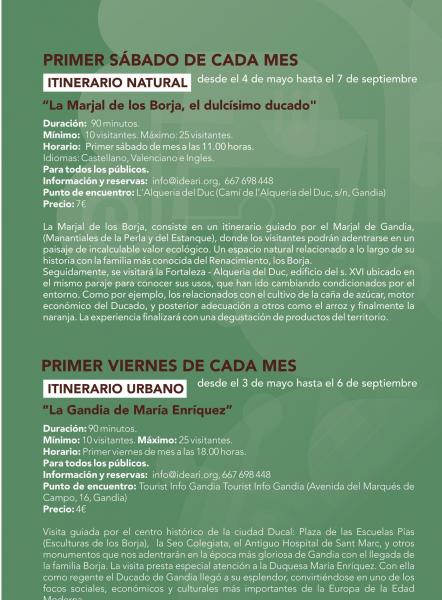