Every January, Forcall celebrates its ancestral festival of La Santantonà. A pagan celebration in honour of Sant Antoni Abad, where fire, life, saints and demons are the main stars.

Forcall, in the Castellón region of Els Ports, celebrates since the 14th century La Santantonà, the medieval festival of purifying fire. Everything begins in the morning after la despertà (the awakening), the Santantonà parade chooses the Maio on which the barraca will rest (the tree for fire) and later the Capolleta gets incorporated.

Other members of the Santantonà go towards the forest, where with the help of tractors they will take down the branches that will dress the Barraca in the afternoon. Formerly, the masoveros contribute with two loads of firewood. Everything will be finished for the "Plantà" del Maio at one o'clock (the twelve solar hour)

At dusk, the parade of the Santantonà goes through the main streets of Forcall. When they arrive at the main square the Barraca is burnt; this task is carried out by the cremaller of honour with the intervention of cremallers and the intervention of the despullat, the filoseta and the botargues, demons in charge of dragging the saints to the bonfire.

The botargues run and dance around the bonfire with San Antonio inside, suddenly, when the dulzaina sounds, the demons are defeated by the power of good and Sant Antoni wins. A whole explosion of saints, demons and fire, where people can participate crossing la barraca while it burns.

Then, the Processo dels Matxos has place, a cavalcade that runs through the streets of the town and passes through the church to bless the different animals and picks up the coquette of mitja lliura, a delicious typical pastry from Forcall.

Another essential event this month is the Cuentantón in Chelva, the Oral Narrative Festival that is celebrated at about the time of San Antón, from January 17 to 19, where everyone gathers around the fire to tell stories. 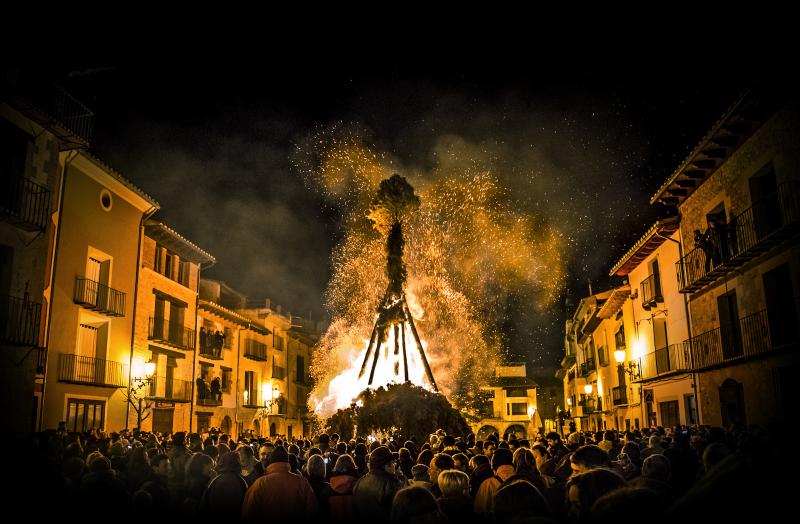 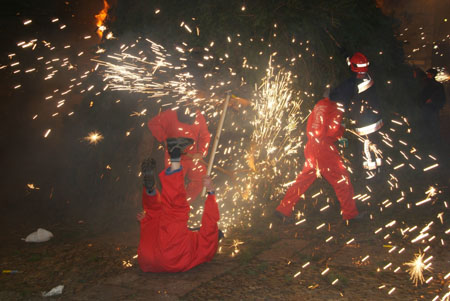