The Region of Valencia, world epicentre of the performing arts with the Tercera Setmana Festival

The Region of Valencia, world epicentre of the performing arts with the Tercera Setmana Festival

The Region of Valencia, world epicentre of the performing arts with the Tercera Setmana Festival. The most appreciated shows of the national and international scene meet at the Festival of Performing Arts Tercera Setmana. You have an appointment in Castellón, València and Alicante during June with the best theatre companies, music groups, circus and dozens of incredible shows that will dazzle you.

The International Festival of Performing Arts Tercera Setmana is happening at the same time in the cities of València, Alicante and Castellón offering urban theatre, dance, circus and many other dramatic proposals. A cultural event that you can not miss!

Under the slogan Express yourself! (¡Exprésate!), the fourth edition of the Festival is designed to claim freedom of expression, with dozens of artistic proposals in local theatres and auditoriums.  Besides, the streets will transform into the stage for a significant part of the program, and free of charge!

In addition to thirty music bands, companies and a variety of traditional and alternative international artists, you can enjoy two workshops on the social scene. The company Animansur will perform the show Buenas Noches Europa in El Grao neighbourhood. Very close, in Nazaret, the choreographer and dancer Mey-Ling Bisogno will prepare with volunteers the work Peepbox 350°. Soldados de Franela.


The Tercera Setmana Festival is designed to become the international centre of the performing arts involving the public with the sensations that arise from each performance. If you like to experience emotions, this is your event! 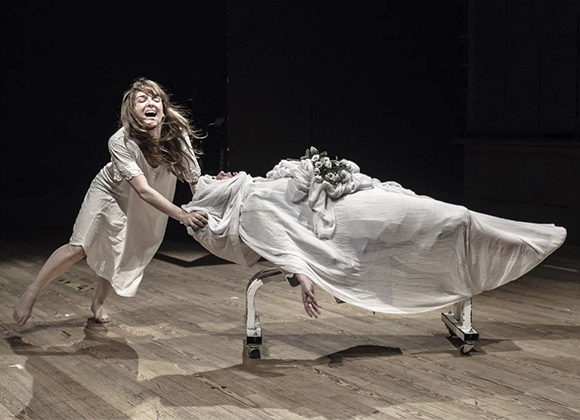