Take part in one of the most original events out there amid crowds of people who are there for the same reason as you - to throw tomatoes!

Fiesta de la Tomatina in Buñol is an internationally renowned event that attracts thousands of people from all over the world to this pretty town in inland province of Valencia to throw tomatoes at each other in a food fight like no other.

Listed an Event of International Tourist Interest two decades ago, La Tomatina de Buñol came about by chance. On the last Wednesday of August in 1945, some locals decided to liven up the gigantes and cabezudos parade that was taking place by throwing tomatoes. At the time, they were unaware that they were making history. Ever since, the event has taken place summer after summer, overcoming obstacles and resistance, to become bigger and better.

In the 1980s, La Tomatina de Buñol started to take off in a big way, transforming into the huge event that it is today. Visitors from all over the world travel to Buñol on the final Wednesday of August to throw tomatoes at each other. People from Japan, Australia, Korea, Canada and across Europe descend on the small town with one aim: to take part in this one-of-a-kind event.

La Tomatina is a food fight, but it’s a well organised food fight. The event starts at midday sharp on the last Wednesday of August, though organisers recommend arriving at least two hours early to show your ticket, get your wristband and access the designated tomato-fight area.

On the hour, trucks filled with tomatoes head into the battle zone to arm participants with their ammunition, tomatoes, which you must squash before throwing. The streets of central Buñol become a river of tomato juice. Make sure you bring along goggles to protect your eyes from the tomato juice. So how about it? Come to this pretty town in inland Valencia, wander the picturesque streets, explore the magnificent castle and take a dip in the waterfall at Cueva del Turche. And if you time it right, you can also take part in an unmissable event. Get your ticket now for La Tomatina de Buñol. 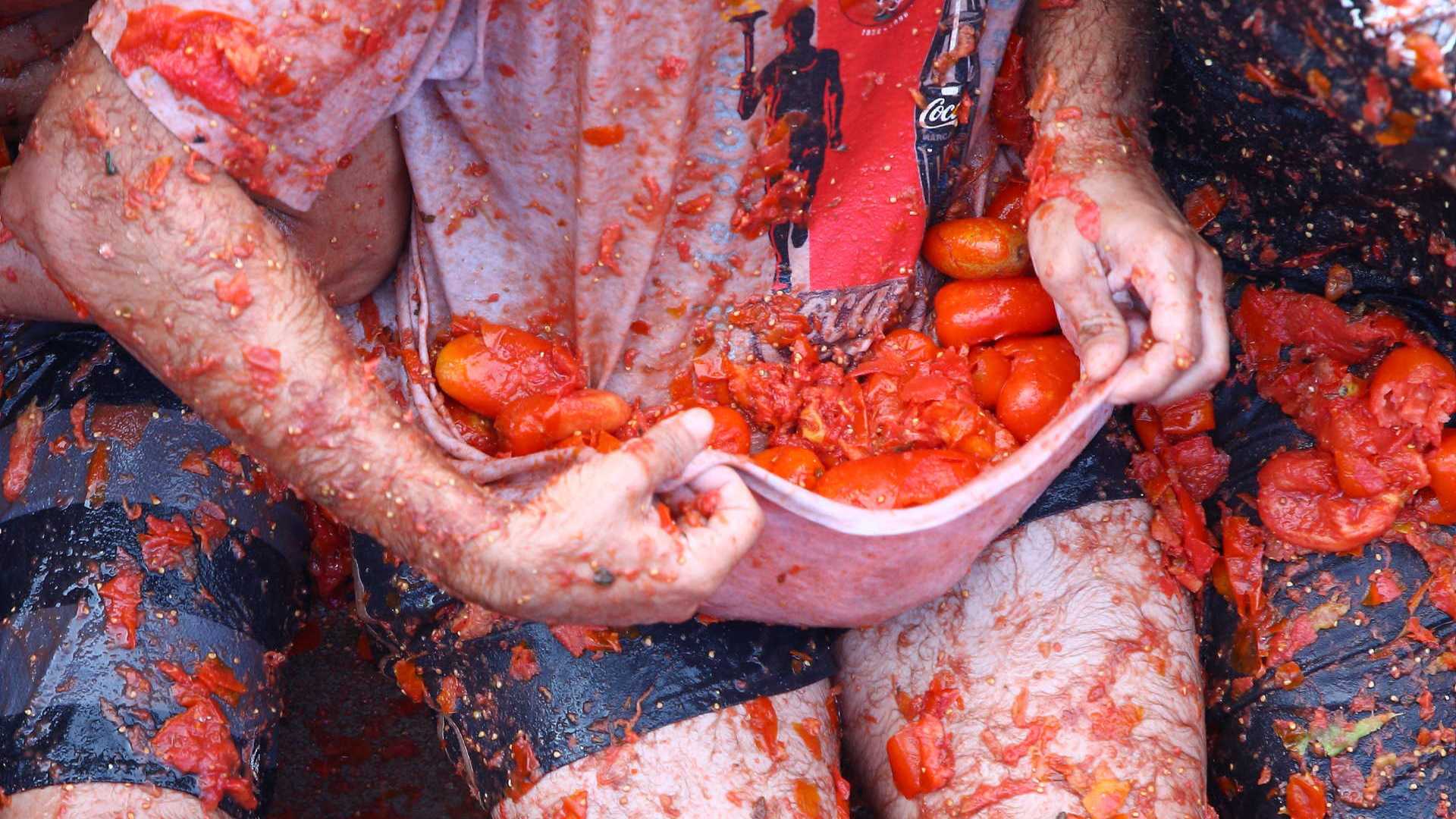 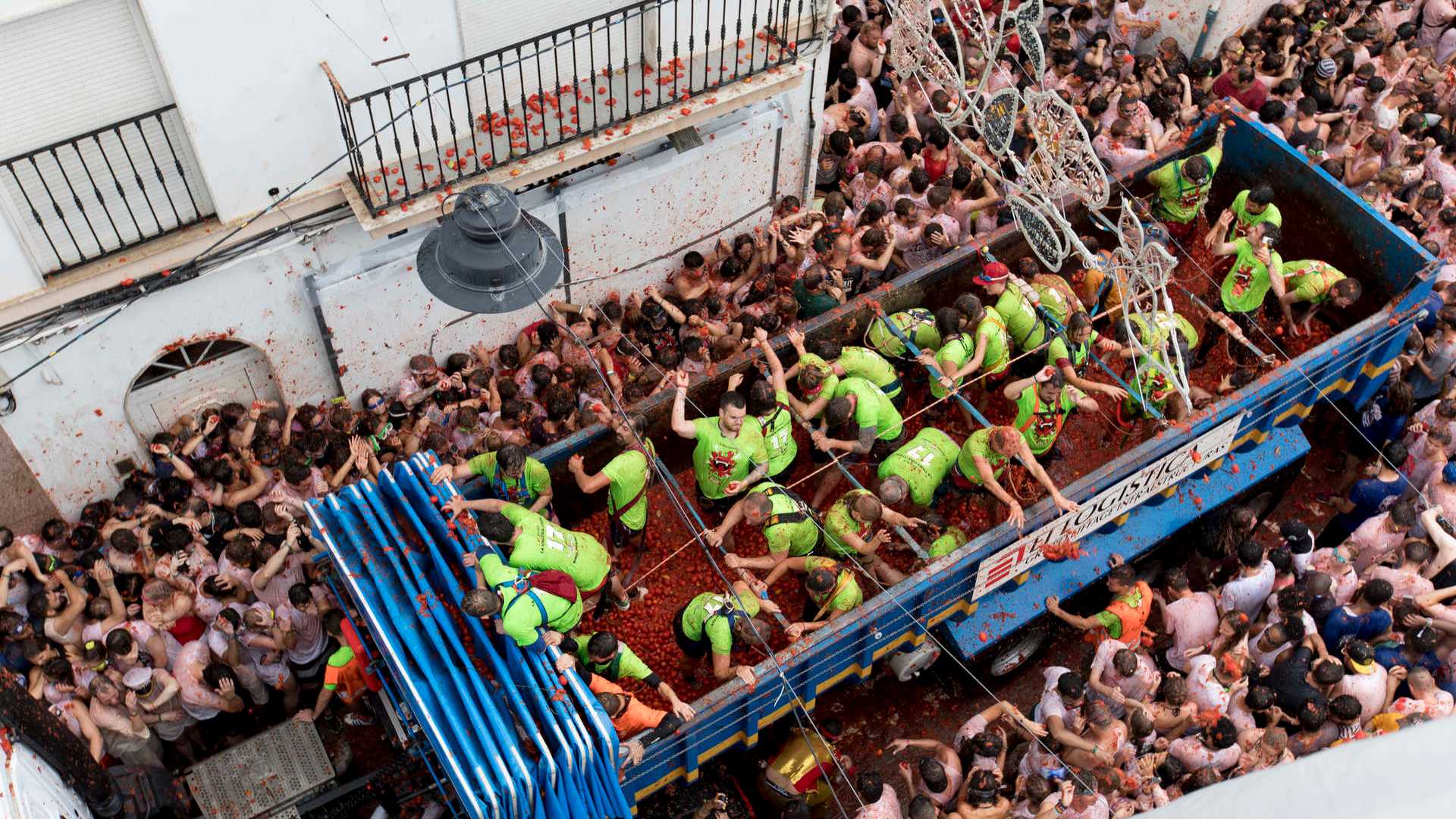 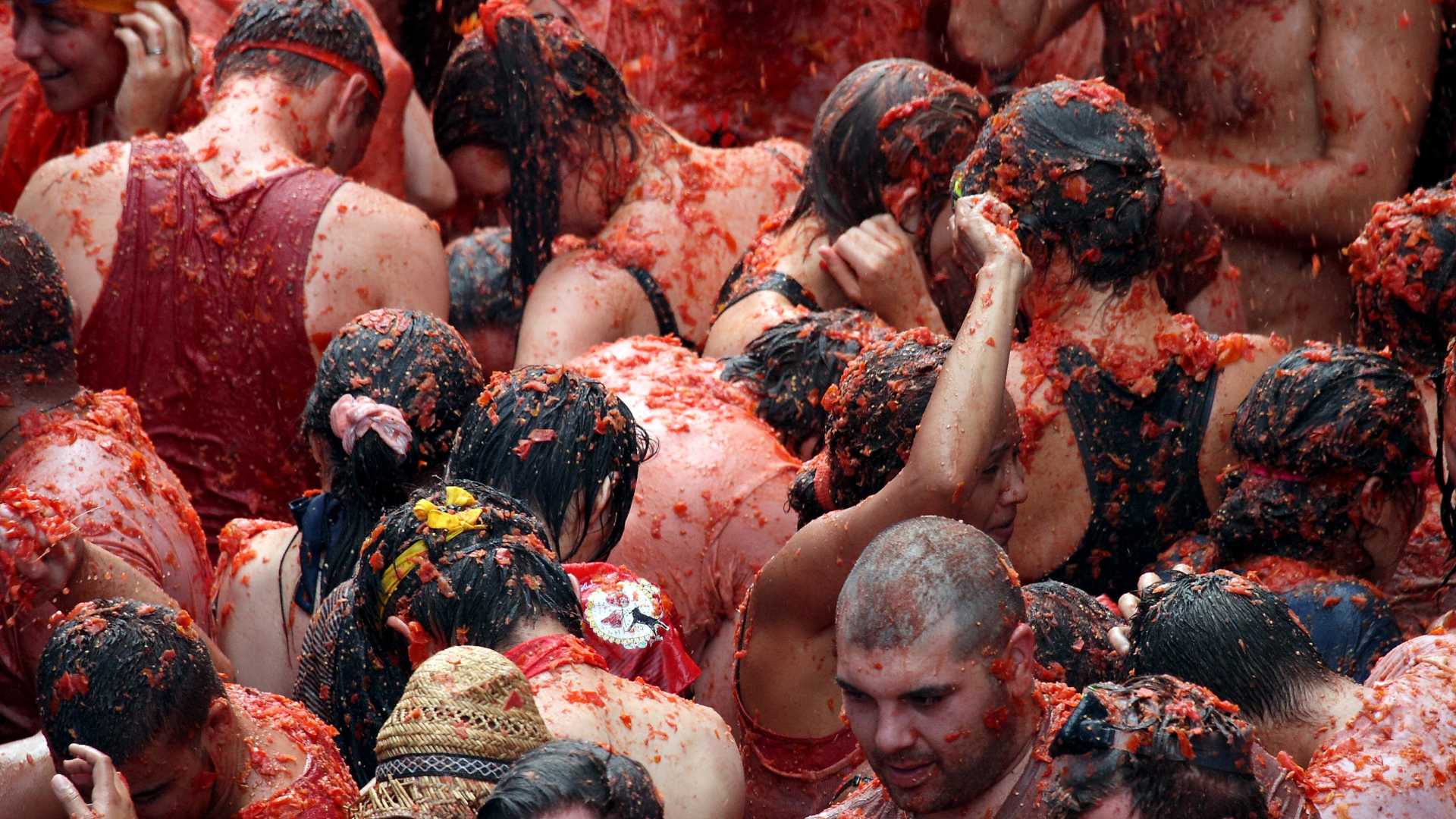