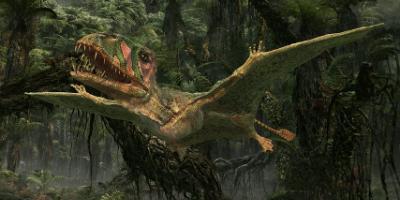 The pterosaurs, with dimensions that range from the size of a sparrow to that of an aeroplane, ruled the skies in the Jurassic and Cretaceous eras, and include the largest known vertebrate with the ability to fly: the Quetzalcoatlus. The appearance of flight in this order of animals is separate from the evolution of bats and birds. The pterosaurs are not dinosaurs, although they coexisted with them for dozens of millions of years. Nor are they birds, hypothetically having appeared some 75 million years before, and with the ancestors of both being very different.
# Availability
All year