Share
Share on Facebook Share on Twitter Share on Whatsapp Share by email Share by email
Create PDF Print
The 12th edition of the Volvo Ocean Race began in Alicante on 4 October, 2014, with the first inshore race. From 2 to 11 October, Alicante became the world capital of sailing, with the Zona Volvo in the Puerto de Alicante as the setting for an intense program of activities for all audiences.

Alicante has been the exit harbour of editions 10th, 11th and 12th of the race and, since 2010 it hosts the headquarters of the organization. In June 2012, the Volvo Ocean Race Museum, the only museum in the world dedicated to this prestigious regatta with 40 years of history and one of the busiest museums of the city, was inaugurated in the capital of the province.

From Alicante to the Swedish city of Gothenburg, where on 27 June, 2015 ended the 2014-15th edition with the last in-shore race, the fleet travelled a total distance of 38,739 nautical miles (equivalent to 71,745 km), and visited ten cities in five continents.

The 12th edition of the race began on 4 October, 2014 in Alicante, headquarters of the organization and of the Volvo Ocean Race Museum, with the In-port race and the boats left for Cape Town on 11 October. The race around the world ended on 27 June, 2015 in Gothenburg, where the Volvo Company has its headquarters.

Over 40 years, the Volvo Ocean Race has been the ultimate sailing challenge and offered during this time a level of matchless human emotion and drama. The race started to be played in 1973 as the Whitbread Round the World Race and in 1998 it was acquired by Volvo. From 2001-02, it was called the Volvo Ocean Race. 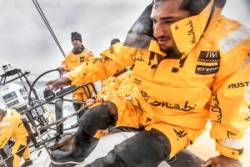 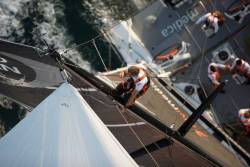