Five Charming Towns in the Province of València

Five Charming Towns in the Province of València

The Region of València is well known for the sun and the beach but has many places of interest for the visitor. The inland areas of its three provinces are full of charming villages that are worth visiting, with historic buildings, churches, and castles surrounded by magnificent natural landscapes. Also, many coastal towns have a unique attraction, beyond the typical summer areas.

Here you are some charming villages in the province of València, where we can enjoy a few days of relaxation, learning their history and beautiful places, and tasting rich Mediterranean cuisine.

The capital of the region of La Costera has historically been a city where great battles have been disputed, often recovered from fires and looting.

Its main attraction is the Castillo de Xàtiva, one of the strongest in the province. Also, its wall and watchtowers dominate the entire city.

It has a great religious heritage composed of various churches, hermitages, and convents, among which the Collegiate Church of Santa María, also called Seu or Colegiata, stands out. And scattered throughout its historic centre, we also find the Almudín, several palaces and various fountains.

Bocairent, in the Vall d'Albaida region, is another charming town in València. Among its main attractions include the Covetes dels Moros. A series of artificial caves carved into a rock wall almost a thousand years ago which can be visited.

In addition to its historic centre, which is worth strolling around, in its surroundings we can find fascinating places such as the Toll Blau, the Pou Clar, the Cava de Sant Blai, and the Natural Park of the Sierra de Mariola.

Chulilla is a typical town in the inland of the Region of Valencia. Located in the region of Los Serranos, it extends on the slope of a mountain crowned by an old Arab castle, with towers and walls.

Its streets preserve the flavour of the towns of yesteryear, with their stone houses and churches. And in its surroundings, spectacular natural places such as the Charco Azul, the Calderones, and the route of the hanging pidges in the Turia Canyon.

Without leaving the region of Los Serranos, and very close to Chulilla, is Chelva, another charming town in the province of València.

It is a mountain town that has been inhabited by different cultures over the centuries and in whose streets you can see the remains of each of them; especially when we walk through the alleys of the old Arab quarter of Benacacira. Nearby, we have the fantastic water route, the aqueduct of the Peña Cortada, and the Sanctuary of the Virgen del Remedio.

Finally, Buñol, better known for its cement industry than for its tourist attractions, which are not few. Within its urban core stands out its castle, of Christian origin on remains of an earlier Islamic town. It also has various churches and historical buildings, as well as the remains of cultures that inhabited the village.

In the surroundings, we can visit the route of the mills, the Turche Cave, and the beautiful Charco Azul.

If you visit Buñol at the end of August, get ready to enjoy La Tomatina, one of the best-known festivals in the Region of València. 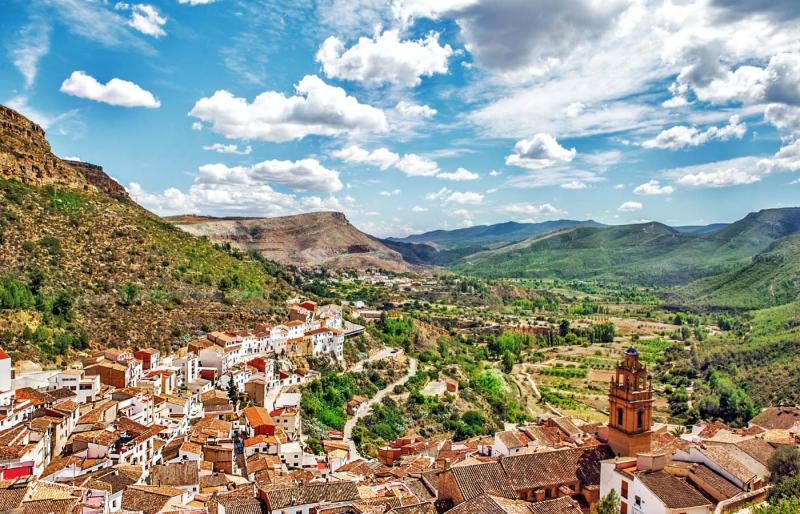 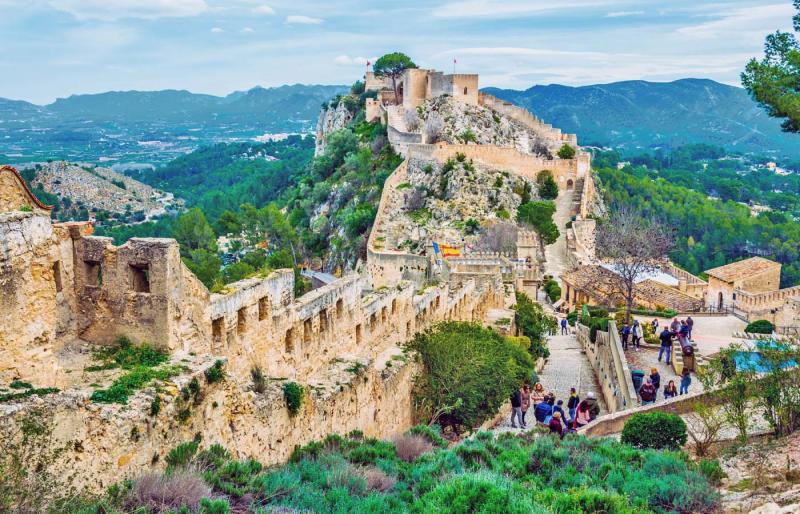