Arroz con costra (literally meaning ‘rice with a crust’) is a traditional dish from the south of the province of Alicante, though it is also prepared in a number of towns and villages in the north of the province.

The recipe contains rabbit and/or chicken, as well as local sausages – such as longaniza blanca and longaniza roja, butifarrón and blanco – which are cooked together with the rice in a clay dish. What makes this dish unique, however, is the beaten egg that is added on top when the rice is almost ready. When cooked, this forms a soft layer that is known as the costra or crust. Traditionally, a costrera is used to cook the egg. This metal implement sits on top of the dish and is filled with embers from the fire, preparing the costra so it doesn’t need to go in the oven.

Heat the oil in a paella dish or pan and fry the longaniza blanca and longaniza roja which have been cut up into 3cm pieces. Remove from the pan and place to one side. Fry the blanco and then the butifarrón (separately, as they have different cooking times) and place with the longaniza. Salt the meat and fry until golden brown. Place in a clay dish. Fry the tomatoes and chickpeas (optional) in the pan using the same oil. Add the mix to the clay dish with the meat and place over the heat. Add the water and bring to the boil. Check the salt, add the saffron and rice, distributing it evenly across the dish. Next, add the sausages which you have set aside. Cook until the rice is ready, gradually reducing the heat. When the rice is cooked, add the beaten egg on top. Finish cooking in the oven or place the costrera on top. Leave to rest for a few minutes before serving.
Images 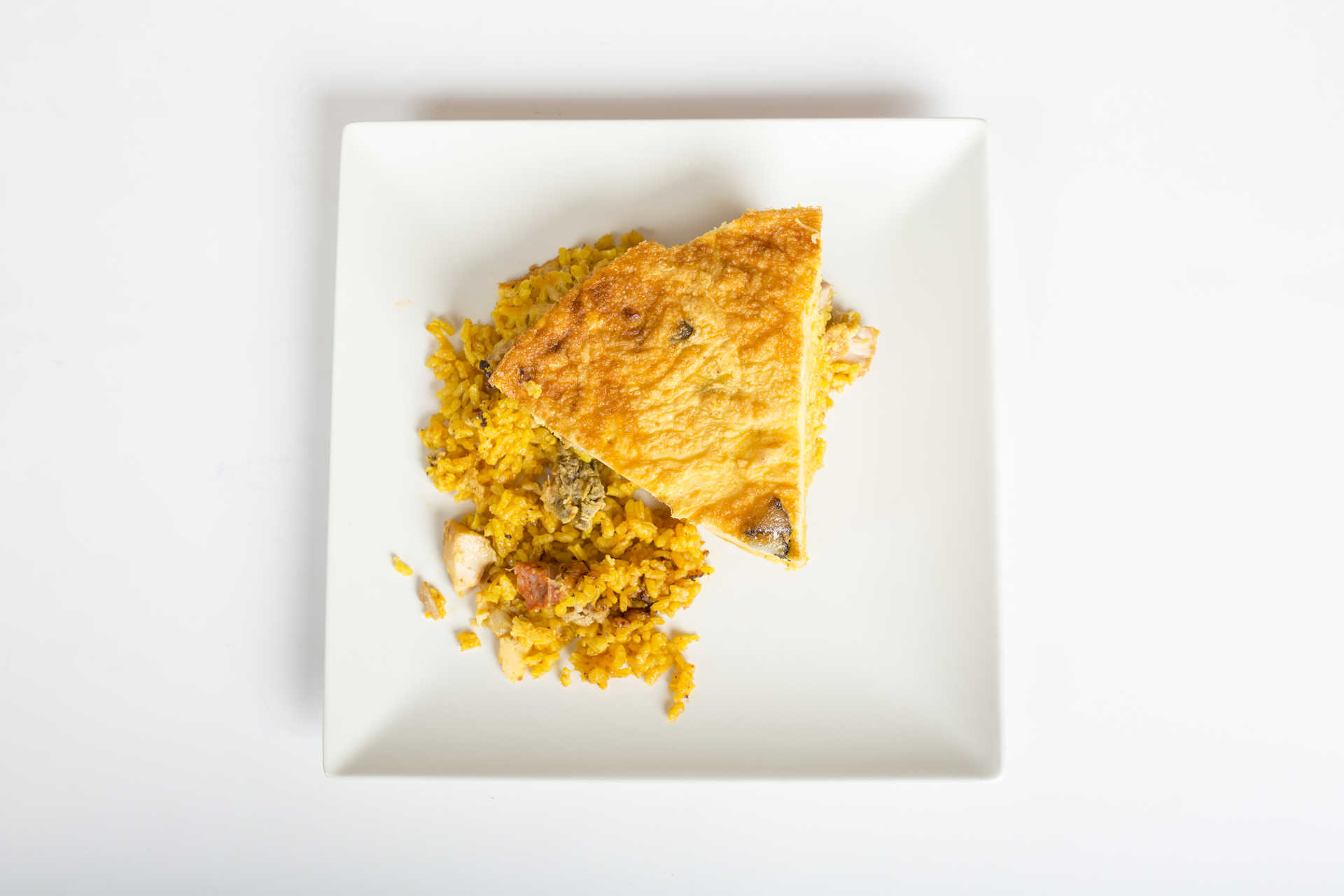 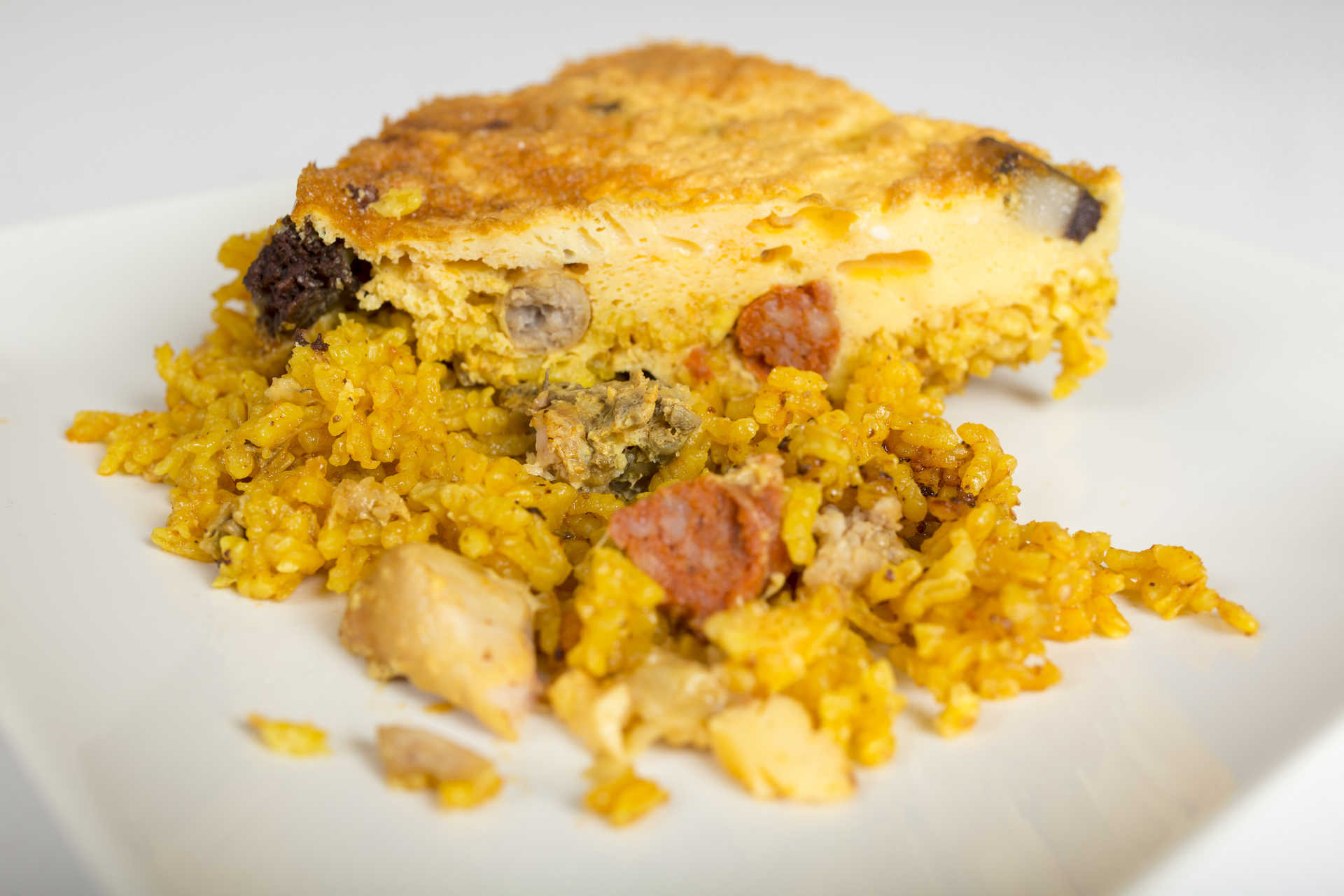 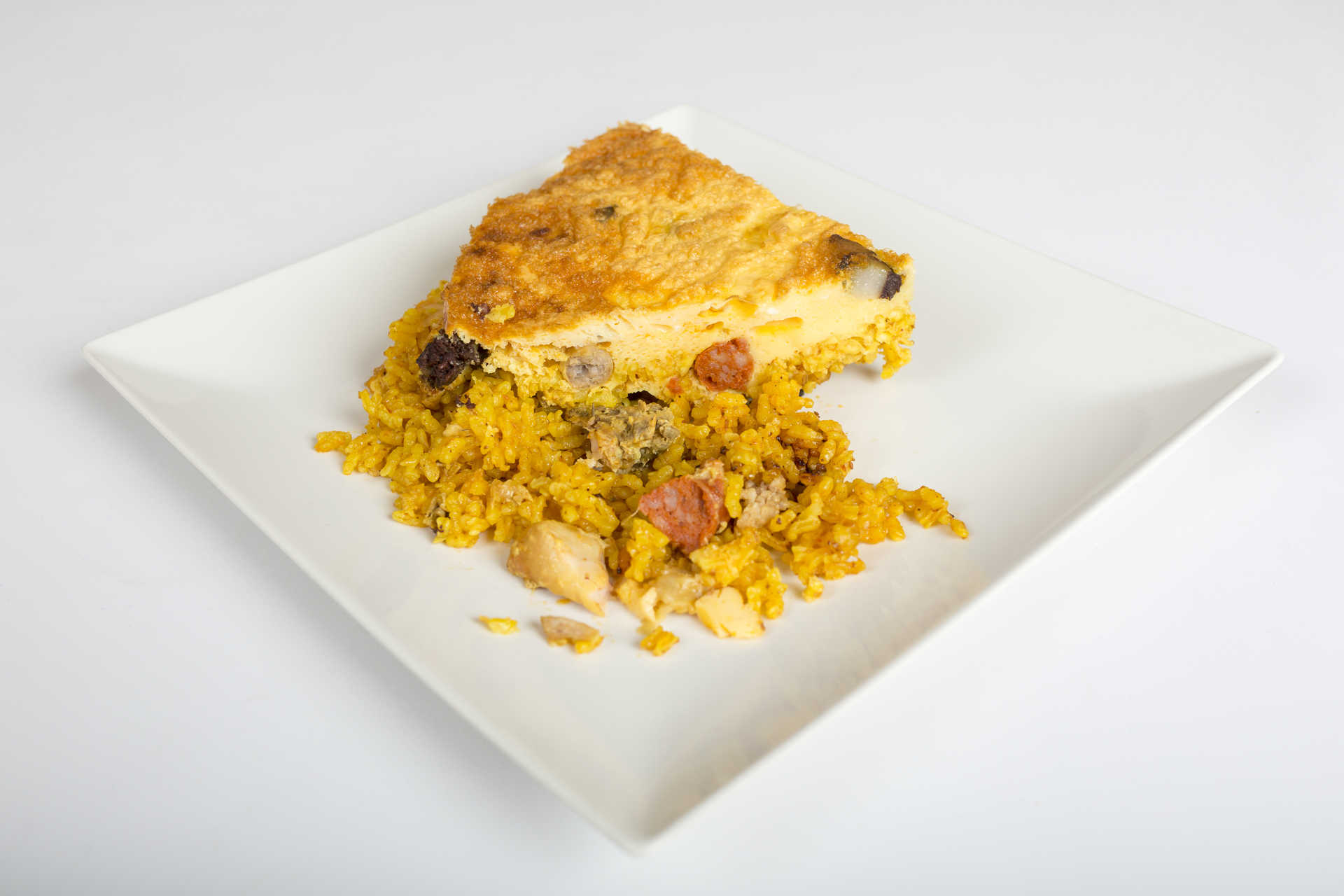 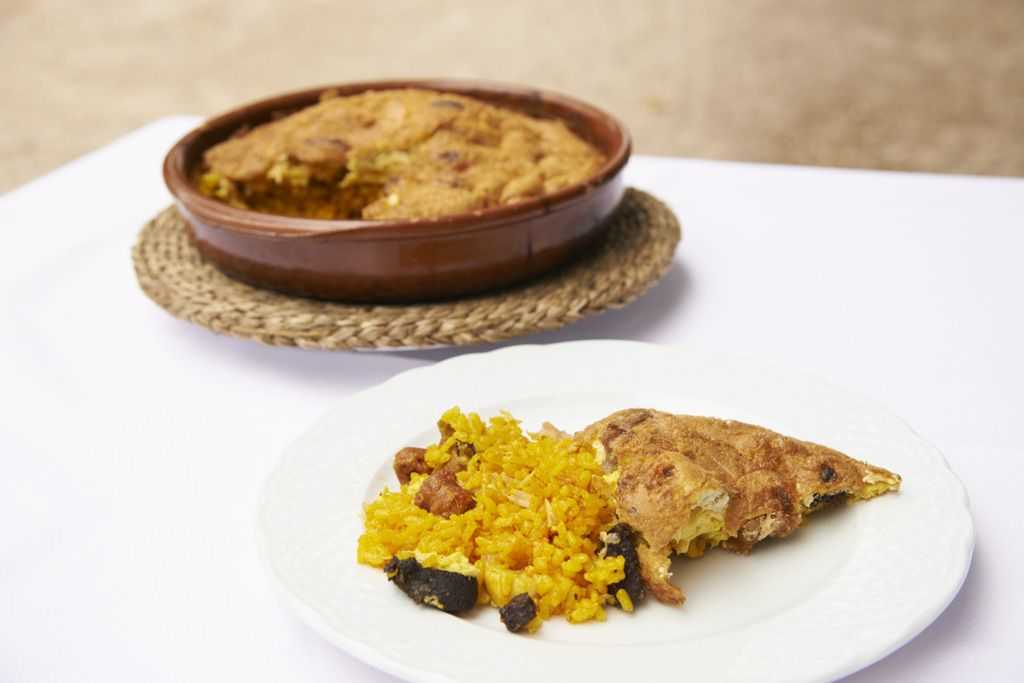