The small town of Benasau hides a real architectural jewel that's the epicentre of the town. Discover its history and put it on your list of heritage sites to visit.

The Church of San Pedro Apostle of Benasau is the heart of the town and thanks to this landmark building, it’s impossible to get lost. In this small village in El Comtat, Alicante, you can still see the remains of the palace of the Barons of Finestrat to whose lordship Finestrat belonged.

It was an Arab town before that until the Moors were expelled in 1609. Remains of these settlers can be visited in an enclave called Ares del Bosque, very close to the town. Your visit to the church can be extended with more buildings steeped in history.

The Church of San Pedro Apostle dates from the 18th century, specifically from 1789, and although on the outside it appears to be a church without great ornamental displays, it is captivating precisely because of its robust and simple appearance. However, it contains more than one surprise inside.

Polychromy is the general rule in the interior of the Church of San Pedro Apostle, which also has stuccoes and frescoes decorating the vault and the pendentives. It combines Tuscan and composite capitals in its Latin cross plan, and, like many other churches of the period, it contains two sections of chapels on the sides of the central nave.

If you look up, you will be surprised by its barrel vault and gilding and you will understand why the inhabitants of Benasau value this church so much. If you have not yet discovered the charms of the region of El Comtat, Benasau should be on your list of places to visit. Are you up for it? 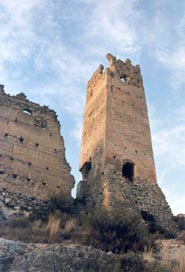 FESTIVITIES IN HONOUR OF THE SAINTS ABDÓN AND SENÉN
Festivals