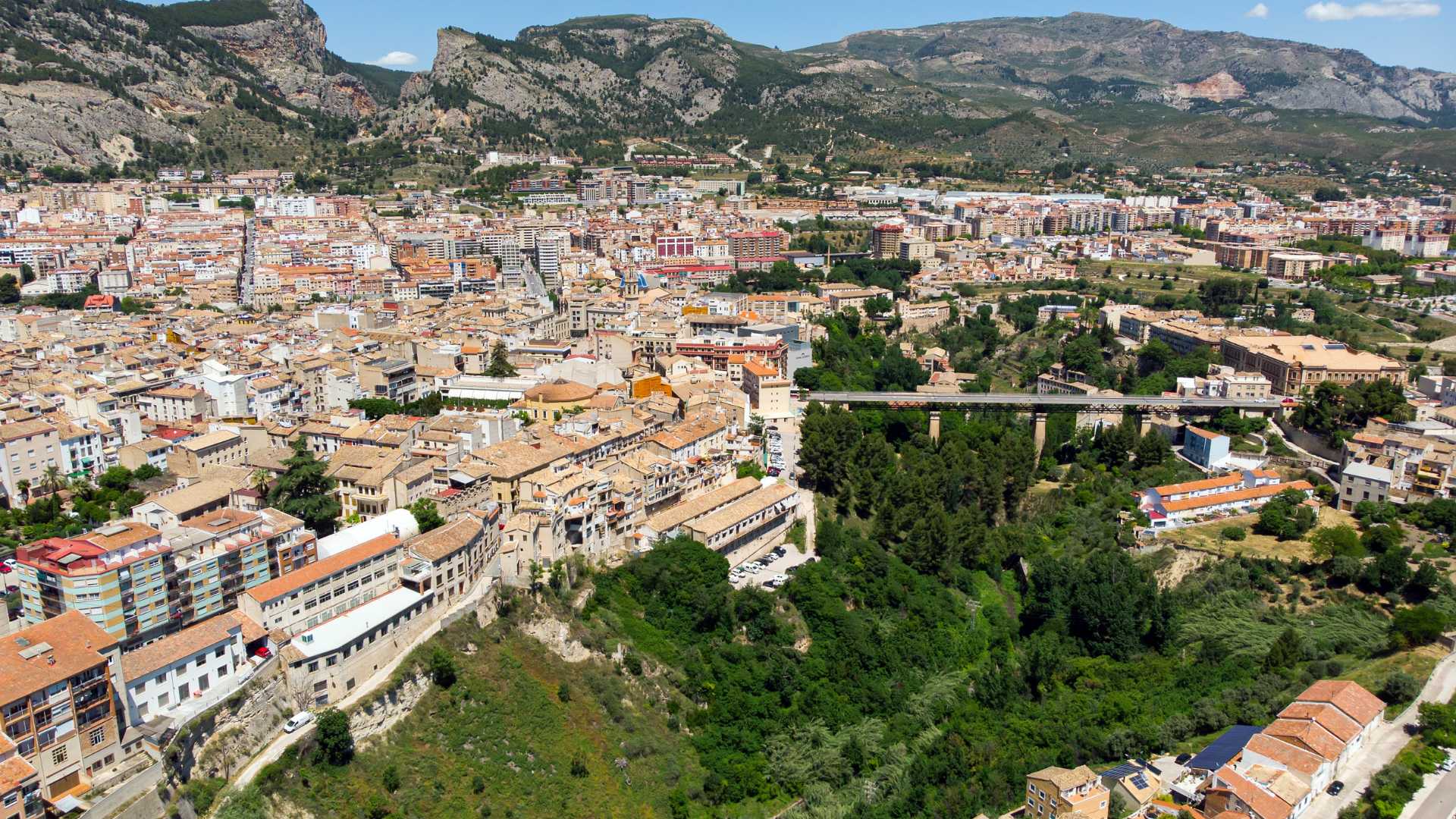 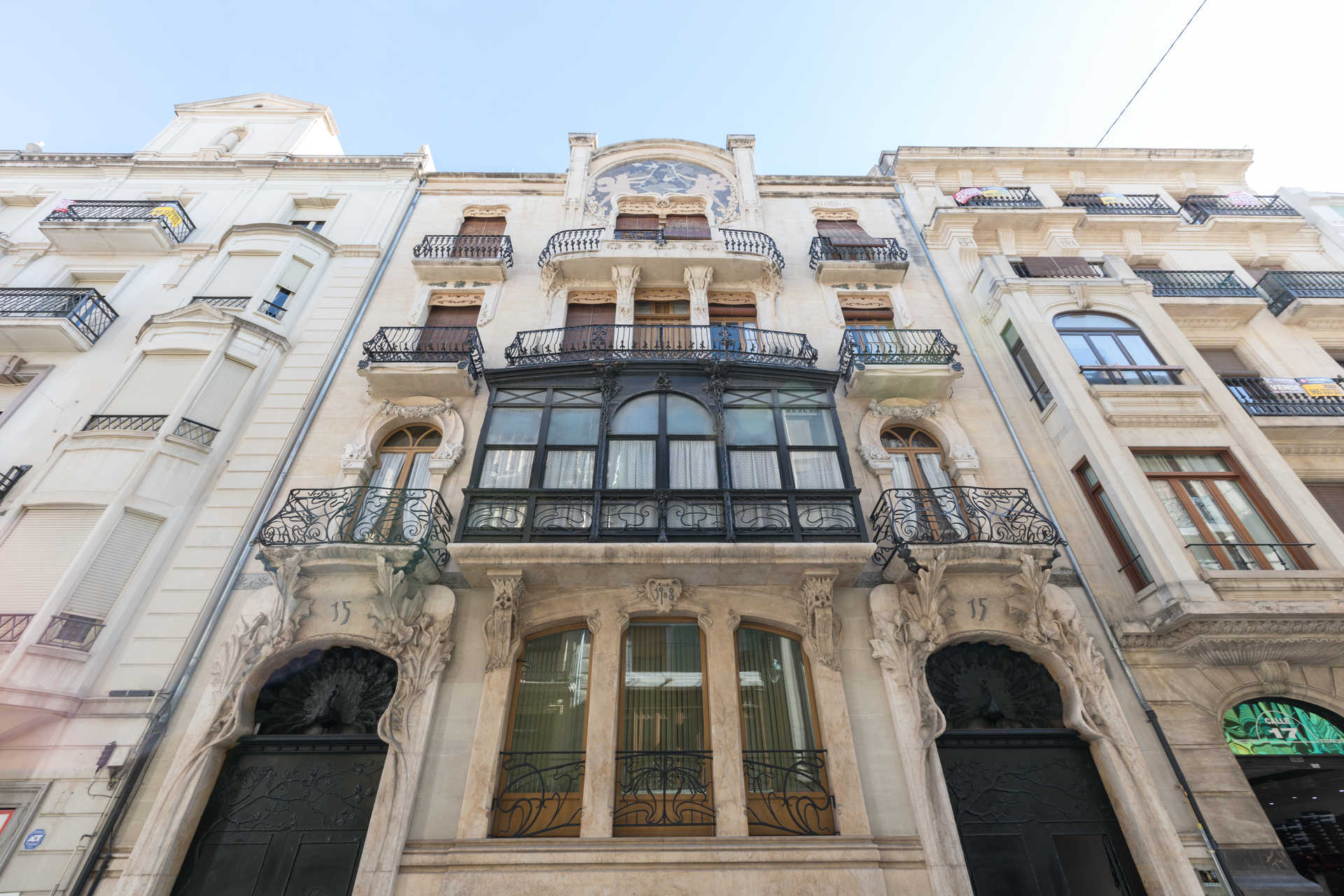 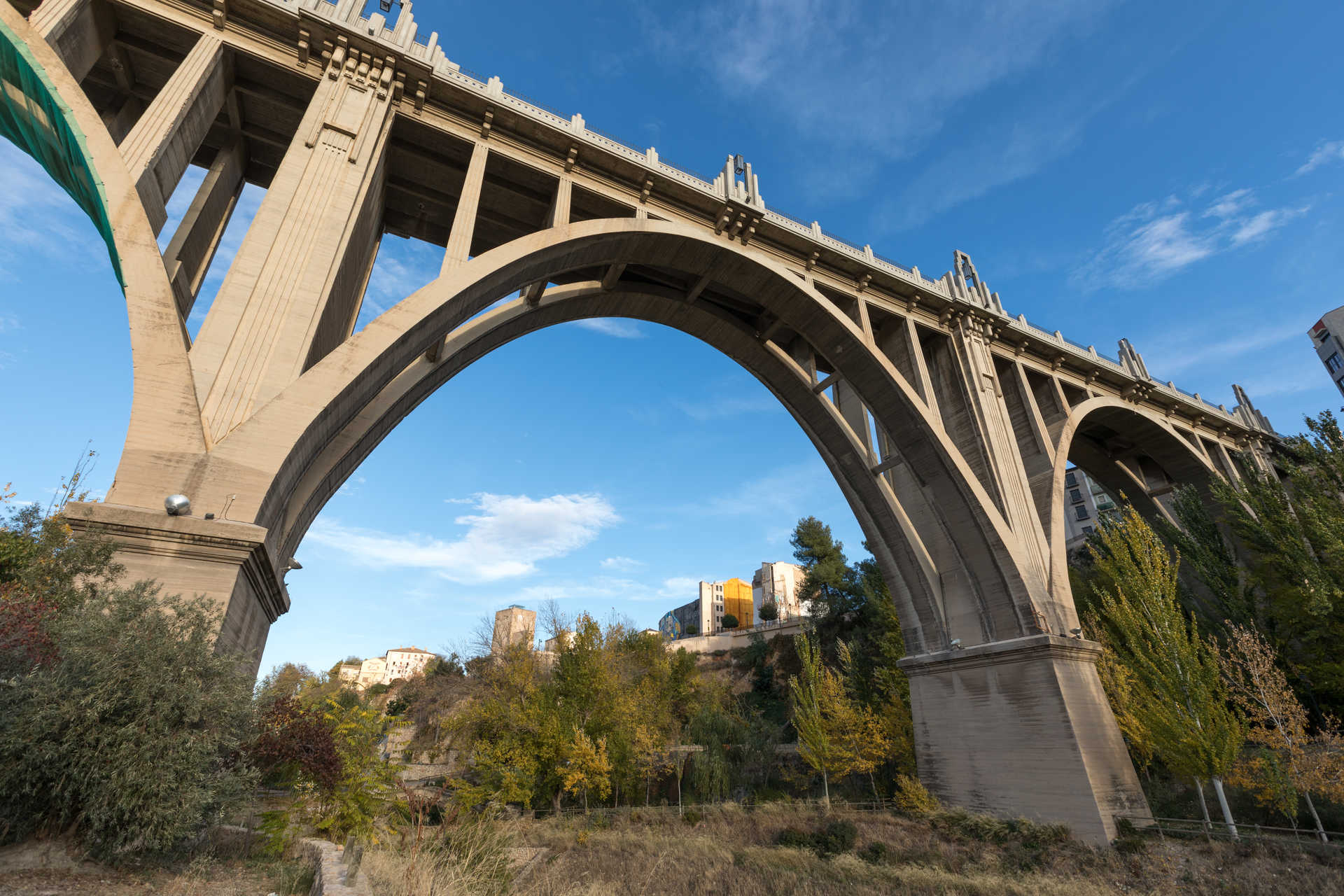 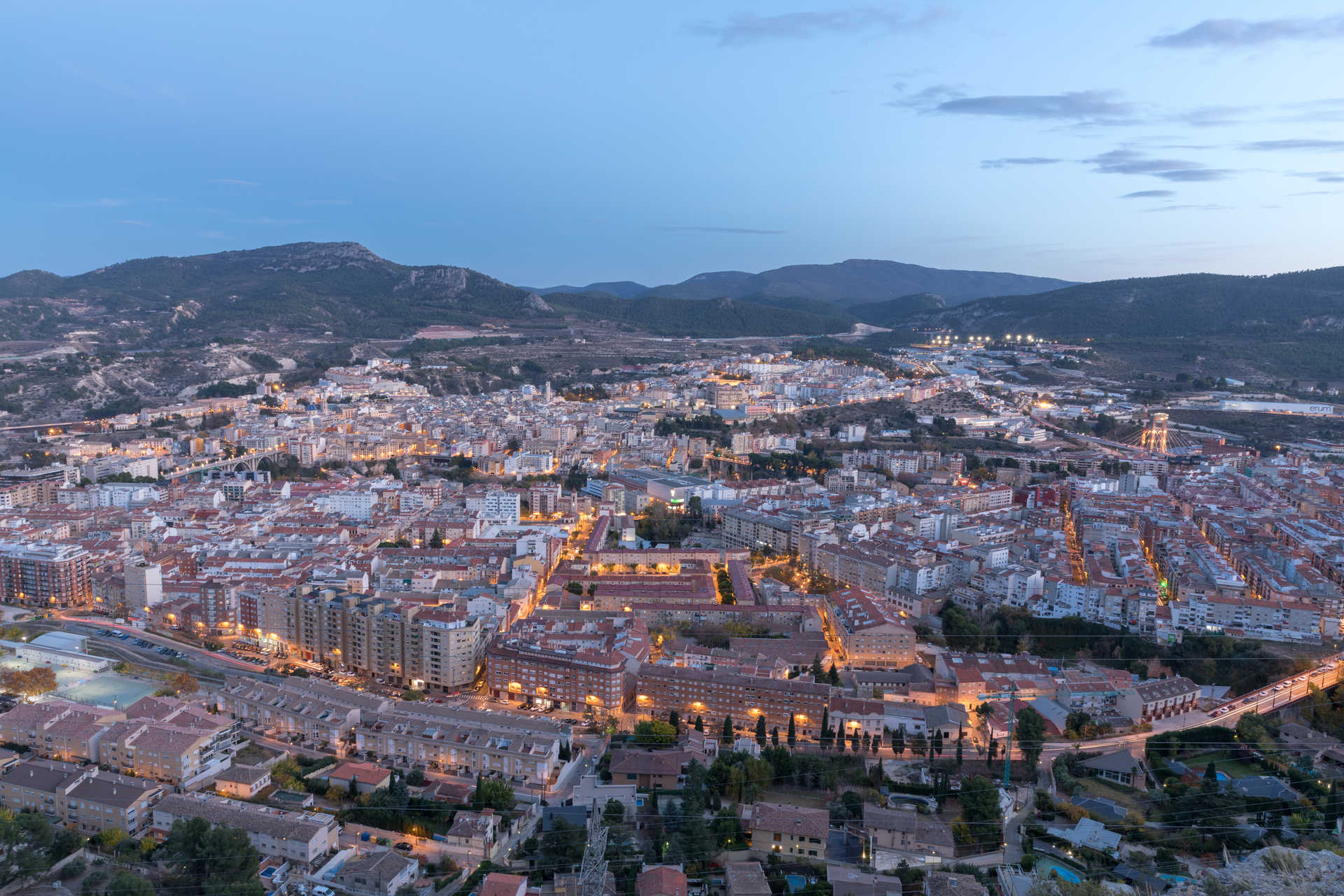 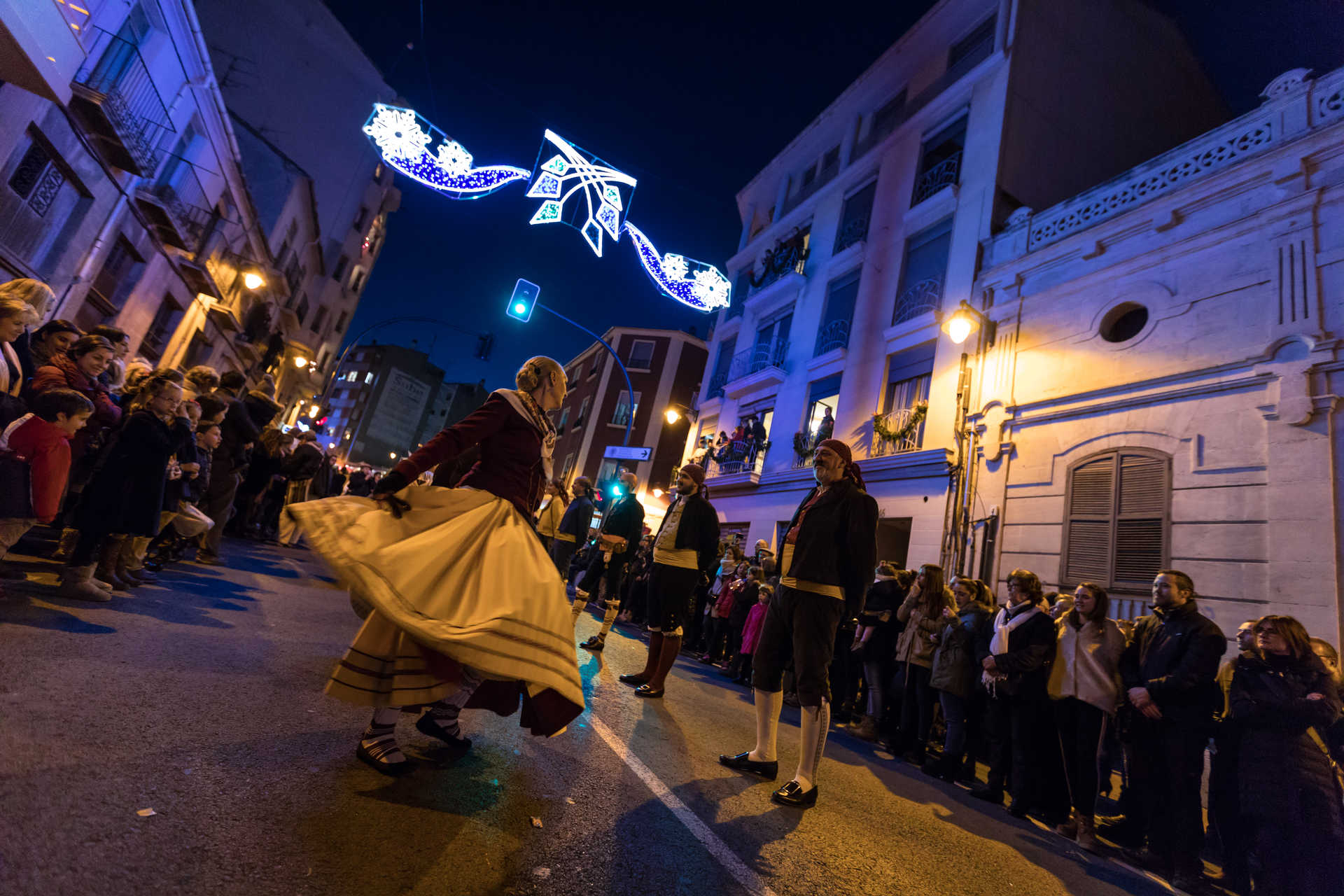 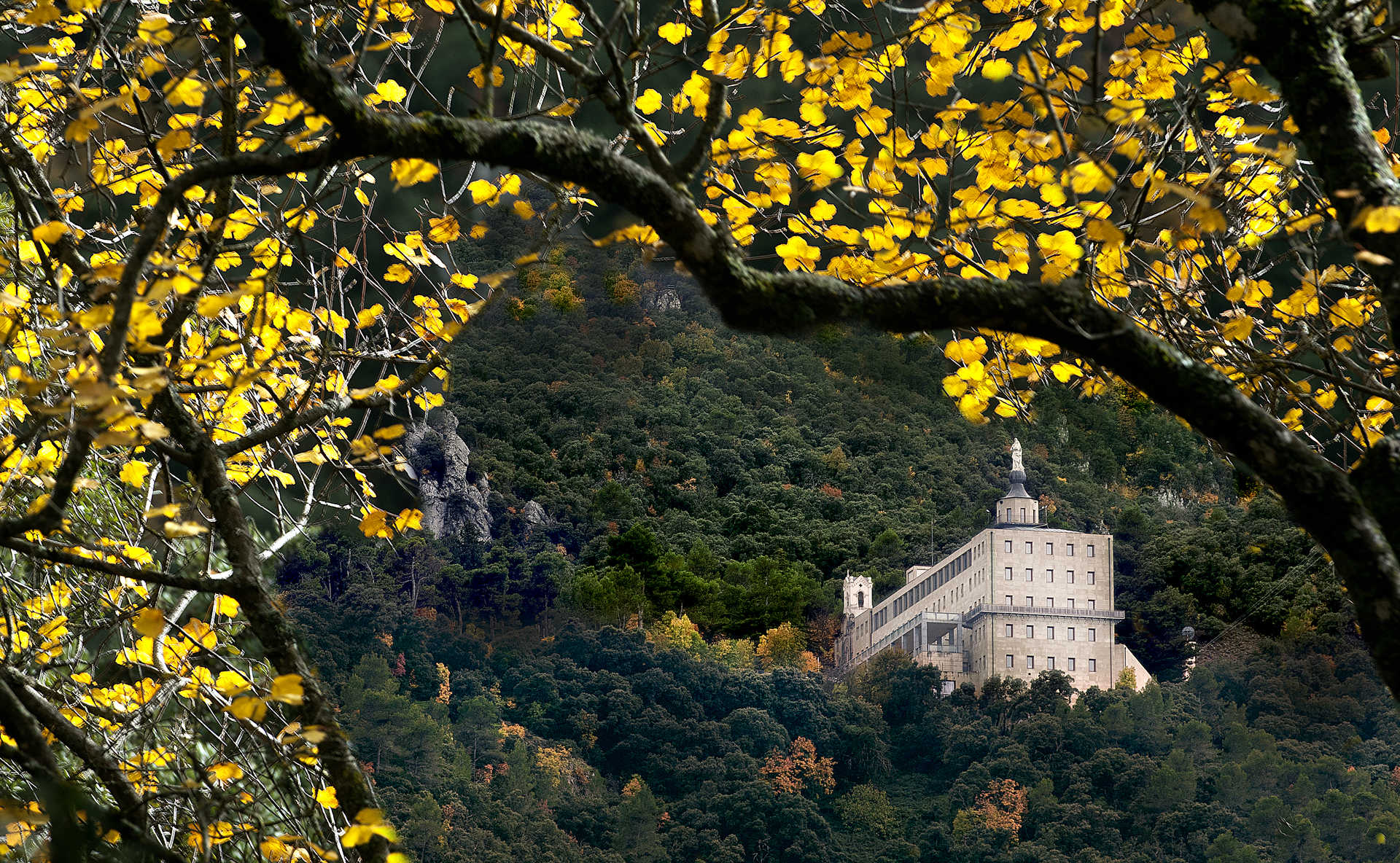 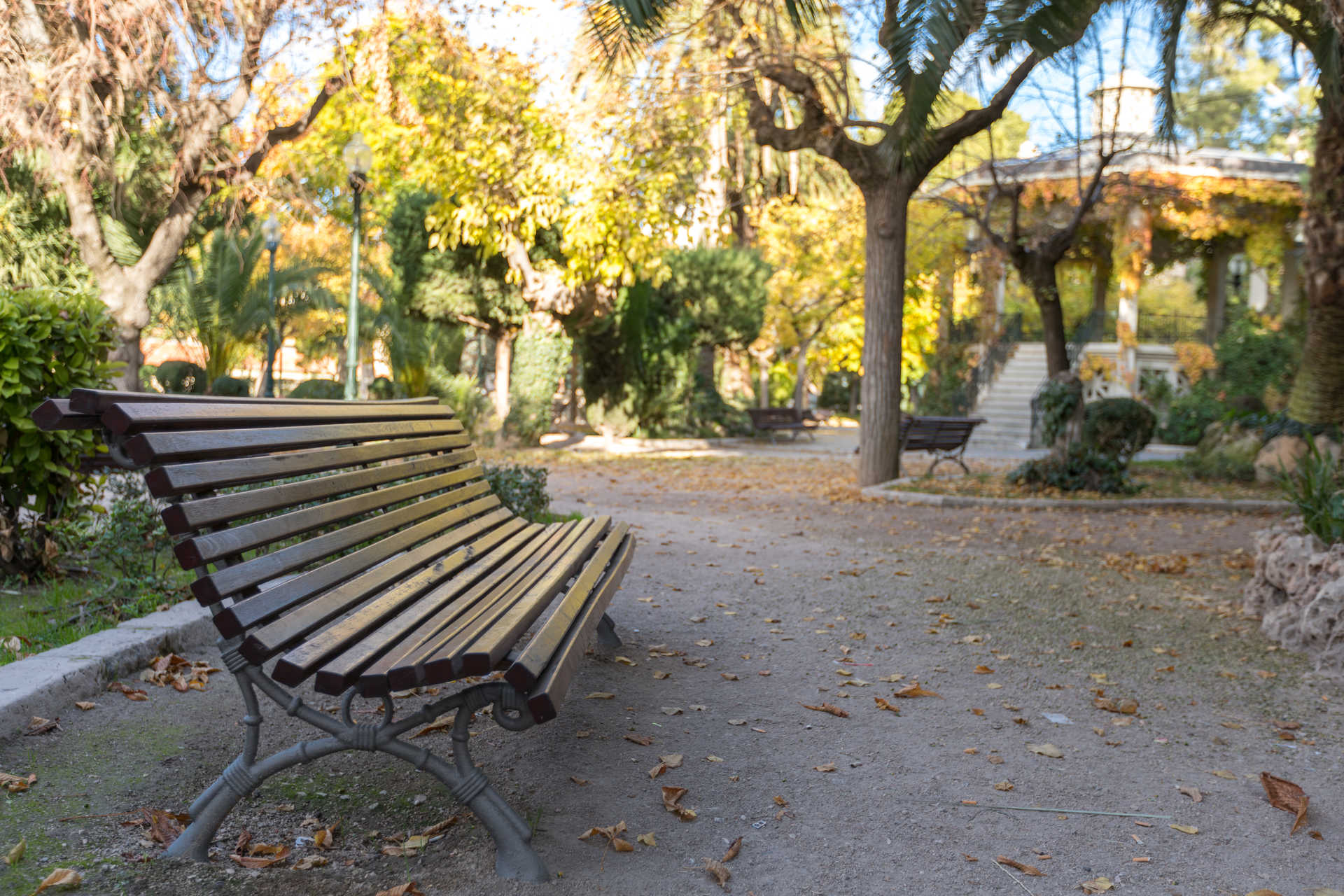 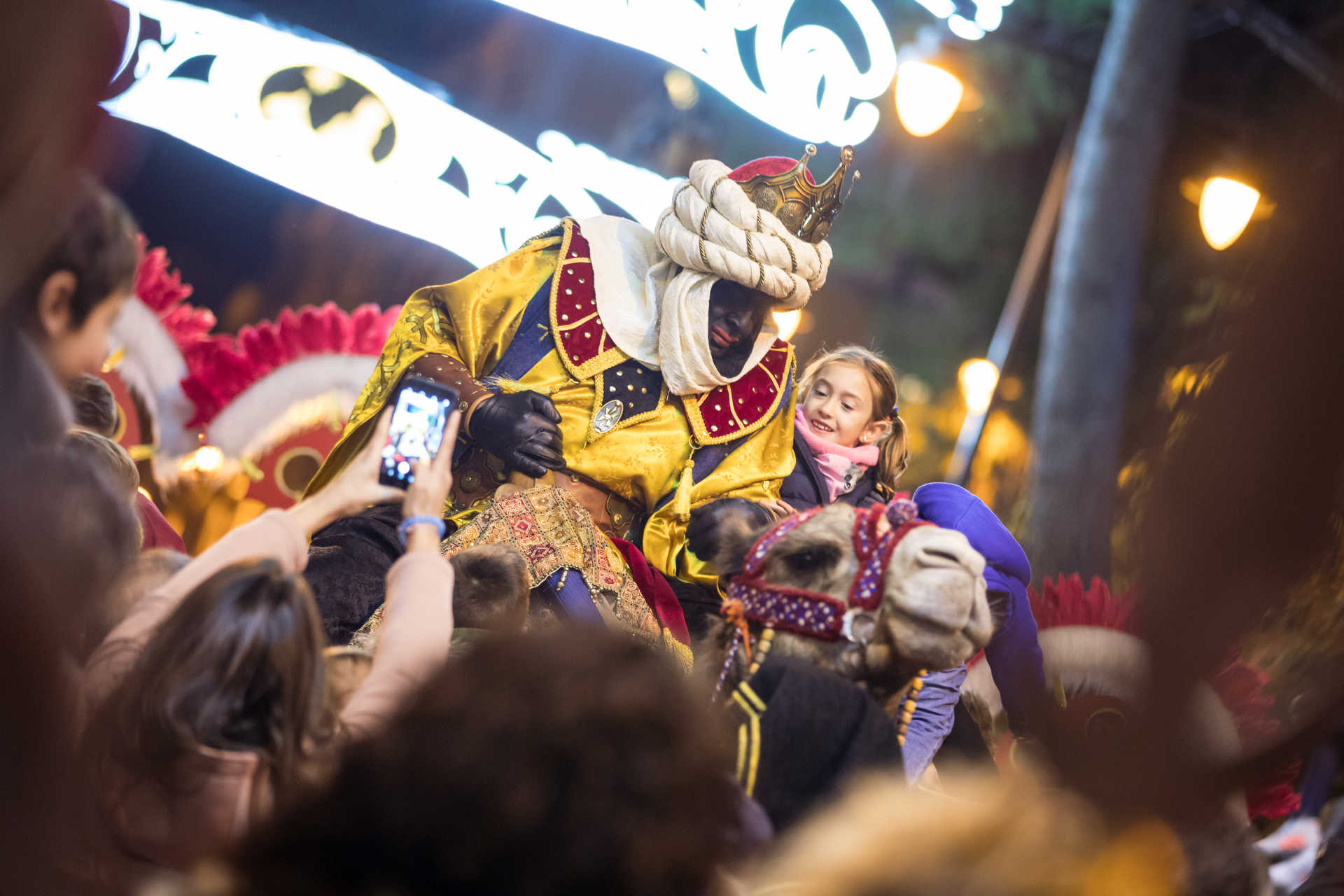 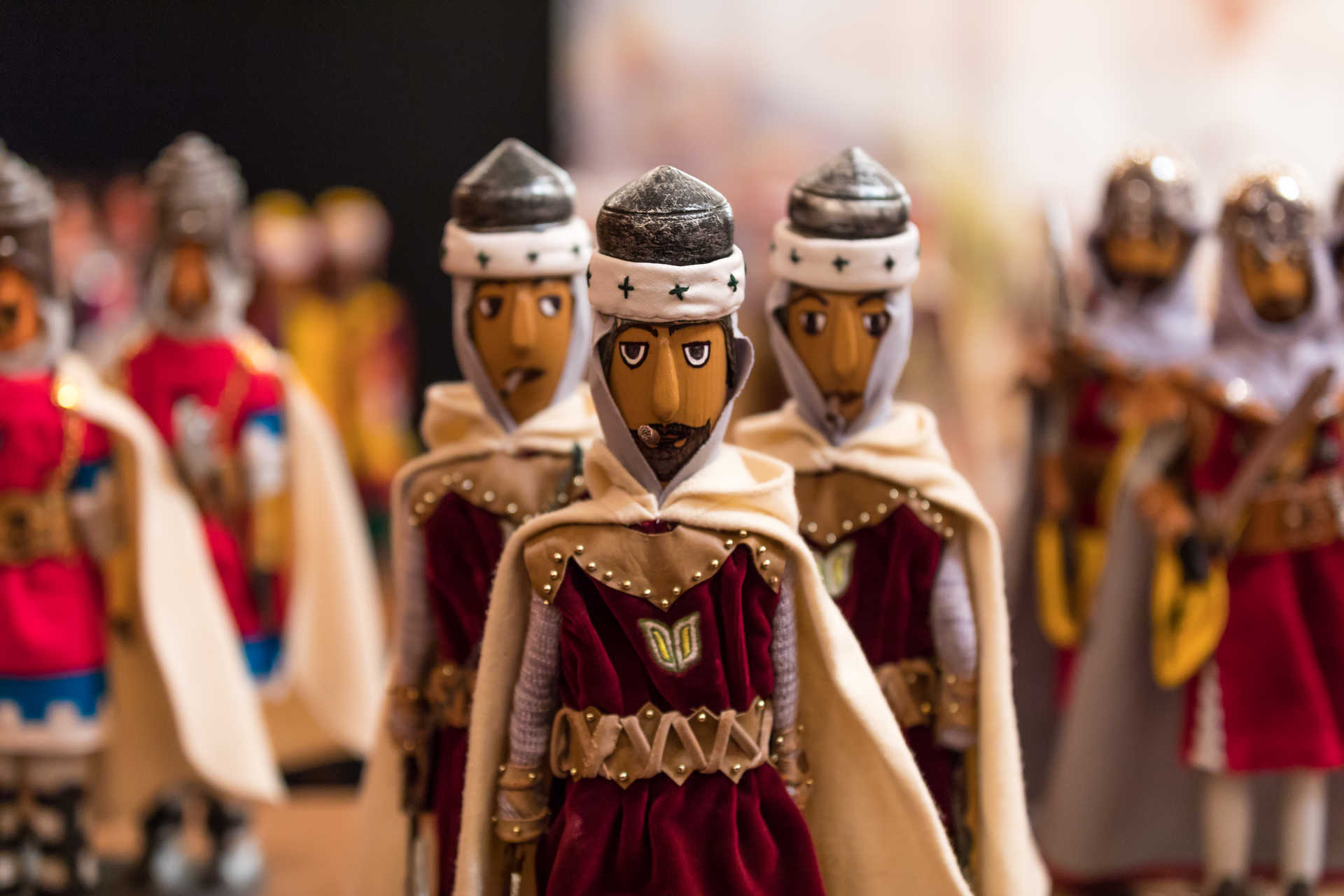 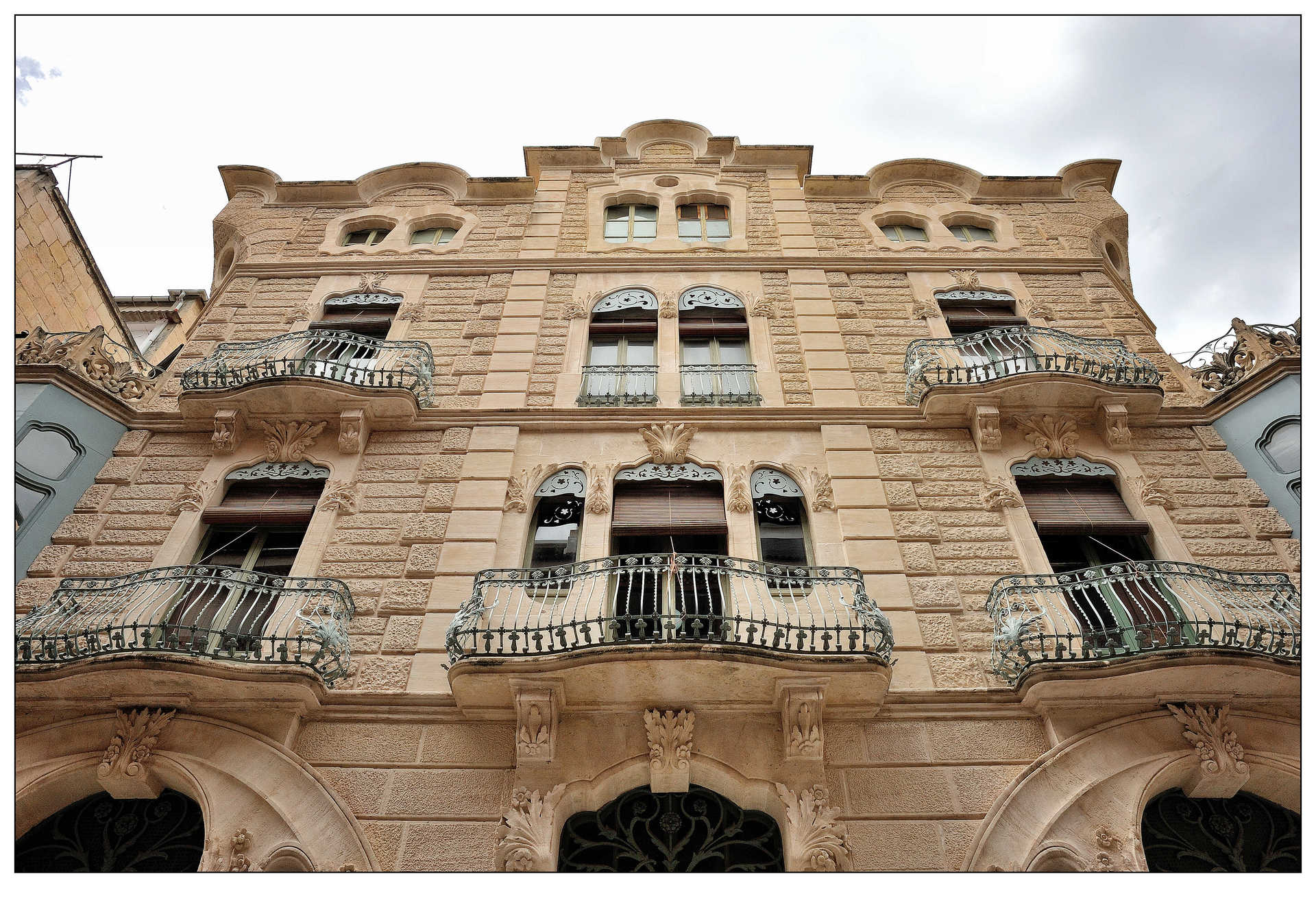 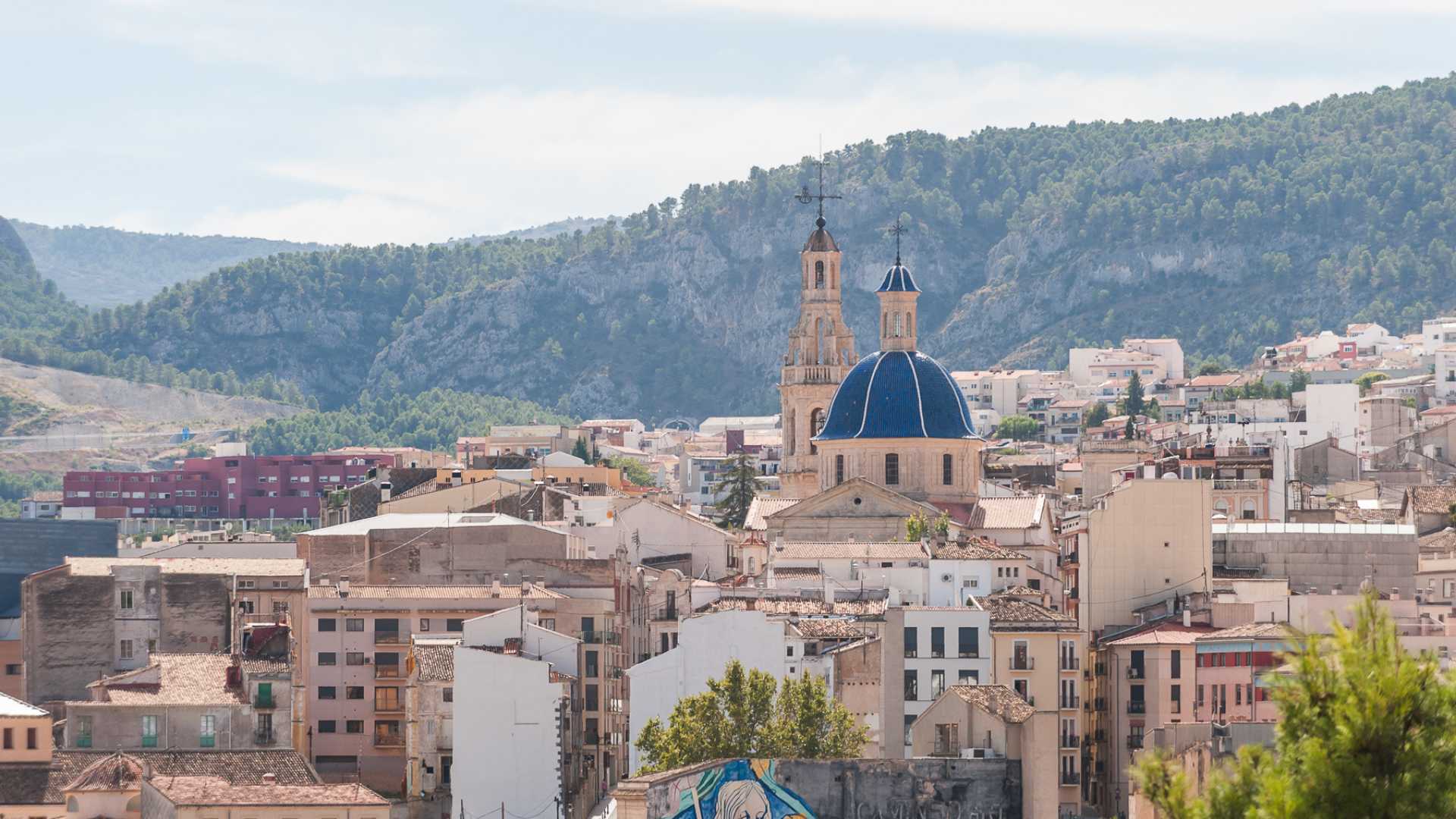 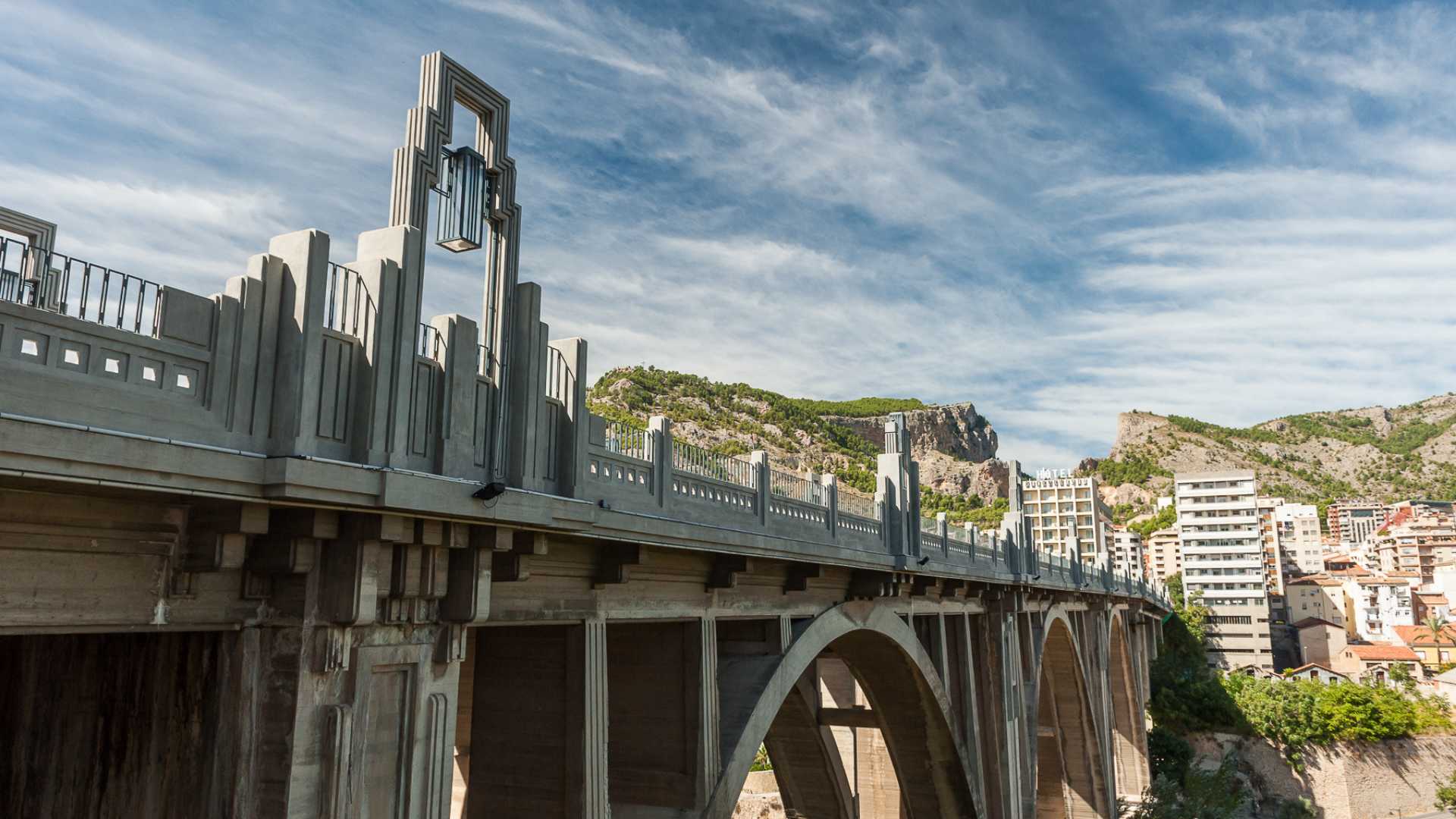 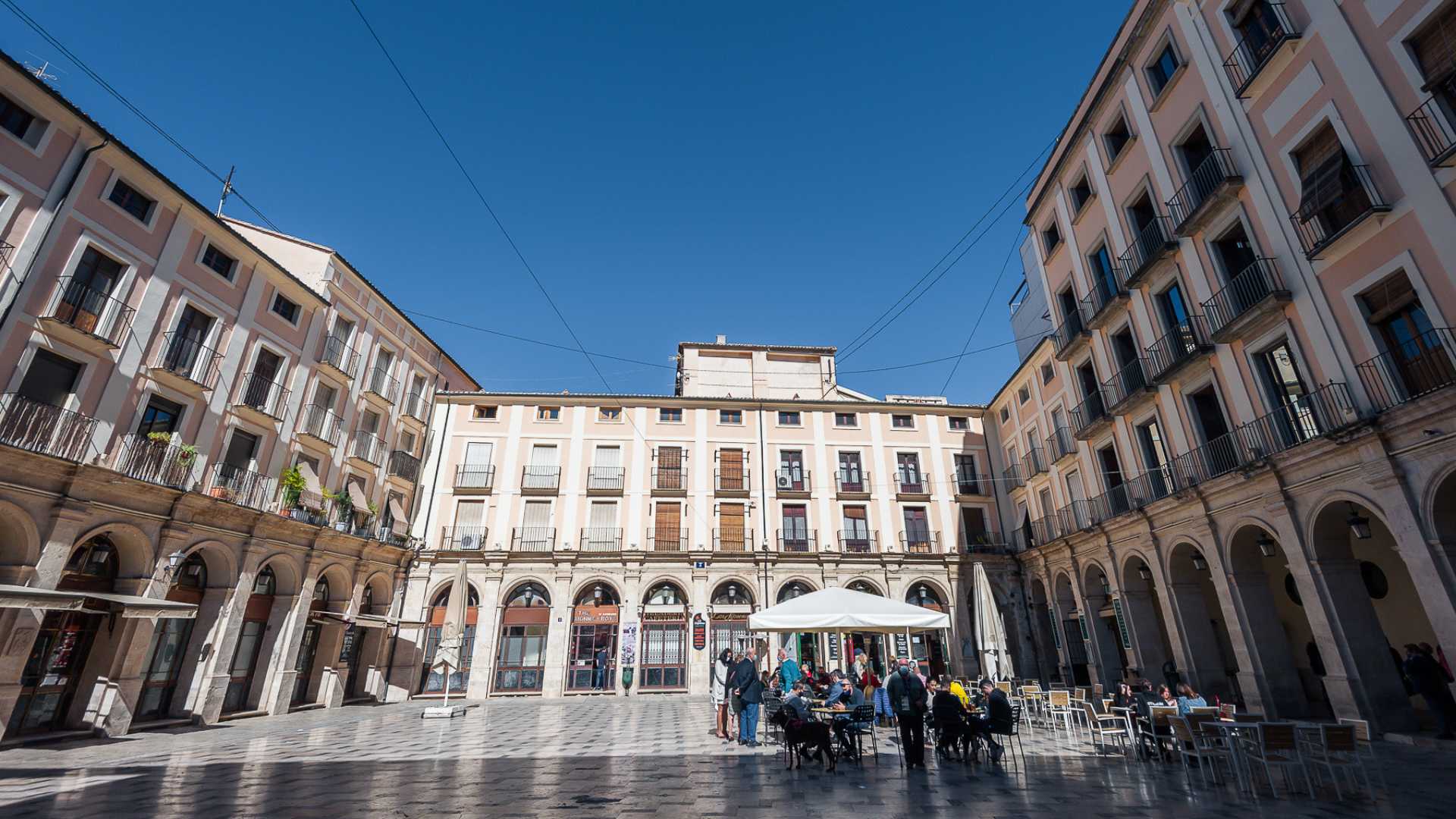 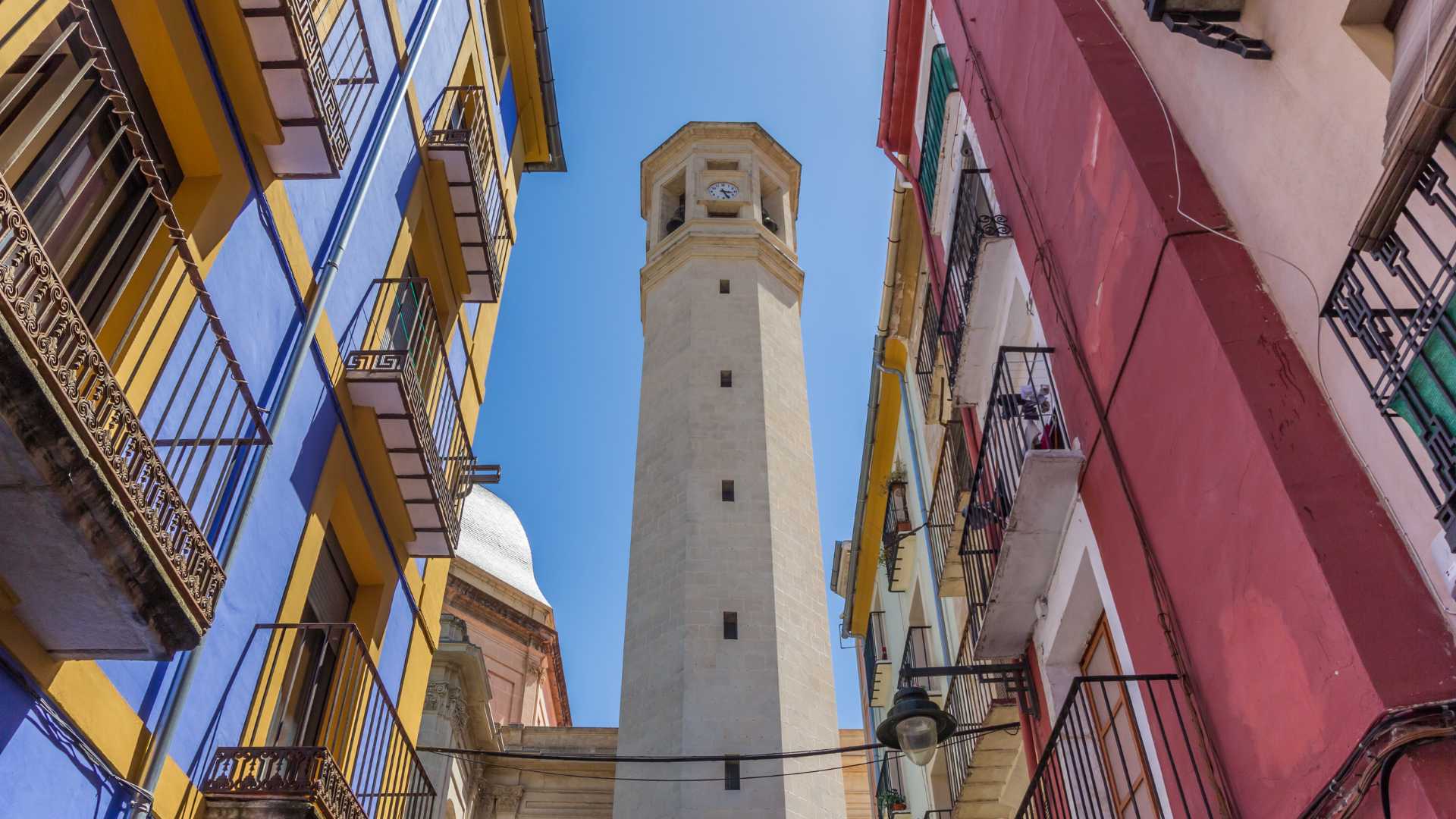 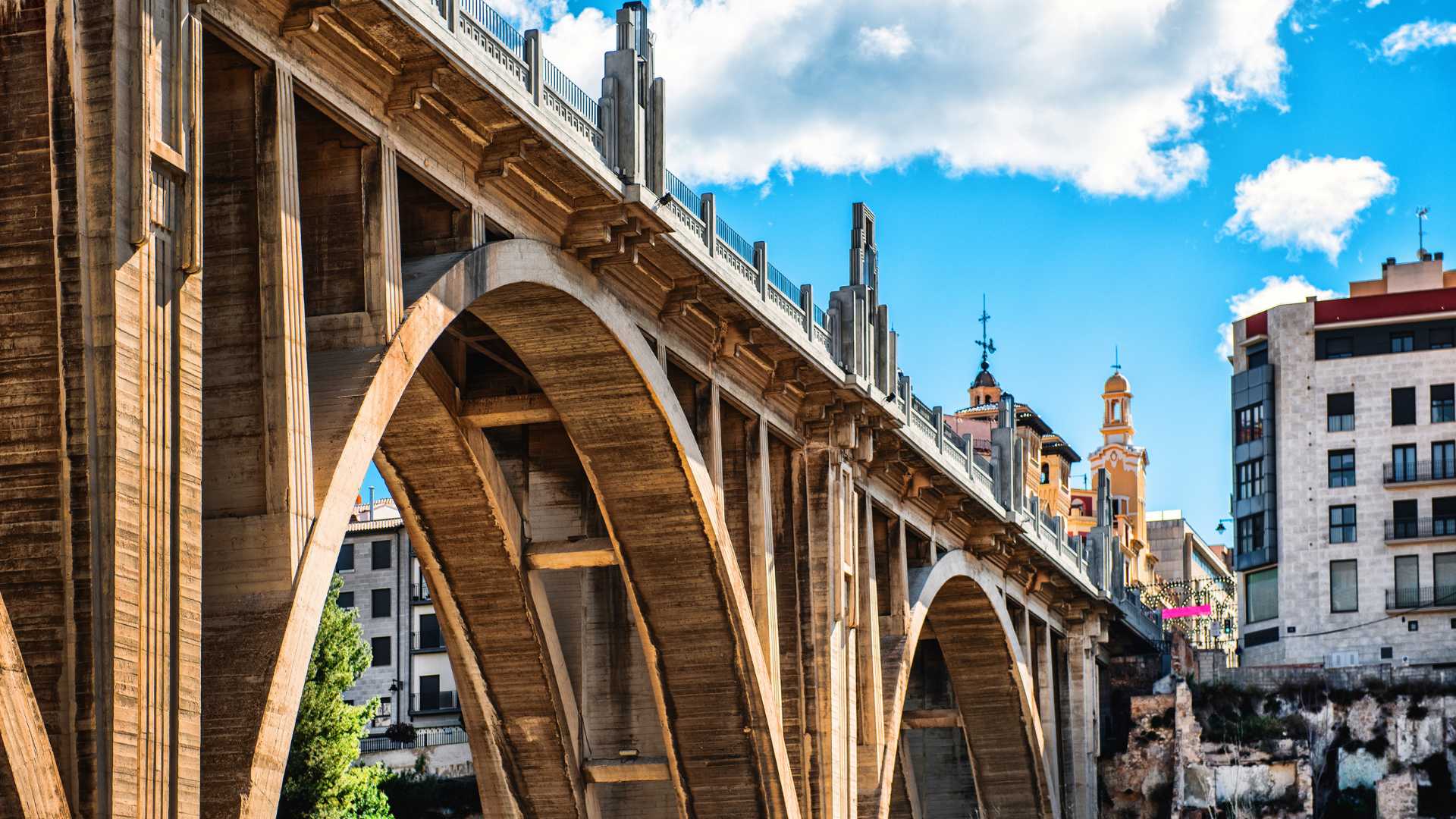 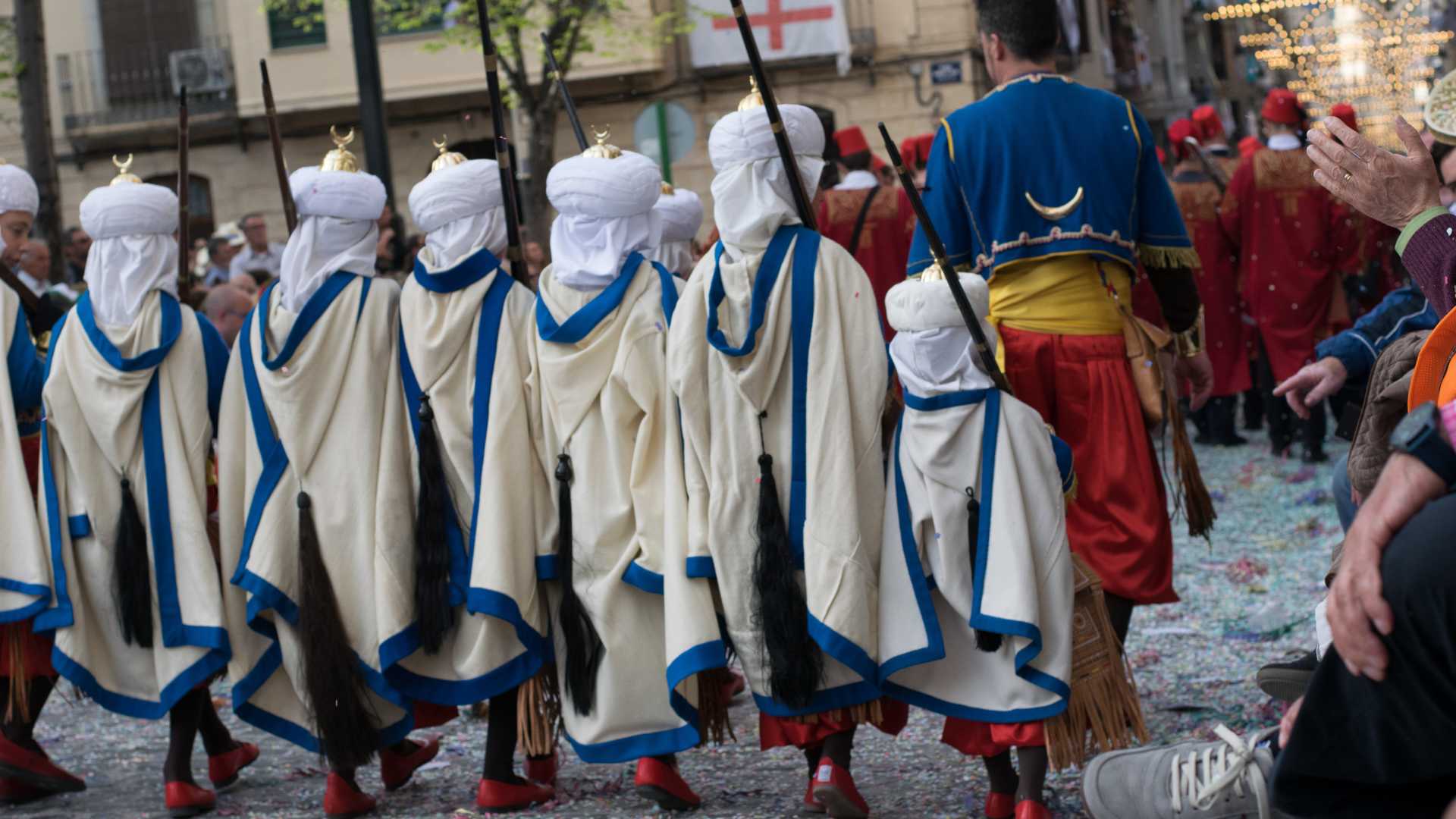 Known as the town of bridges, Alcoy is embraced in the stunning scenery of various naturescapes, namely Sierra de Mariola natural park, El Carrascal de la Font Roja natural park, Els Plans and La Serreta. Whichever way you look, you will see landscape after landscape, as well as some fascinating historic treasures. Come for a visit and spend lazy hours wandering around the historic centre and hiking through the surrounding mountains and countryside.

What to see in Alcoy

If we were asked to name one man-made element that defines the Alcoy skyline, it would be the bridges. These impressive constructions surge above the uneven lay of the land, connecting various parts of the town. Don’t miss María Cristina bridge, Sant Jordi bridge and Viaducto de Canalejas.

The town is replete with some beautiful architecture. Modernism left behind a full catalogue of buildings and monuments that are well worth a visit and the historic centre showcases the town planning ideals of the second half of the 19th century. Santa Rita and San Blas streets also speak of the importance the metal industry played in the town.

Another sight worth passing by is the ayuntamiento or council building. Designed by Jorge Gisbert Berenguer, this academic-style building is full of works of art by local painters and sculptors, such as Ramón Castañer and Adolfo Durá.

Casa de la Cultura is a must-visit if you are keen to see some great treasures of the past. Once a branch of the Bank of Spain, this majestic building will take you aback.

Alcoy is a town with a long history, as can be seen at the Medieval site. Dating back to the year 1256, the year in which the town was founded, this area was once the heart of a settlement which has grown and evolved over the centuries.

There are also plenty of churches, museums and other sights to visit during your time in this pretty inland town. And that’s not to mention its delicious local gastronomy and traditions that are still very much alive.

Alcoy is renowned for the Moors and Christians Festival (an event of international tourist interest), Feria Modernista and the magical trilogy of Alcoi Ciutat del Nadal, which boasts the oldest Cabalgata de Reyes (three kings’ parade) in Spain. In terms of cuisine, there are plenty of traditional recipes for you to try such as olleta, borreta and pericana.

Tradition, history, culture, gastronomy and nature: Alcoy has got everything you could possibly want and more. Start planning a getaway and get ready to make some unforgettable memories.

From Valencia, the access to the city is via the A-7, direction N-340 until Alcoy. From Alicante, the access is exactly the same one, taking the A-7 towards N-340 Alcoy. 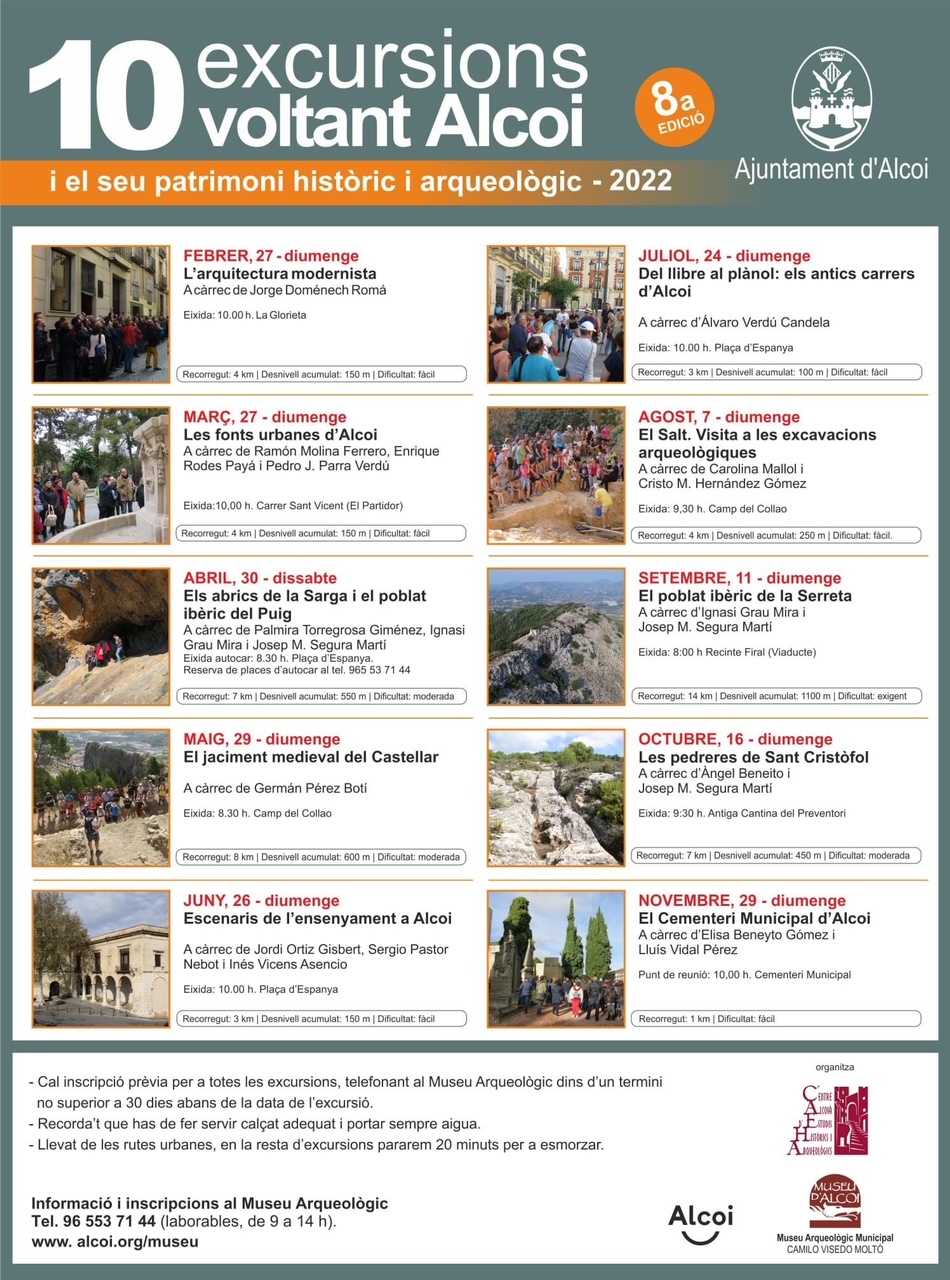 This year, Alcoy is hosting a programme of guided tours that will take you on an exploration of a municipality boasting an incredible array of sights and points of interest.

You will have the opportunity to gaze at the town’s beautiful Modernist architecture and wander historic streets, discovering fountains, places of education and even the local cemetery. And that’s not all. There are also excursions to the Pedreres de San Cristòfol landscape, the Medieval archaeological site of El Castellar, the Iberian settlements of La Serreta and El Puig, La Sarga rock shelters and El Salt archaeological site. 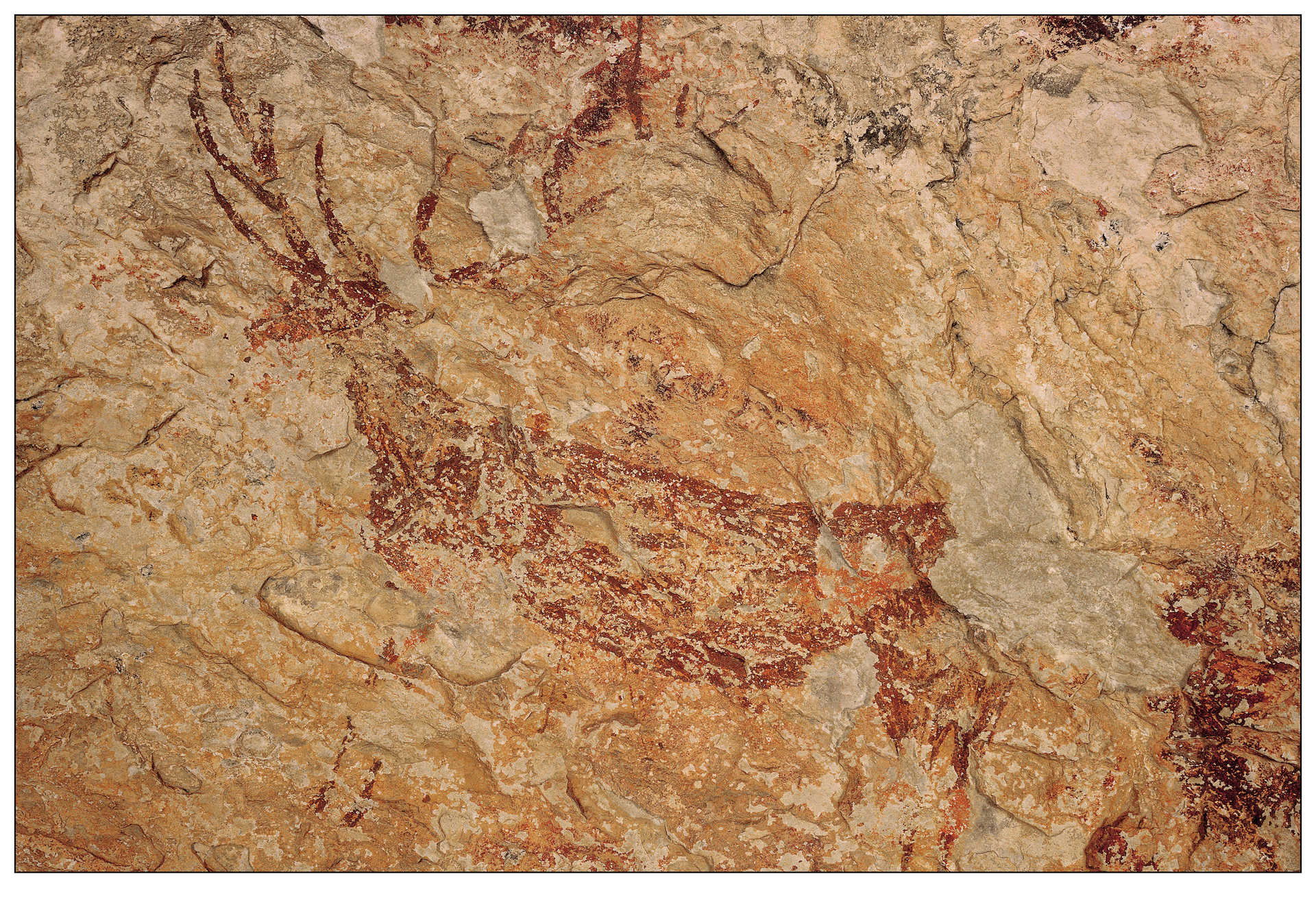 Alcoy is perhaps best known for its Moors and Christians festival, but did you know that the town also boasts a UNESCO archaeological site? La Sarga is home to a number of pieces of prehistoric rock art, which were discovered in Barranc de la Cova Foradada. Comprising Macro Schematic Art, Levantine Art and Schematic Art, the pieces here represent the prehistoric artistic styles that define the history of the Iberian Peninsula. La Sarga has been listed a Site of Cultural Interest. If you love hiking, art and history, this guided tour is just the thing for you. Don’t miss it. 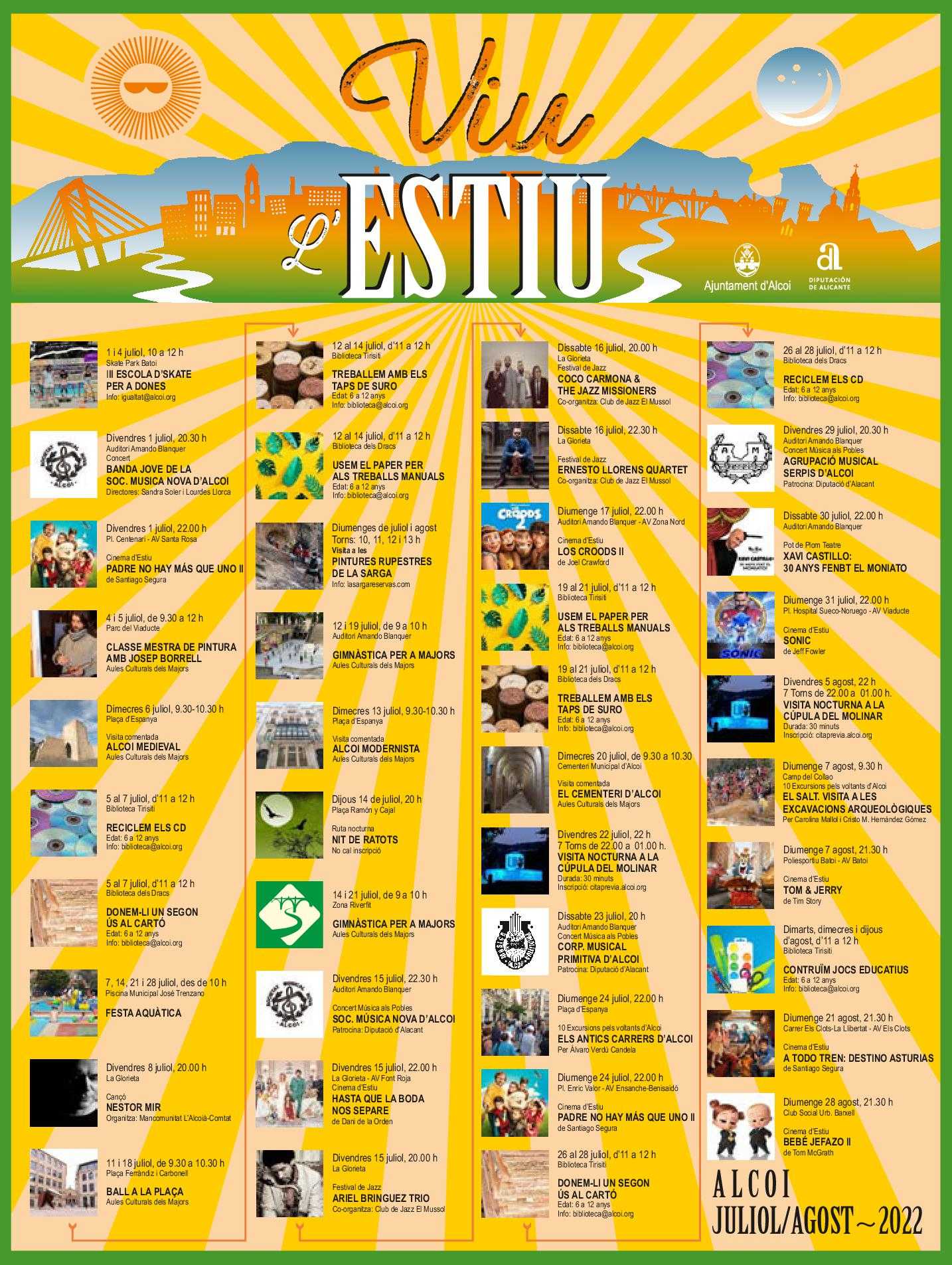 How to Prepare a Pericana Alcoyana
The pericana alcoyana is a typical dish from Alcoy and usually is one of the essential starters of the Christmas Eve menu. 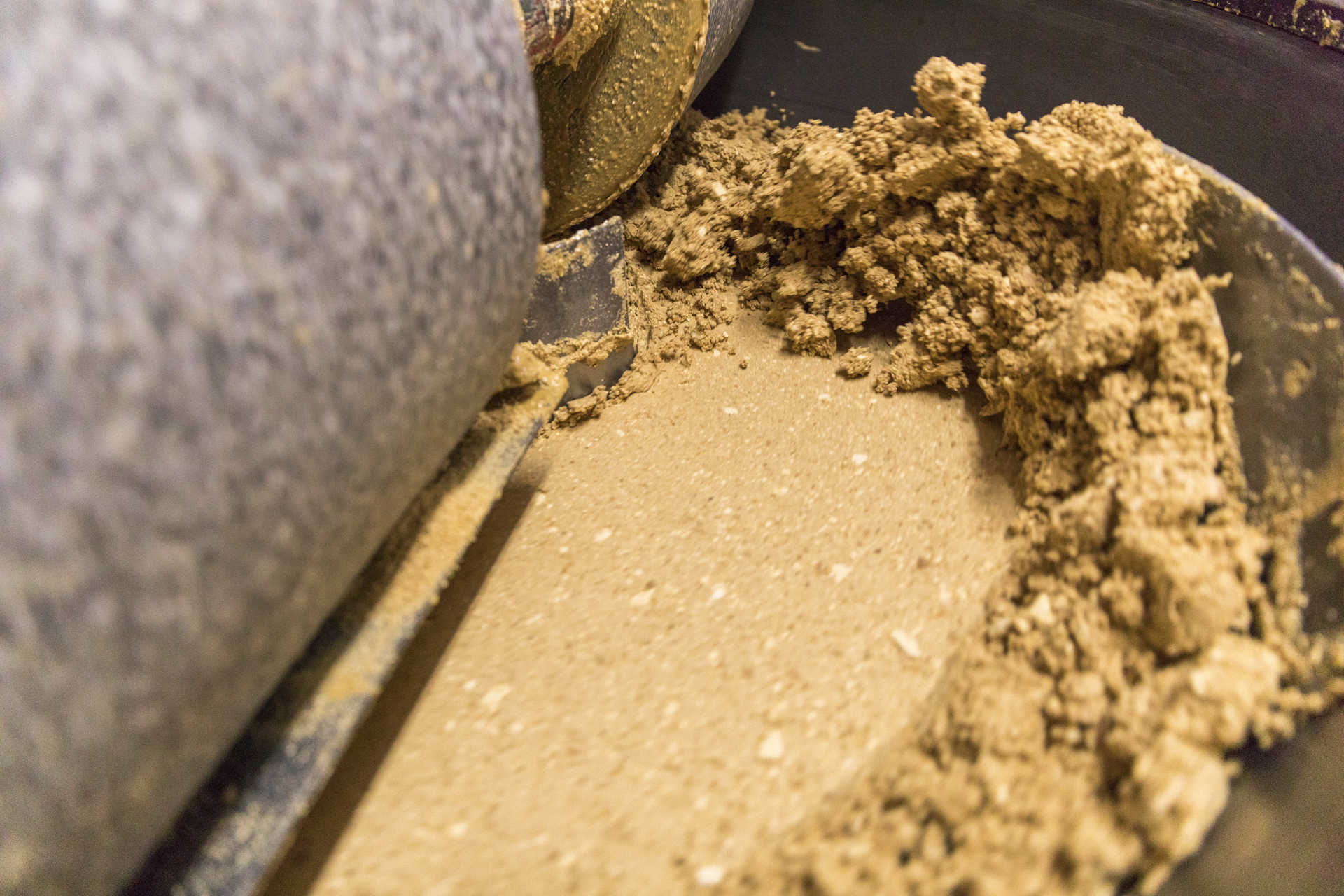 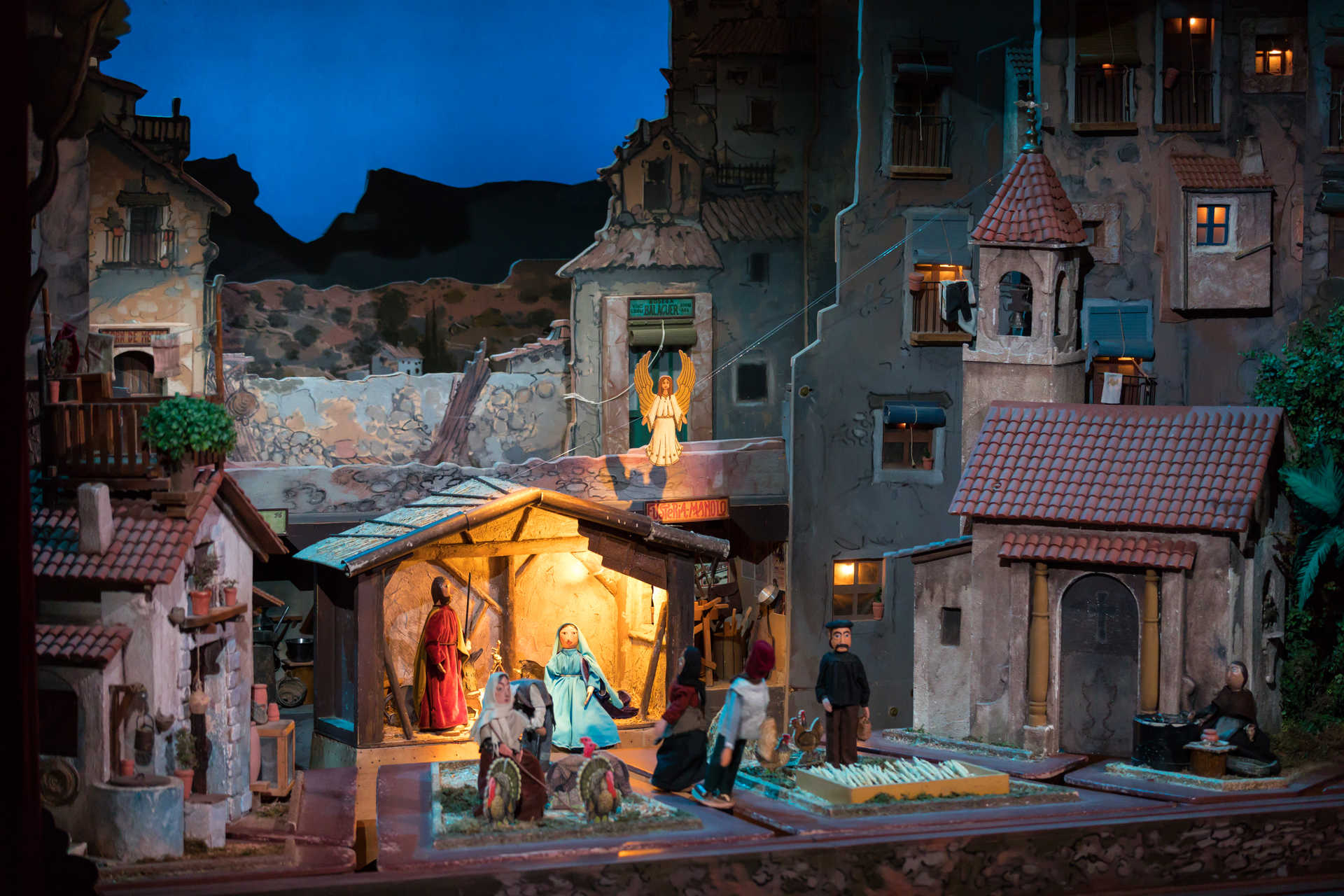 Betlem de Tirisiti, the Puppet Christmas Theatre in Alcoy
An unusual, atypical nativity scene — the arrival of Christmas in the town of Alcoy is revealed by the installation of the Betlem de Tirisiti. Declared an Asset of Cultural Interest, it is a sample of local folklore in the form of a favourite standing puppet and rod puppet theatre. A nativity scene for adults and children that shows traditional scenes of the Alcoy of yesteryear with the liturgy of this type of representations. 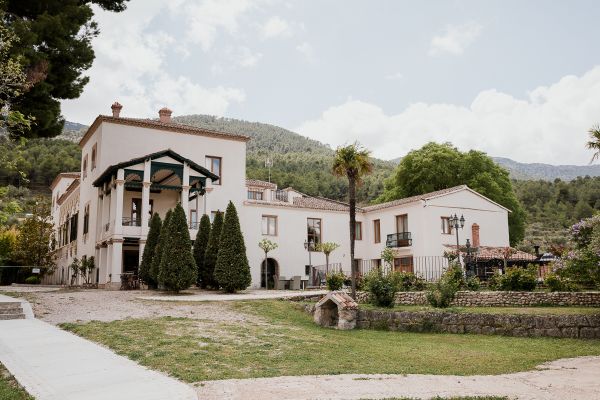 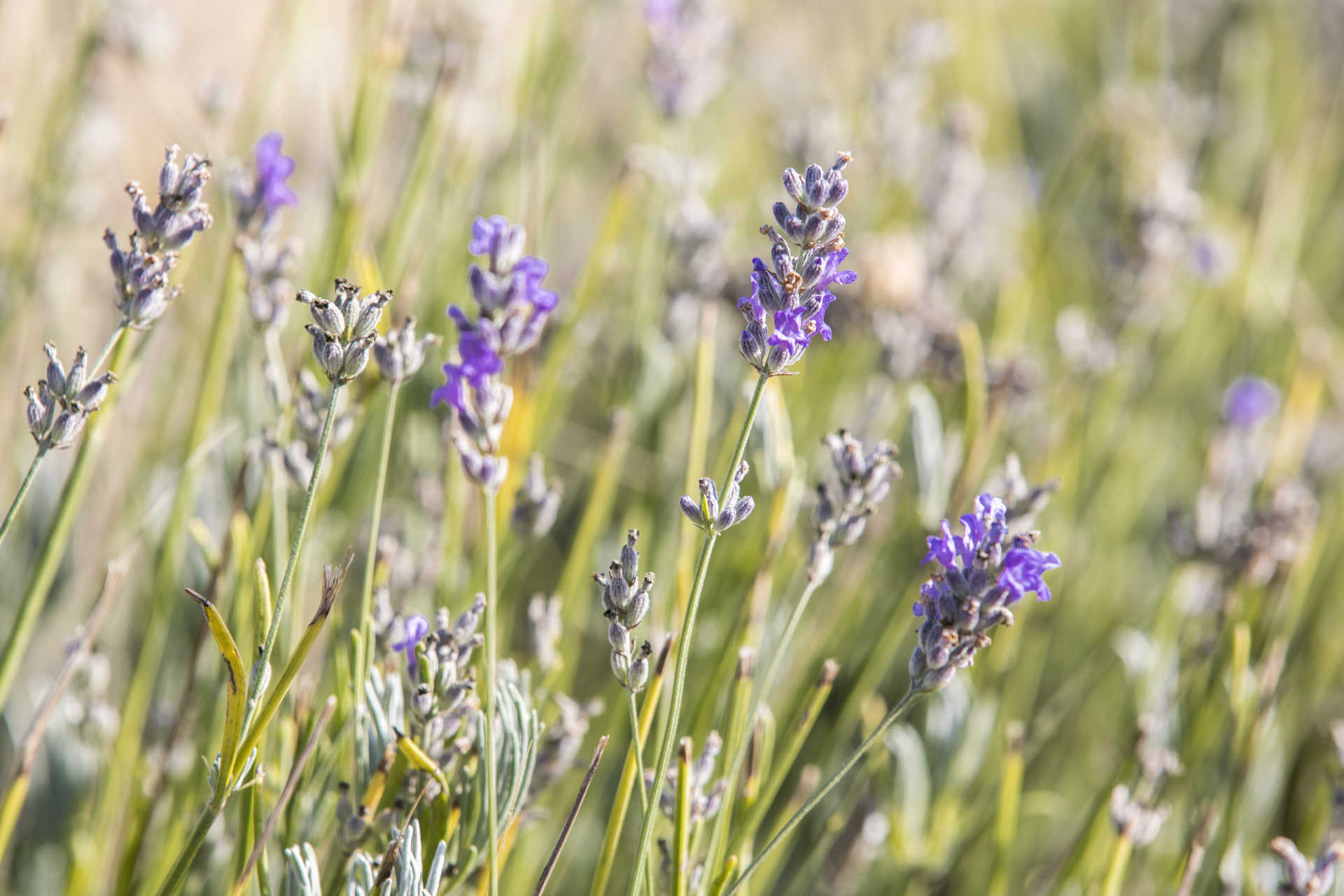