The mocadorà, or mocaorà, is a Valencian tradition that dates back to the 18th century. On the 9th of October, the day of Sant Donis and day of the Valencian Community, each man gives his beloved sweets made with marzipan wrapped in a handkerchief. The handkerchief in Valencian is called "mocador," and hence the name of this deliciously popular tradition.

History of the mocadorà, a very Valencian tradition

To learn the history of the mocadorà, we have to go to the beginning of the 18th century. With the arrival of the Decretos de Nueva Planta introduced after the War of Succession, Valencians were prohibited from celebrating the entry of Jaume I to València on the 9th of October, as it had been observed for centuries.

Until then, to commemorate that day, thousands of firecrackers and fireworks used to be launched in València. From that moment, the Valencian confectioners decided to make sweets in the shape of these banned bangers. They were the so-called "piulets" and "tronadors," in reference to two of the most popular firecrackers.

Fruits and vegetables were also made from marzipan, as a tribute to the fertility of the Valencian orchards and also referring to the vegetables given by the Moors to the wife of Jaume I, Mrs Violante of Hungary.

It quickly became a habit. The men bought these marzipans to give to their beloved, wrapped in a handkerchief, and that tradition has reached our days.

Today the tradition continues. Men continue to buy these handkerchiefs full of marzipan for their partners, as a gift of the day of Sant Donís, saint patron of all Valencian lovers, which coincidentally happens on the 9th of October.

Most bakeries in the city of València and the surrounding area decorate their windows with hundreds of colourful marzipan figures every year, coinciding with the festivity. Also, the Guild of Bakers and Confectioners of València celebrates the contest of Sant Donís, in which the best mocadorà and the best confectionery showcase of the city are chosen. 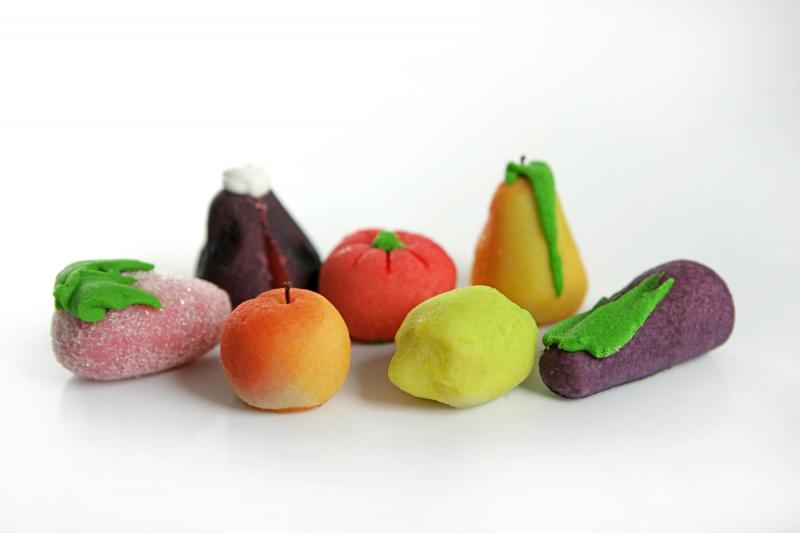 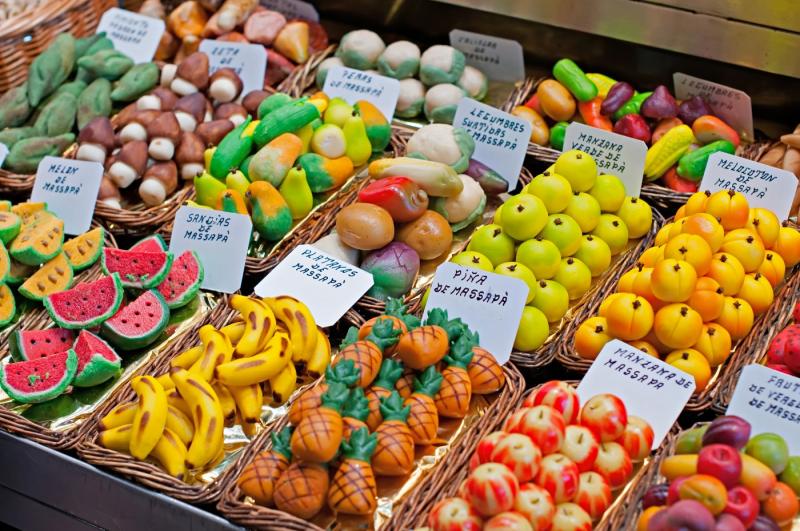