Costa Blanca in Alicante is not only famous for its beaches but also for its large number of castles. The province of Alicante lived an endless amount of great wars and battles, which is why there are numerous defensive constructions throughout its territory.

Here, we present one of the most impressive castles in the entire Region of Valencia, the Castillo de la Atalaya, also known as Castillo de los Pies Negros or Castillo de Villena after the town where it is located.

History of Castillo de la Atalaya
The history of Villena goes back far in time. It is mentioned as Bilyana for the first time already in the treaty of the Muslims with Teodomiro in the year 713. The Castillo de la Atalaya, which stands on top of the hill of San Cristóbal, was built in the 12th century by the Arabs in the Almohad dynasty era when the caliph Yusuf al-Mansur built a series of defensive castles trying to stop Christian troops. The Arabs were able to defend the castle until Jaime I of Aragon reconquered it in 1240. The bordering situation of the castle contributed to its strategic role throughout history. In 1931 the castle was declared a Historical and Artistic Monument of Cultural Interest.

Castillo de la Atalaya today
Although the origin of the Atalaya Castle dates back to the 12th century, what we can see today is the result of several architectural interventions over many centuries. The most critical renovations and extensions took place in the 15th and 16th centuries. The castle has two walls: the outer wall, defended by a dozen towers, and the inner wall, which forms circular buckets. The jewel of the castle is the powerful Torre del Homenaje, four floors high. The first two floors are from the Almohad era, while the Christians built the upper levels after the reconquest. In the tower stand the Almohad vaults that you can see in the first two floors and the well-preserved graffito in its different rooms. Some graffito show Muslim symbolism, while others have Christian writing. They will transport you to the times of the Succession and Independence Wars when these walls were full of prisoners. 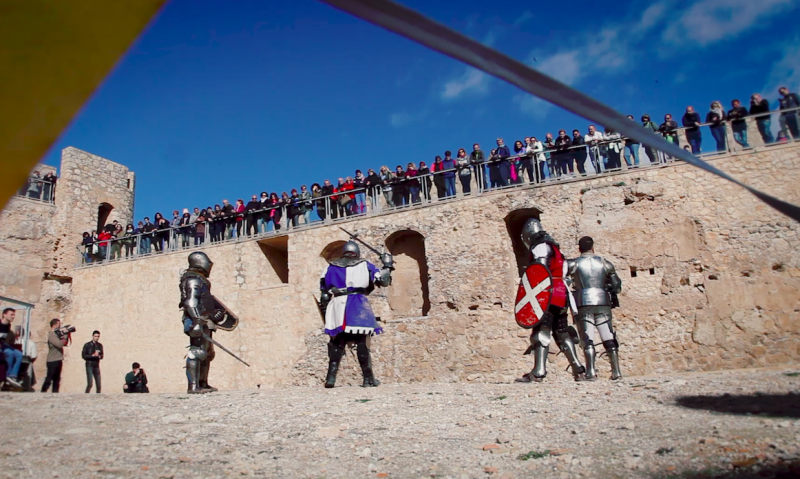 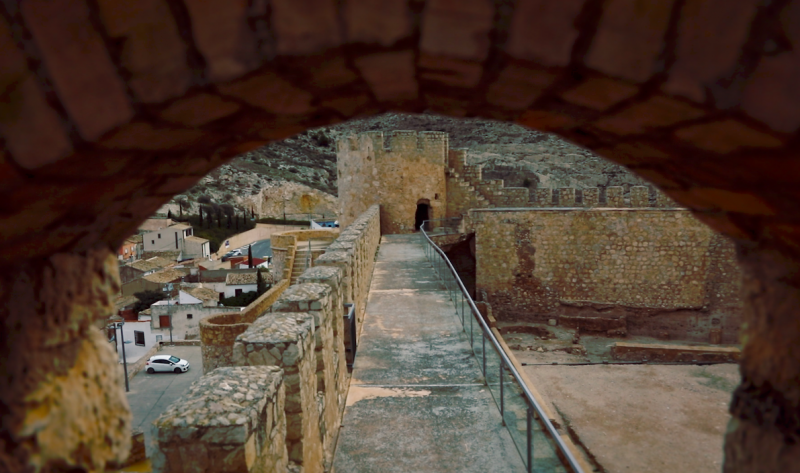