Benidorm Island: What You Should Know about the Islet of Benidorm

If there is an icon that represents Benidorm, that is an island located off its coast. What do you know about it? Discover everything you need to know before going there.

The island of Benidorm (also known as the Isla de los Periodistas) is located two miles from the beach. Its surface is 6.75 hectares and reaches 73 meters of altitude. In spite of its short extension, it has high ecological and landscape richness, with a vital reef that attracts divers and predatory fish such as the amberjack, the barracuda, or the dentex. You can also find moray eels and octopi that take refuge in the base of the rock.

Many birds are attracted to the islet. It is common to see species such as the European storm petrel, the peregrine falcon, or the Sardinian warbler.

As for its flora, we find vegetation such as the maritime marshmallow, the wild olive tree, the cambrón, the fagonia cretica, and the common hawthorn, among others.

At the moment, it is an uninhabited island, but centuries ago it served as the base of operations for the pirates that attacked the coast and also as a refuge from cholera.

Several companies offer boat trips to the island of Benidorm. A journey of only 15 minutes, where you can enjoy the views towards the coast and the seabed. There, you can take a beautiful hiking route, swim or snorkel before trying a delicious Mediterranean meal in the only restaurant on the island.

It is advisable to wear a hat, sunglasses and sunscreen, as well as comfortable shoes. 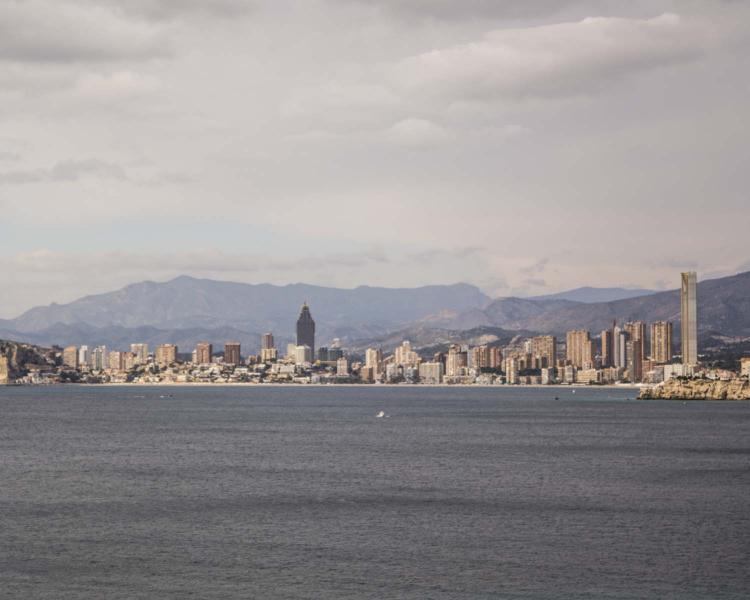